New South Wales’ oldest regional gallery rethinks the outback through a contemporary art prize.
Gina Fairley
[This is archived content and may not display in the originally intended format.] 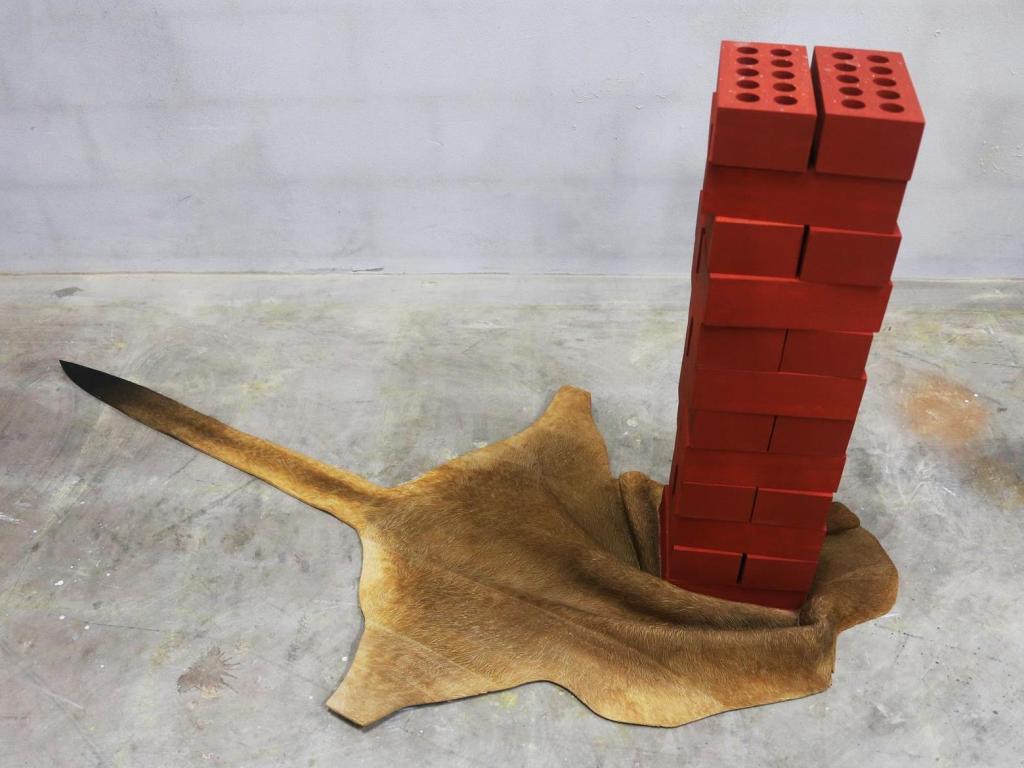 Last year’s Pro Hart Outback Art Prize received a record number of entrants, just shy of 300 artworks from across Australia. Clearly, there is a growing interest in regional and remote Australia, and a recognition of the opportunity such regions offer artists.

And with between 30 – 40 finalists shortlisted, that also means the Pro Hart Outback Art Prize offers pretty good odds for those keen to grow their career and put their work in the spotlight.

What sets the Pro Hart Outback Art Prize apart is that it takes a well-oiled topic and shakes it up, inviting artworks in any medium that reflect the spirit and diversity of the Australian outback.

Tara Callaghan, Gallery and Museum Manager at Broken Hill Regional Art Gallery told ArtsHub: ‘I think the theme is interesting – people go for it or they don’t.’

Broken Hill Regional Art Gallery (BHRAG) is the oldest regional art gallery in New South Wales, and houses one of the biggest and most significant collections in regional Australia, valued at over $9.5 million.

‘It is really exciting to be able to add contemporary pieces to the Collection, to be constantly rethinking its viability – that is something the major sponsor, the Hart Family, totally supports,’ Callaghan said.

As well as strikingly contemporary works, the Prize attracts artists of outstanding calibre.

‘We definitely hit the money last year with Abdul Rahman Abdullah’s winning work. In a town with just 17,000 people we couldn’t afford to purchase a work like his, and it is incredibly exciting to have a piece like that in the Collection – one that really pushes outside two-dimensional work, which has traditionally dominated the Collection,’ she said.

Abdul Rahman Abdullah’s winning work, Footprint, depicted a pile of bricks pinning down a highly realistic kangaroo skin carved from wood. The piece has been described as ‘depicting a landscape under siege,’ with the artist adding that it was intended to highlight the impact of humans on the natural environment.

Callaghan said the choice created a bit of controversy last year. ‘People didn’t realise it was carved in wood and it created a bit of a social media storm. That was a bit of fun. But it was a really good example how the Prize asks: what are the contemporary issues for outback Australia – where is the outback heading, what have we done to it and what is our connection to it in these post-colonial times?’

The award’s national profile has been steadily growing. With Broken Hill positioned geographically at the meeting point of NSW, South Australia and Victoria, it is not surprising it attracts a broad national voice.

Callaghan stressed that the Prize is open to all media, with interest in video works and three-dimensional works growing.

‘It is an amazing tribute to Pro Hart because he really cared about the local arts community. He did amazing sculptural works that people don’t know about, so he would be totally supportive of the prize’s contemporary focus,’ said Callaghan.

What you need to know

The entry fee for the Pro Hart Outback Art Prize is $35. There is no restriction on the media or the scale for the work entered.

Given the remote location of the Broken Hill Regional Art Gallery, selected finalists are responsible for their own freight costs.

The gallery encourages all considering entering the Prize to maximize the opportunity to present great visuals.

‘This is an issue that comes up every year, and we often have to request better images from entrants. Because we are so remote we don’t have an option to see the works [in the flesh] so we are reliant on either still images or a video format,’ explained Callaghan.

The Prizes are awarded by an independent guest judge of standing.

‘There is a real anticipation locally for the Prize’s return each year, and it has become quite a catalyst, not just for locals but for people travelling through,’ Callaghan concluded. ‘We want people from everywhere to enter.’