Arts Centre Melbourne has taken a leadership role in developing a new program, developed by experts, to improve health and mental health in the arts.
Richard Watts
[This is archived content and may not display in the originally intended format.] 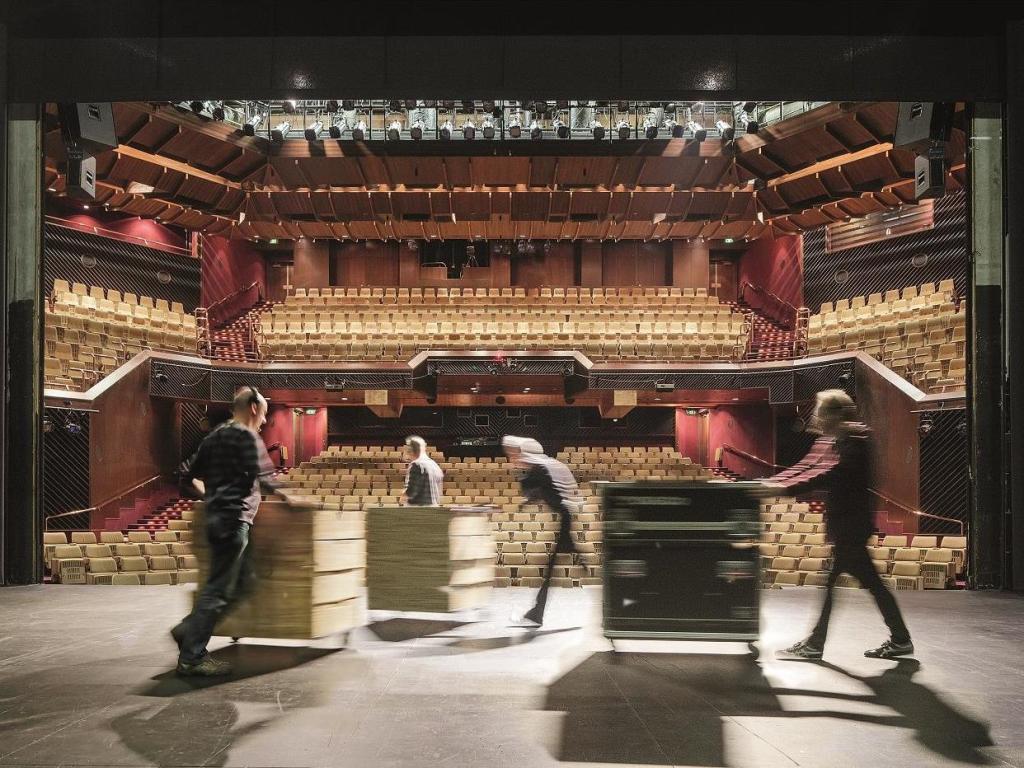 It’s no secret that the performing arts sector – the domain of passionate individuals who care deeply about their work and their audiences – is under enormous pressure.

As detailed in a recent report conducted by Victoria University and commissioned by health promotion charity Entertainment Assist, those working in the entertainment industry are at greater risk of anxiety, depression and substance abuse than the general population. Tragically, instances of suicide and planning for suicide are also significantly higher among performing arts workers, especially for roadies, technicians and crew.

‘We have very distinct issues as an industry and I think it really needed a very tailored industry response,’ said Arts Centre Melbourne CEO, Claire Spencer.

In partnership with Entertainment Assist, and supported by WorkSafe Victoria and VicHealth, Arts Centre Melbourne are preparing to launch the Arts Wellbeing Collective: a consortium of Victorian arts and cultural organisations whose shared vision is to effect better mental health and wellbeing for Victorian arts workers.

‘When it started this was just going to be an Arts Centre Melbourne initiative, but we said look, this is such an extensive problem, let’s reach out to some of our colleagues and see if they would be interested in coming into some kind collaborative arrangement on this,’ said Spencer.

‘And it is seriously the fastest response to a question I’ve ever had in the entire time I’ve worked in the arts. It was literally a same day response: “Yes we want to be involved, we have issues, we don’t know what to do.”’

Developed as a pilot program, to be evaluated after a year, the Arts Wellbeing Collective will utilise psychological tools and expert advice to deliver workshop programs, services and activities across the state. Such activities are designed to assist physical and mental health and general wellbeing in performing arts workers sector-wide, including freelancers, managers, dramaturgs, playwrights, mechanists, producers, artists, venue staff and presenters, as well as service organisations and major institutions.

Membership of the free pilot program is open to individuals as well as organisations and new members can complete an Expression of Interest form on the Arts Wellbeing Collective website; they can also email their details to artswellbeingcollective@artscentremelbourne.com.au.

Sonia Lindsay, Arts Centre Melbourne’s Executive Director of Human Resources, said the Collective would benefit not only the individuals involved, but also the sector as a whole.

‘We know that people who are healthy are more likely to be creative, to be innovative, to be resilient. So therefore from my perspective, heading up people and human resources, people then become more productive. So there’s a very clear connection – if we can get in as early as possible to give people the tools and the networks that they need in order to be healthy, resilient, to have good boundaries between what they do at work and how they get energised then I think we’re actually onto something quite meaningful,’ she said.

Developing a healthy work/life balance can be especially challenging in a sector which attracts people passionate about their job, and where the boundaries one’s personal and professional lives can easily blur, Spencer acknowledged.

‘Whilst sometimes that’s the joy of it and you feel like you’re part of a big crazy dysfunctional family, at other times it can lead to issues of not being able to differentiate between home and work; how to switch off and how to be with your family, who may not work in the industry, or friends,’ she said.

Such challenges will be specifically addressed through one of the workshops the Arts Wellbeing Collective has developed.

Lindsay said the workshop would connect workplace health to a wider sense of wellbeing.  ‘It’s to do with identity, and it’s in order to encourage people to think about the development of their whole self. Because when you’re developing your whole self, your relationship outside of work, your hobbies, all sorts of other pastimes, they are going to be part of the wealth and resilience that you will then be are able to draw on at work.’

Other aspects of the pilot project are designed to encourage people to think about diet, stress and personal resilience.

‘For example, if you’re a shift worker these are the kinds of snacks that we would actually encourage you to pack before you go out on your shift; this is the amount of daylight we’d encourage you to see during the day,’ Lindsay said.

‘The first part of the Wellbeing Collective has been deliberately designed to have a managers’ session; a workshop facilitated by psychologist Dr Michael Carr-Gregg and myself. We’ll be taking people through a manager’s toolkit and making those connections around health, wellbeing and productivity, and being able to demonstrate to people why this is actually integral to the bottom line, why it’s important,’ said Lindsay.

The website – to be launched on Thursday – will also include a range of resources for managers and senior staff.

Spencer is proud of the leadership role Arts Centre Melbourne has taken in initiating and delivering the Arts Wellbeing Collective.

‘This is an important issue for all of us,’ she said. ‘Not because a report says we should but because it’s the right thing to do. And there’s a responsibility that comes with leadership about caring for your people and it’s one of our core values here at Arts Centre Melbourne and it cannot be tokenistic.

‘I’m hoping that by standing up in this way and saying “We need to do better, we need to do more,” it will get the attention of other senior leaders of other organisations, of other businesses – because this is in the commercial space as much as in the not-for-profit space – about health and safety, about the responsibility of being an employer.’

One year ago, when the concept of the Arts Wellbeing Collective was first floated, Spencer speculated that perhaps 15 partner organisations might come on board. Today, there are almost 90 participants.

‘Entertainment Assist is a major partner, they see this as a really significant initiative to get mental health, mental wellness on the agenda. We’ve also got commercial organisations, so Marriner Group are at the table and Jason Marriner is on the working group. I think there’s a real commitment from both the not-for-profit sector but also the commercial sector to make some real inroads into this issue. And I can’t actually think of many other matters where we work cross-industry in this way. I think it’s been a very unifying and bold conversation to start,’ Spencer said.

‘I don’t think it’s something that’s going to be achieved quickly or easily, and I suppose the way we’re thinking about the Arts Wellbeing Collective is as a very bold and courageous step. In no way are we presenting this as the be all and end all solution to the problems of all of the workers who work in the live performance industry. I think that would be naïve, even dangerous to do that,’ she continued.

‘It’s about getting this on the agenda, talked about openly, not just by people within organisations but across organisations, across the industry, at the most senior levels of the industry as well – and you’ve got to have that engagement if there’s to be long-term sustainable change.’

The Arts Wellbeing Collective will be launched this Thursday 9 February at Arts Centre Melbourne. Visit www.artscentremelbourne.com.au for more information.