In the hands of the professionals: Spare Parts Puppet Theatre

Australia’s oldest puppetry company Spare Parts Puppet Theatre is building on its successes and giving back to the performing arts industry through training programs.
Chloe Wolifson 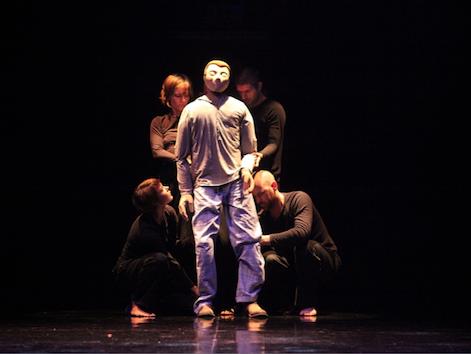 With celebrated productions drawing crowds locally and around the world, it’s clear that audiences love puppetry. Spare Parts Puppet Theatre, Australia’s longest-running puppetry company, is stepping up to the plate, fostering new talent and developing programs to introduce the ancient yet evolving art to a new generation of performers and audiences alike.

Artistic Director of Spare Parts Philip Mitchell is proud of the calibre of artists that have developed their careers with the company since its inception 34 years ago. He explained that many talented associates first worked with the company in the 1990s and are still making work with Spare Parts. ‘We incubate these artists and they stay around the company and the art form.’

Not only is Spare Parts an incubator for Australian talent, but it is recognised as a puppetry leader worldwide, from initiating international touring performances such as Tim Watts’s Alvin Sputnik, through to hosting industry events such as the World Puppetry Festival in 2008, which positioned Spare Parts on the global map. ‘It’s about the need to exchange skills and artists from overseas for collaboration and inspiration.’

Spare Parts also has connections internationally through the training of company members. Long-standing associate Noriko Nishimoto trained in Japan, and Mitchell himself trained in Prague – as did other accomplished associates. ‘We see that outward looking exchange as being…essential to the feeding of Australian puppetry. Australian puppetry is a new, exciting form, drawing from many traditions. We’re like magpies collecting inspiration and training, and reinventing it into our own form of puppetry. ‘

With such an extensive history and skill set, it’s natural that Spare Parts would develop a local training program to foster industry talent. In 2010 it established FirstHand, the only dedicated puppetry program in Australia. Emergent artists are immersed in a program of observation, participation and mentorship, from learning craft and business skills through to developing performance and creative work.

‘The previous three iterations of FirstHand [saw] us rigorously examine the training model,’ said Mitchell. This involved working with experts in contemporary performance studies across the state on how to implement a course par excellence. Where initially FirstHand saw a focus on transitioning graduates into the industry, it was subsequently opened up to artists wanting to explore puppetry as part of a broader, established performative practice. As a result a number of exceptional practitioners joined the Spare Parts family.

Mitchell is excited by the 2015 iteration of FirstHand, which takes a fresh approach and builds on the success of past years. ‘We’re not looking at whether they’re going to be a performer, designer, director, or creator, but at their potential to contribute to puppetry nationally, and to be artistic leaders.’

The 2015 intake includes 19-year-old Yvan Karlsson, who has spent six years with Steps Dance Company. Mitchell is full of praise for the recent high school graduate. ‘He is an extremely talented puppeteer, with a natural ability. We see him as a fantastic performance maker, and a really exciting contribution to the future of puppetry.’

Another member of the 2015 cohort is Humphrey Bower. An established actor who has been associated with Spare Parts for a number of years, Bower has written for the company as well as performed in works including Tales from Outer Suburbia. ‘Humphrey’s always had a passion to learn more about puppetry,’ said Mitchell. ‘He is very excited about looking at his own artistic practice in a new way, and we’re also excited about nurturing a new leader in puppetry.’

Rounding off the group is Sam Longley, who, Mitchell enthused, ‘has come to us with an amazing proposal for a puppet work and has a great perception of what puppetry can do.’ FirstHand presents the opportunity for the practical and philosophical skills to make his dreams reality.

‘[FirstHand] is not just learning how to manipulate a puppet,’ explained Mitchell, ‘it’s about learning about the potential of puppetry and what the puppetry space is. It’s about the allegories, metaphors, and the dramaturgy that is the puppet show. We see exciting works like War Horse with beautiful puppets, but essentially they’re an actor’s piece with puppets in them. What we want to create is puppetry which is about an entire space, an entire world. We want to train artists to think like that, to think a different way to actors theatre.’ Mitchell points to the Spare Parts-trained designer Zoe Atkinson as an example of this. ‘She works for the Barbican, opera and dance but takes a puppetry sensibility to that work…animating space and bringing to life different spaces and objects. That’s what’s so exciting about having a training program where we can have very talented artists learning about those principles and philosophies.’

Another way Spare Parts is pursuing this mission to broaden the training opportunities and skills of performers is through the newly created puppetry and visual theatre unit it has created in partnership with the Western Australian Academy of Performing Arts (WAAPA). The unit will operate as part of the Bachelor of Performing Arts degree offered by the institution, broadening the career options for graduates:

‘Puppetry, like movement, voice and other performance skills, needs to be part of an actor’s tool-belt. [Performers] need to be able to understand what puppetry is and the approach to [it]. So we are really excited that we have a puppetry training course in Australia. We hope that those graduates now see puppetry as a viable [option] for their careers.’ Unique in Australia, the program is set to be a game-changer. Mitchell reiterated that puppeteers have ‘always migrated overseas to get our training…and it’s fantastic that we [are] now…developing it here in Australia.’

While the art form itself is evolving and audience demand is consistently high, Mitchell explained that ‘the ecology of puppetry [in Australia] has diminished tremendously from the 1990s. It’s important that companies like Spare Parts endure, and it’s very important that a company emerges on the eastern states as well.’

It’s clear that without Spare Parts’ commitment to developing and fostering puppetry locally, this ancient yet evolving art form, which crosses boundaries of age and language, would be at a loss. ‘Without Spare Parts, and there would be no hub, no reference point for puppeteers or people who want to explore puppetry. There’s no other company in Australia that retains that strength and history.’