How street art can revitalise a city

Postponed due to COVID, the first edition of the Fivex Art Prize will soon be announced with artworks to be featured on the iconic QMS Media billboards in the middle of Melbourne’s CBD, bringing much needed artistic energy back to a city that has endured so much under lockdown.
Sabine Brix 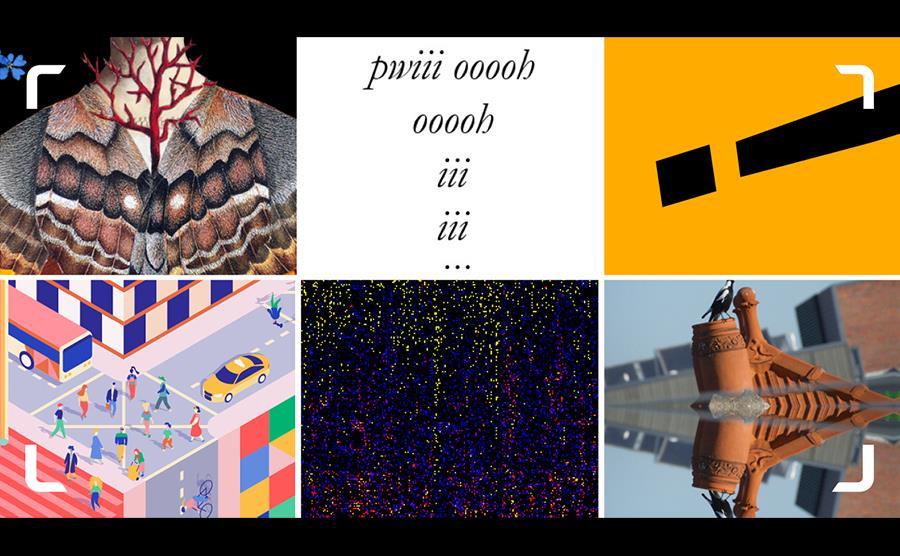 Prior to March 2020, Melbourne’s CBD was bustling; the sun was out and foot traffic was constant during the busy summer period in the lead-up to the pioneering Fivex Art Prize: Billboard Art Reimagined.

This unique Australian art award offers six finalists the opportunity to showcase their works on two large digital billboards on the corner of Flinders and Elizabeth streets.

At last, the prize will be announced and presented by Melbourne’s Lord Mayor Sally Capp on Monday 14 December. The winner will receive AU$30,000, with each finalist to receive $1,000.

All of the finalists’ works will be individually exhibited daily, interspersed among commercial advertising content, and also presented collectively, in one-hour group screenings without advertising, at 12pm on Saturday and Sunday afternoons. The exhibition runs until the end of January 2021.

Alessio Cavallaro, Creative Producer of the Fivex Art Prize, said this major initiative is a new form of street art in Australia, specific to Melbourne.

‘As people return to the streets after such a challenging year indoors, the selected works will create surprising moments of intrigue and delight for passers by,’ Cavallaro said.

‘Viewed outside of conventional art galleries, and among commercial content, the artworks expand the context of “art in public spaces” and redefine modes of engaging with art that is situated in a constantly changing visual media landscape. Each of the six selected artists has responded superbly to these dynamic shifts. The stylistic diversity of the artworks will capture viewers’ attention, and spark their imaginations in subtle, provocative, and playful ways,’ he added.

Deborah Kelly’s Evolutionary Exuberance captures the complex inter-species entanglement of city life reminding viewers of nature’s resilience and promise of harmony, while Kent Morris’ photographic montage City of the Future features Australia’s native songbird the Magpie to highlight the Indigenous histories and stories that are central to Melbourne’s landscape.

The Prize attracted over 520 entries from across Australia, and highlights artists’ immediate enthusiasm to embrace a new exhibition platform.

Joshua Berger, Director of The Fivex Foundation and Fivex Art Prize said: ‘The Prize offers extraordinary potential as a new artistic medium and, particularly in the wake of the global health crisis, an unparalleled opportunity for artists to exhibit in an easily accessible and safe way outside the conventional gallery setting. We’ve received a strong response to the inaugural Prize and are delighted to be able to support the cultural sector which has been severely impacted by the pandemic.’

The heartbeat of a city stronger than ever

In addition to the Prize, Fivex has announced another exciting initiative: a newly commissioned work that will ‘activate’ Federation Square during most evenings from 7 December 2020 to 31 January 2021.

pulse is the latest work by Sydney-based artist Gary Deirmendjian. With its rhythmically beating colour field of light, the artwork offers a tangible expression of the city’s strengthening heartbeat after the prolonged Covid lockdown, filling the public space with gentle pulsing light that spills out through the perforated facades and reflects on passers by and the surrounding buildings.

A compelling presence in Australian contemporary art, Deirmendjian’s unusual mode of practice has produced an extensive body of work – sculpture, photography, video, installation, and site-specific interventions – that is often described as beguiling, thought-provoking and socially concerned.

Although pulse is strikingly different from the Fivex Prize artworks on the billboards, Cavallaro said: ‘The two projects are complementary, and perfectly coincide to revitalise the cultural heart of Melbourne.’

The Fivex Art Prize is presented by The Fivex Foundation, and sponsored by QMS Media, Australia’s leading digital billboard company.

Gary Deirmendjian’s pulse is commissioned by The Fivex Foundation, and presented in association with Federation Square.

The Fivex Foundation is a philanthropic enterprise dedicated to initiating and supporting a range of community and cultural programs.