Gamification is the future of arts marketing

With the majority of Australians owning smartphones, smart arts organisations are using interactive games as a way to attract and engage audiences.
Richard Watts
[This is archived content and may not display in the originally intended format.] 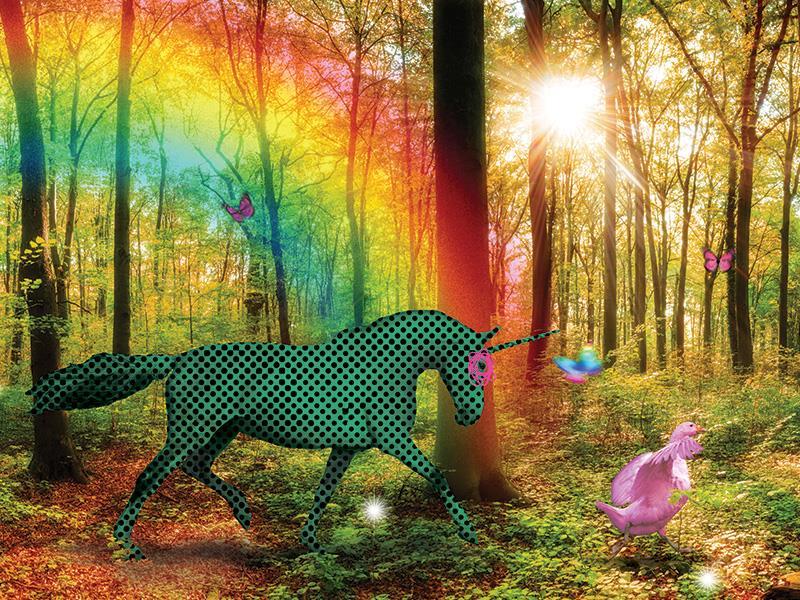 By providing participants with status-based awards and physical prizes, gamification encourages active and ongoing audience engagement. It is particularly valuable when trying to reach media-savvy Millennials and members of Generation Z, for whom gaming – whether on consoles or smartphones – is an everyday part of their lives.

Overseas, organisations as diverse as the US Army and Nike have adopted gaming techniques to engage audiences, as have arts organisations including Tate Modern and The Royal Opera.

Here in Australia, the Adelaide Fringe is one of the first companies to utilise gamification as a means of engaging and activating audiences.

‘I was really inspired by some of the galleries and museums in England that have put great initiatives in place in this area,’ said Adelaide Fringe Director and CEO, Heather Croall.

Adelaide Fringe’s GooseChase scavenger hunt is a smartphone game that offers a series of missions, puzzles and tasks which allow users to earn points in the hope of winning the major prize – a trip for two to the Edinburgh Festival Fringe (courtesy of Qatar Airways).

‘We started planning GooseChase just over a year ago and we’re really excited, because we launched it the other day and already hundreds of people are playing,’ said Croall.

‘Ultimately we’re really hoping thousands of players will get on board. And there’s lots and lots of other prizes along the way, so lots of incentives for people to get on board.’

The popularity of app-based games was ably demonstrated by the success of Pokémon Go, which swept the world in 2016 and drew in participants of all ages and backgrounds.

‘You’ve got those ingredients of playfulness and an inquiring mind – it not only invites you to play but because it’s a treasure hunt it invites you to explore and come and discover something new. And then the competitive nature kicks in, which is when collecting points becomes important,’ Croall explained.

Players take part in a series of missions, as individuals or in teams, with more missions to be added in the weeks leading up to the Fringe.

‘A lot of the missions are linked to Fringe venues, and those won’t start until the beginning of Fringe, but some of the treasure hunt style missions are already running all around Adelaide – in the suburbs, down the coast; it’s not only in the CBD because the Fringe happens everywhere, including in the regions. So there will be clues all over and solving each mission earns you more points, which means more prizes.’

As well as tapping into people’s competitive nature, the game also encourages and rewards creativity.

‘It’s not just a quiz with an answer; you can be invited to make a little video or share a photo, and all the players can view the other players’ entries as they come up, so you can actually spend quite a bit of time having a laugh looking at the submissions for every mission that has come in,’ said Croall.

‘And what we’re ultimately trying to do here of course is we’re trying to encourage audiences to explore more and more layers of the Adelaide Fringe that they didn’t know existed. When we say that a mission is connected to a venue, it’s because we want people to go and discover venues at the Adelaide Fringe that they may not have known about before.

‘So if they’re driven to do it because they’re trying to score points, well that’s great, but you can only score the points if you’ve actually bought a ticket to that show and you’ve got evidence that you went to the show – such as an uploaded photo. Ultimately it is all about driving audiences into seats, into shows, but the way that we’re trying to entice people to buy tickets to more shows than they’ve ever bought before is to spark their interest in the game … and the huge success of Pokémon Go has shown that people are really willing to play a simple game on their smartphones and integrate it into their daily life.’

Learn more about becoming a GooseChaser

Croall expects that GooseChase will not only encourage Adelaideans to discover parts of their city they’ve never seen before, but that it will also form a playful orientation tool with which interstate and overseas visitors can explore the city and the Fringe.

‘It encourages tourists and residents alike to discover more of the city than they otherwise would have,’ she said.

Cultural tourism is increasingly important for Adelaide Fringe, with Croall and her team taking a lead from the Edinburgh Festival Fringe – where tourists make up approximately 50% of the total audience – and aiming to grow tourist numbers significantly over the coming years.

‘At the moment we have around 15% to 18% tourists at the Adelaide Fringe; we would love to get it to be like Edinburgh, where people from London get on a train and go to Edinburgh for Fringe. We’d love to see that happen here,’ said Croall.

‘We have over a thousand different shows coming from all over the world and a lot come to Adelaide to pilot their show, to test their show before they take it to the rest of the world. So here you have a chance to see things first – and it might end up at Sydney Opera House or Arts Centre Melbourne a year later and that’s really common, but it’s a more personal, more intimate experience when you see it in Adelaide Fringe because you’ve got the artists coming out of the show and you have the chance to meet them and share a drink in the parklands afterwards.’

Governments and organisations around the country are increasingly aware of the value of cultural tourism and audiences are equally hungry for unique artistic experiences when they travel.

‘People are timing their visits to a city because they know something amazing is going to be happening in that city, whether that’s a sporting event, an arts event, a festival or so on. Cultural tourism is an international phenomenon that’s on the rise all over,’ said Croall.

‘And what we know that we’ve got here in Adelaide is unique: the total takeover of the streets and venues and parklands by the Fringe – it’s a true transformation, and so we can truly stand up and say we have something unique. And it’s not just Adelaide Fringe – if you time it right then over just a few days you can do Writers’ Week, Womadelaide, see an opera and then spend the next few days watching comedy and cabaret and theatre. Every genre is on tap – and no other city in Australia can offer that.’