Escape winter’s chill for a cultural feast like no other 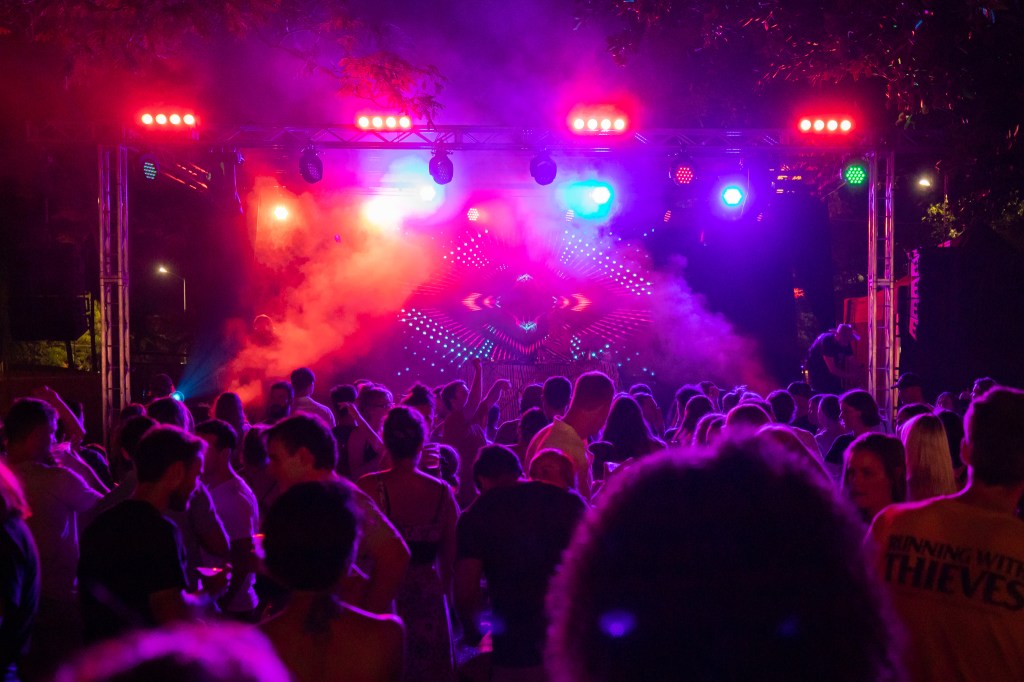 Perhaps more than any other major Australian cultural event, Darwin Festival most embodies the culture of its unique location.

‘Part of the joy of programming Darwin Festival has always been celebrating the diverse community that makes up the city,’ explained Artistic Director Felix Preval.

‘Darwin is probably Australia’s most cosmopolitan city, with a significant proportion of First Nations peoples, but also Southeast Asian, Indian, East Asian, Greek, Pasifika, Māori, Irish. I mean, it really is a city where the melting pot of life is stirred daily by the tropical winds,’ he told ArtsHub.

Festival CEO James Gough agreed. ‘I think it’s amazing how all our cultures come together and celebrate what is Darwin’s Festival, really – it’s the community’s celebration,’ he said.

Coupled with its tropical climate, the Territory’s vibrant blend of peoples and cultures ensures Darwin Festival is an especially attractive proposition for visitors from interstate. But while the chance to escape a cold winter for the Territory’s warm days and balmy nights is alluring, even more compelling is the Festival’s showcasing of the world’s oldest continual living culture across a range of art forms and events.

One highlight of the Festival program is the free Santos Opening Night Concert at Darwin Amphitheatre, which this year features the compelling Buŋgul. Showcasing the songs and stories that inspired Gurrumul’s critically acclaimed, posthumously released album Djarrimirri  (Child of the Rainbow), this pairing of Yolŋu dancers and songmen with the Darwin Symphony Orchestra has been years in the making, Preval explained.

‘We’re so excited to finally bring Buŋgul to the people of Darwin. We had intended to do it in 2020 and indeed, at one point we intended to do it in 2019, before the work was fully made and we realised just what an incredible but epic work it was going to be. At that point, we brought on the rest of the major festivals as partners in the co-commissioning of the work and gave it the support it needed to reach its full potential,’ he said.

Another First Nations work with a local connection is Waŋa, the latest work from NT Dance Company.

‘It’s really important to us to showcase the best of the Northern Territory’s artists and the Festival is a really key platform for bringing audiences to those companies and their work,’ said Preval.

‘We couldn’t be more excited to have NT Dance Company led by Larrakia man Gary Lang as part of our opening weekend offering. His new work, Waŋa, meaning spirit in Yolŋu, promises to be a really extraordinary cross-cultural collaboration. It’s First Nations led and brings together Yolŋu dancers and Yolŋu culture from East Arnhem Land with Gary’s own particular style of Indigenous ballet, and the Darwin Symphony Orchestra’s string quartet playing live on stage.’

As the impact of COVID begins to wane, this year’s Darwin Festival also sees the return of international acts to the program for the first time since 2019.

‘We have two extraordinary Korean artists as part of this year’s program: Sunny Kim performing with Yolŋu songman Daniel Wilfred and the Australian Art Orchestra, and also Kim So Ra, a phenomenal South Korean percussionist with her ensemble. She’s a whirlwind of energy and an absolute delight to behold,’ said Preval.

He’s also excited to feature the work of one of Aotearoa/New Zealand’s most acclaimed dance practitioners, Māori artist Rodney Bell, in this year’s line-up.

‘Rodney is a phenomenal artist. He’s a dance-maker, he’s a storyteller, and he also happens to use a wheelchair. Meremere is his personal story, in which he talks about a really particular chapter of his life when he was working for AXIS Dance Company in the US and ended up living rough on the streets of San Francisco,’ Preval explained.

‘As a work it marries perfectly with so many of the themes we’re always looking to explore in  our Darwin Festival program, but also with the life that we see and live in the Northern Territory, where the experience of homelessness, for example, is really present.

‘Art that forces us to understand those experiences through new and varied lived lenses is very welcome, and very necessary, I think,’ he said.

From independent art to outdoor treats

Another important role played by Darwin Festival is to introduce the people of the Territory to artists they might otherwise never have the chance to see – and vice versa – through a carefully curated selection of the best fringe and independent acts from around the country.

‘Darwin is a small city very far away [from the other Australian capitals]. So my quest to bring the most exciting work I can to Darwin has meant finding the absolute gems of Fringe Festival programs and the best independent artists from around the country. And the reality is that that work and those artists would not be able to make it to Darwin without the Festival, because the cost of touring work to the NT is so prohibitive,’ Preval explained.

This year, such works range from the circus-sideshow-meets-theatre delights of Mitch Jones’ anarchic AutoCannibal and New Zealander Barnie Duncan’s poignant yet hilarious Bunny, to multi-award-wining comedian Lou Wall’s celebration of internet paranoia, That One Time I Joined The Illuminati.

Simultaneously, the Festival showcases some of the country’s leading companies and artists in its program, including musical comedian Tim Minchin, The Australian Ballet, and live bands such as Cable Ties and Emma Donovan & The Putbacks.

‘The Festival plays a really important role in bringing new ideas and new work to Territory audiences through a dynamic mix of local and national work – as well as international acts – to create the energy that the Festival and its community thrive on,’ Preval said.

That energy is also palpable on the streets of Darwin, with crowds congregating before and after shows at the free outdoor hub in Festival Park.

‘The outdoor dining experience is so much a part of Darwin Festival – gathering together out in the beautiful balmy evening air and dining at communal long tables with local food vendors serving up Darwin street food but at restaurant quality. Think Syrian, Filipino, Italian and South East Asian,’ Preval said.

‘We’ve got the Dry season breeze so there’s very low chance of any rain, which is why we’re so lucky to be able to host so many outdoor events,’ he explained.

‘Festival Park is quintessential to Darwin Festival – a place where you can gather with mates, meet family, and hang out with the community and artists too. You can sit there and have a drink or some great food, and then go into a show at the open-air Sunset Stage, and it’s all in the middle of the city. It’s the heart of the Festival that continues to expand year on year.’

Given Darwin’s proximity to some of the Territory’s most iconic landscapes, visitors to the Festival also have a feast of opportunities to experience during the day, Gough noted.

‘You can go out to Litchfield to see the waterfalls, you can visit Kakadu – it’s all within reach of Darwin during the day. So I think the offer to really experience the Top End at its very best, and with the most amazing weather, is really there in August.’

Darwin Festival 2022 runs from 4-21 August. Browse the full program and plan your visit now. For those looking further ahead, the dates for next year’s Festival are 10-27 August 2023. 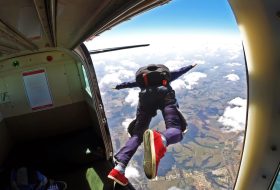 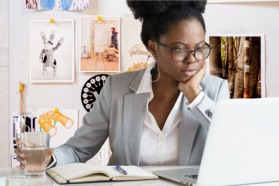 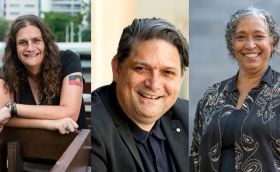 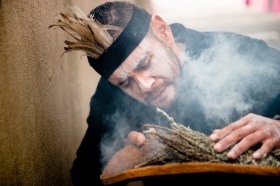