Sydney’s South East will be the home of the city’s newest public art project with five sites identified to showcase artistic talent and become focal points for the local communities of Kingsford and Kensington.
Cathy Anderson
[This is archived content and may not display in the originally intended format.] 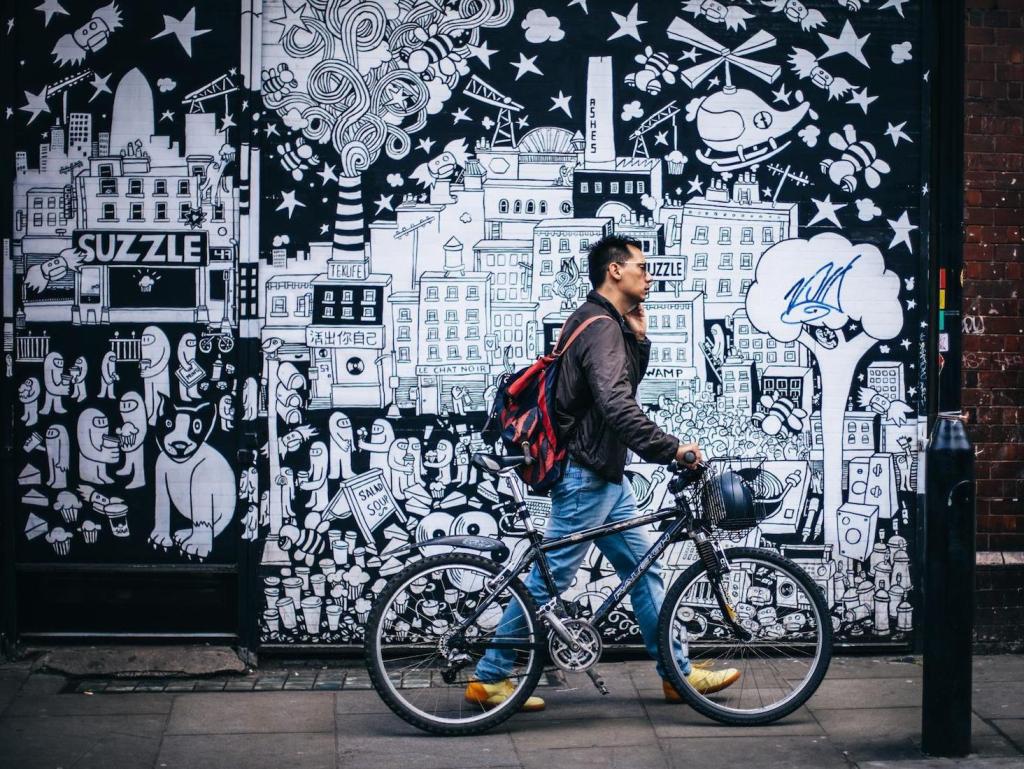 Street art is one of the public art forms that will transform five sites.

Expressions of interest are being sought from all creatives, including visual artists, sculptors, performers, street artists, landscape creatives, architects and actors to present their concepts for the ArtMoves public art project on Anzac Parade – located on the CBD and South East Light Rail alignment.

The initiative, supported by Transport for NSW, Randwick City Council and local businesses will transform the five public spaces and encourage people to visit the area.

ArtMoves Creative Director Gill Minervini, former director of Art & About Sydney, said that public art is about inspiring communities and injecting more life into areas that are under-utilised.

‘It’s about transforming these spaces so that they are used more by people,’ she told ArtsHub. ‘Most of the spaces aren’t used all that much, but with a clever design and a creative overlay they could be really desirable spots where people would maybe sit and have their lunch or watch a performance.

ArtMoves Creative Director Gill Minervini expects to be ‘blown away’ by submissions.

‘There is nothing better than a space being transformed and people using it and being proud of it and owning it. Sometimes it’s those small things that can change a neighbourhood and that’s what we are looking to do.’

‘I know after my years of running EOIs with Art & About that you are always blown away, you are always surprised by the diversity and the range,’ she said.

‘Australia has such fantastic street artists so I hope to see some of these skilled artists who work in that space apply.

The site at Southern Cross Close has a wall that almost cries out for a street art makeover.

‘I would love to see some sort of landscape creativity, so thinking about how people can interact with these spaces differently – there is some street furniture that could really be given some love or replaced. And one of the sites in particular lends itself to a performance area.’

Kensington and Kingsford have rich aviation histories, are considered the gateways to Sydney’s salubrious Eastern Suburbs and have artistic and educational pedigree – the area is home to the National Institute of Dramatic Arts (NIDA) and University of New South Wales.

Minervini says the role of public art is to not only transform spaces, but to engage the local communities and, as such, she expects proposals to link with the area in some way.

‘I think the interaction that occurs between artists and communities as a result of these projects is really palpable and very powerful. We can tell history through them, we can give a sense of place with public art and a real sense of ownership and belonging.’

‘I really wanted to have local knowledge so having Michael from NIDA was really important because they are a key stakeholder in the area,’ she said. ‘Same with Ross Harley who’s another stakeholder with incredible knowledge and skill around art and design and a public artist himself.

‘We have a really robust group of judges who will all be looking at slightly different things which is fantastic.’

Public art projects such as ArtMoves, says Minervini, are also a big win for Australian creatives.

‘Long gone are the days when a council would just commission a mural,’ she said. ‘It is a very exciting time for visual artists with the growth of public art and the way the general public embrace it and therefore the increasing opportunities for it.

Several sites, like this one at Duke St, could be ideal for a talented landscape architect to redesign into a funky, user-friendly space.​

‘What the public art movement in Australia – if I can call it that – has done is open up a whole range of possibilities to artists that weren’t there before, and not only visual artists and painters but all sorts of artists: sculptors, designers, and great collaborations with architects and landscape designers, with performance and more traditional street artists.’

Depending on the type of art created, Minervini says it’s likely that some or all of the installations at the five sites could become permanent – particularly street art commissions.

‘It all depends on the piece,’ she said. ‘There are some terrific walls that are part of the sites that we are talking about so if we get some great street art and people love it, that’s a very easy one to make more permanent.

‘When I was doing Art & About a number of the projects we had commissioned as temporary works were so loved that they were kept – although we had to do additional work on them to make sure they were robust enough to be permanent.’]

The ArtMoves EOI closes March 31. To download the form and submit your project idea, visit the ArtMoves site.