An historical tale of race, resistance and sporting prowess 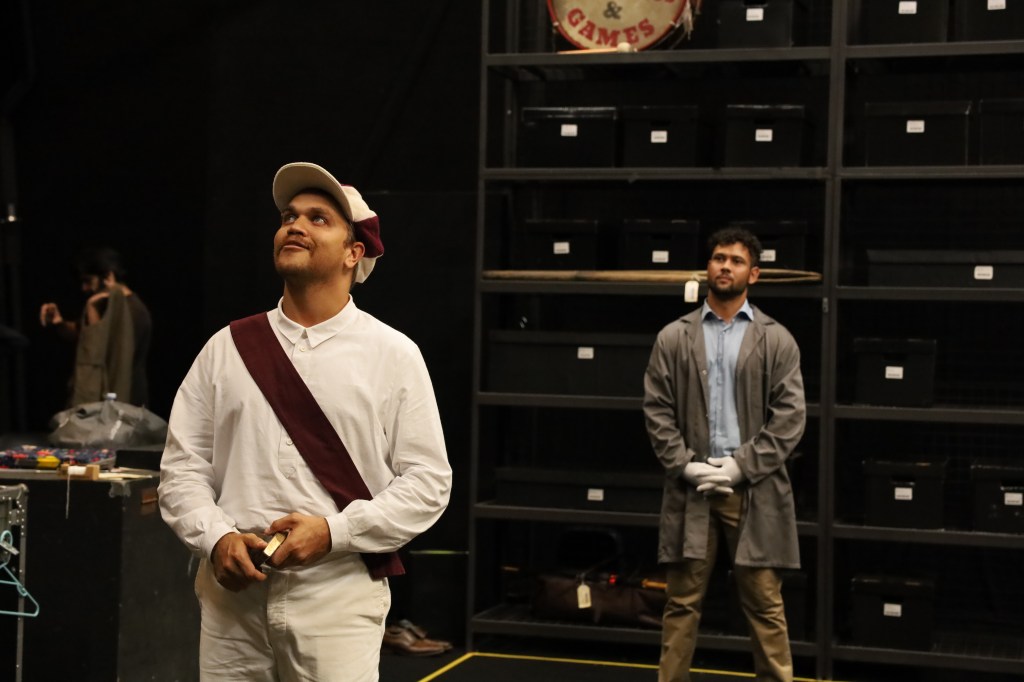 With the recent death of Shane Warne, cricket has dominated Australian headlines this week. But as Mark Kilmurry, Artistic Director of Ensemble Theatre points out, there’s an equally great, albeit lesser known cricketer who should also be heralded among the best of Australian sporting stars.

His name was Johnny Mullagh, and his story – together with those of his fellow Indigenous cricketers, who together formed the first ever Australian cricket team to tour internationally – is the subject of Ensemble Theatre’s Black Cockatoo.

The revamped Ensemble Theatre production, which premiered three years ago at Sydney Festival, is now touring across the country.  A collaboration between Geoffrey Atherden (of Mother and Son fame) and former Sydney Festival Artistic Director Wesley Enoch, Black Cockatoo is ‘a play of significance,’ said Kilmurry.

‘It’s the story of Mullagh and 12 other cricketers who went over to play in England over 150 years ago, in 1868. They were the Australia’s first international sporting team.’

Kilmurry described their story as ‘a fascinating one. Imagine. The first Australian team to go over to any overseas country to play a sport. And the Indigenous team were wonderful cricketers, Johnny in particular – “black cockatoo” is the name coined for Mullagh by Atherden.

‘What’s equally amazing,’ Kilmurry added, is that ‘so few know this tale and we need this tale to be told.’

‘When Johnny returned to Australia he found that his land had been taken away from him, terrible stories we hear time and time again. He died forgotten in semi-poverty. It’s a sad ending to a great career. But he was also a rebel in his dealing with the British hierarchy and didn’t want to play cricket if it wasn’t on his terms. He was ahead of his time.’

Black Cockatoo is performed by an all-First Nations cast (‘They get to play English toffs as well as the cricketers!’ a delighted Kilmurry said.) Moving back and forth through history, the play opens in contemporary times as a young posse of activists try to unearth the truth about the cricketers’ less than heroic treatment both on home turf and overseas.

Speaking about the play’s cast, many of whom are new to this remounted production, Kilmurry said, ‘We are so far behind the rest of the world in casting compared to the UK and America – that’s been the case for years but it’s changing, and it needs to change.’

For those who are wary of attending a play that revolves around a bat-and-ball game, Kilmurry reassures theatregoers that ‘it’s not a story about cricket, but a story about strength, hope, resistance and possibility’.

He continued: ‘It’s a story about discovering the truth about a legendary figure who’s been unknown until now. Black Cockatoo is fun and incredibly moving; a celebration of who we are as a country. It’s a First Nations story that shouldn’t be forgotten.’

As with other works directed by Wesley Enoch, including The Sapphires and Black Diggers, Black Cockatoo is also about uncovering and remembering the past.

‘The good thing about finding these stories – and these stories have been going on for thousands of years – is that they are still there to be told, and we should keep discovering them. It’s just as important as telling stories about our current world,’ said Kilmurry.

‘I think we should be looking back more, and particularly to First Nations for our theatre.’

Book now for Black Cockatoo at Bunjil Place on 19 March 2022.