The Wyndham Art Prize will soon be open for entries from artists of all backgrounds and practices.
Thuy On 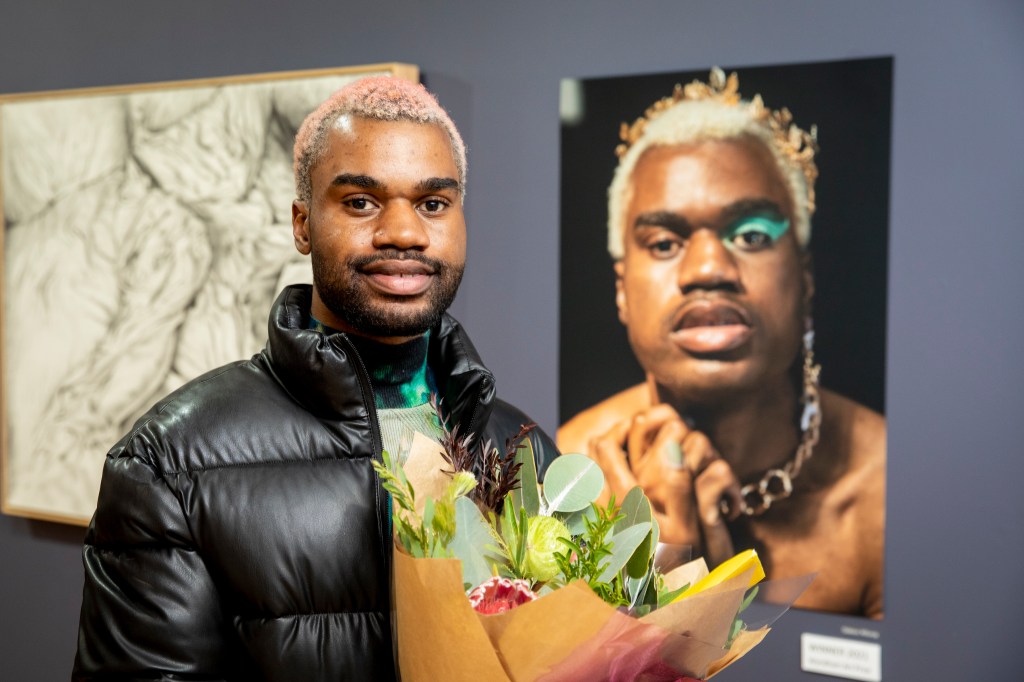 This annual contemporary art prize attracts entries from some of the best artists across Australia and opens for entries on 1 February 2022. Established by Wyndham Art Gallery in 2015, it’s now one of the largest in Australia with in terms of the number of artists shortlisted and exhibited.

This year’s entries will be judged by Maree Clarke, Andy Butler and Haley Miller Baker. Awards include the $15,000 non-acquisitive prize and a $5,000 acquisitive Local Emerging Art Prize.

Wilonja, 24, remains incredulous about winning the prize, which the self-described ‘queer black man’ says was a moment of affirmation that highlighted the importance of gender and race representation in the artistic arena.

Despite his reservations, Wilonja decided to honour his commitment to his craft and his identity. ‘This was a step in the right direction in terms of how I want to be known as an artist. I’m very much black and very much proud of it. And so I put in a work that was unapologetically queer and unapologetically black.’

Nonetheless, Wilonja was highly sceptical about his chances.

‘I’m still quite new to the art world because I come from fashion … It’s still a very new space for me. I’m still exploring and still trying to figure out where I fit in into the art world,’ he told ArtsHub.

The Melbourne-based stylist, writer, creative director and artist came to Australia when he was 12, and has always known about his desire to create, regardless of form or medium. Wilonja does not differentiate between modes of creation; he considers himself a storyteller above all.

This creative versatility resonates with the ethos of the Wyndham Prize, which is open to artworks in any form and to emerging and established artists from all backgrounds. The 2021 Wyndham Art Prize attracted the highest number entries, totalling over 300 works, of which 84 artists were selected as finalists, including 20 who are local to Wyndham.

Appropriately, shortlisted works are exhibited side-by-side in a way that celebrates diversity rather than exclusivity.

Learn more about applying for the Wyndham Art Prize 2022