The stage adaptation of the bestselling novel is a contemplative production.
Anna Westbrook 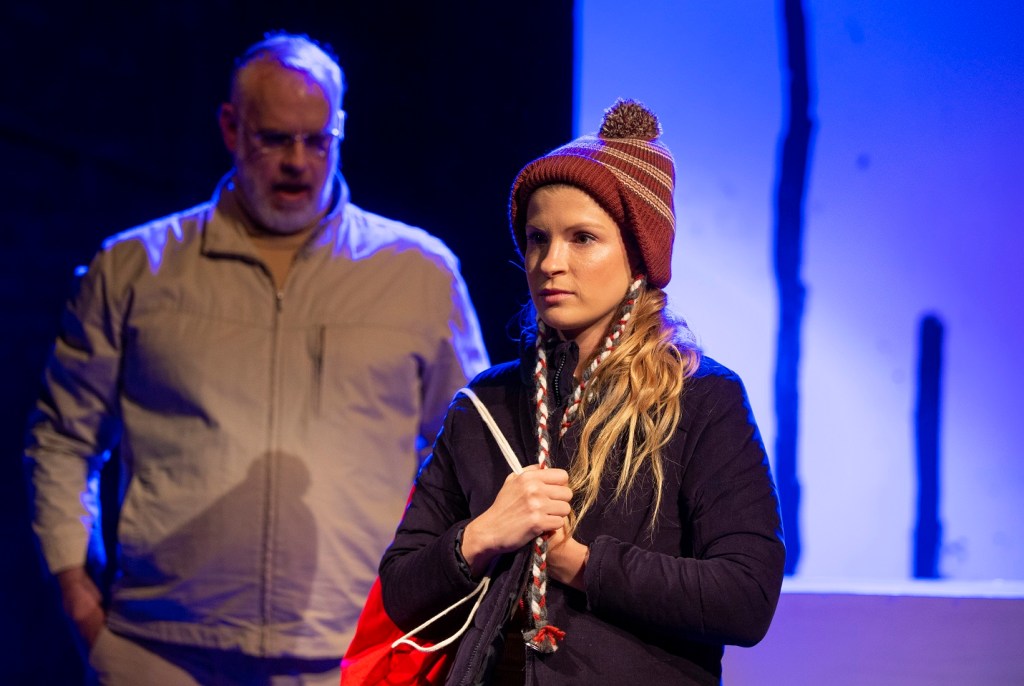 ‘The Lovely Bones lends itself to theatre due to the earnestness and very toughness of Susie’s narration.’ Photo by Bob Seary,

Those familiar with the 2002 novel The Lovely Bones will remember it as strikingly narrated by a teenage girl, Susie Salmon (Sarah Maguire), from her own personal ‘afterlife’. Raped and murdered by a serial but seemingly unassuming predator, Mr Harvey (Sean Taylor), as she walks home through a cornfield, eerily rendered here as painted panels, it is not, as British adaptor Bryony Lavery describes, ‘a straight narrative – it’s like loads of paths through a rather beautiful and disturbing forest… It always brings us comfort, because of its strength and its honesty and its toughness, actually.’

Emerging from lockdown the audience responds to the energy a huge cast of 14 bring to the stage. The Lovely Bones lends itself to theatre due to the earnestness and very toughness of Susie’s narration, breaking the fourth wall and directly addressing us from ‘heaven’ where she rages that she wants to be ‘unraped and unkilled’, to live the life her siblings and peers are still granted. We follow her as she shadows them, all of whom are grieving and moving on in different ways, finding affinity with her ironic interjections – only possible through this technique of suspended disbelief. The link between her and Ruth Connors (Kirsty Saville), the last witness to see her alive, is rendered with the passionate conviction of adolescent girlhood.

Whilst the subject matter is bleak the play is often tenderly funny. Susie’s grandmother (Lisa Hanssens) and the character of Franny (Natasha McDonald) – a kind of afterlife chaperone – offer both physical comedy and moments of sharp, bitter wit. The snow globes collected by Susie’s father (Ted Crosby) are allegorical for the now ‘perfect’ world Susie exists in without time or ageing but also sterile and passionless, and the Demeter and Persephone echo, as Susie’s mother (Cassady Maddox Booth) tries to grasp her loss through lashing out, work as moving visual metaphors.

The set design (Robyn Arthur) is arresting, particularly in the second act where straw dolls represent the rest of Harvey’s victims, as is the barred platform from which Susie is forced to watch the world pass by. What could be saccharine or overblown, director Deborah Mulhall keeps balanced and in check. It’s a contemplative and worthwhile production.

The Lovely Bones will be performed until 18 December 2021