An absurd play perfectly aligned with the absurdity of our times.
Julia Faragher 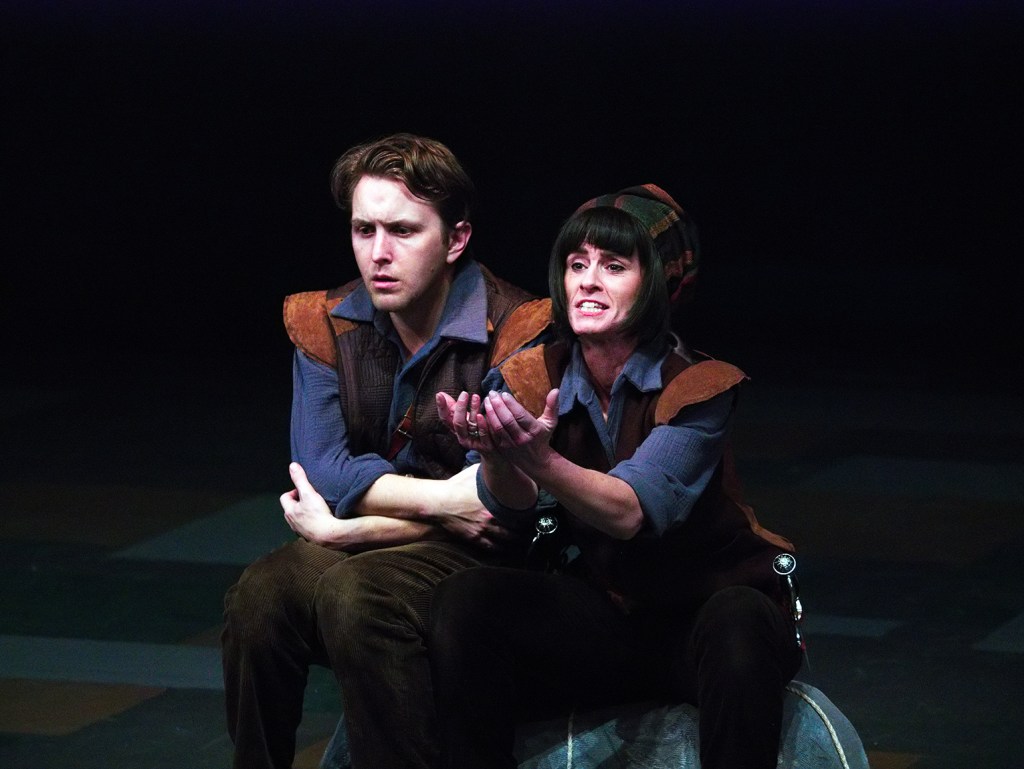 ‘Underneath all the humour, Stoppard has clearly written an extremely witty script packed with wordplay and philosophical musings.’ Photo by Ross Gould.

Rosencrantz and Guildenstern Are Dead is a funny, witty and innovative retelling of William Shakespeare’s Hamlet told from the perspective of its most minor and inconsequential characters. This existential tragicomedy by Tom Stoppard explores what happens offstage during the events of Hamlet and has become a staple of theatre of the absurd.

Canberra REP Theatre’s new production of Rosencrantz and Guildenstern Are Dead had already been through its own tragedy before it was finally able to lift the curtain, having had its run cancelled three hours before the first preview due to Canberra’s lockdown late last year. It seems fitting that this play now reopens the Canberra REP season for 2022 with its topical themes of life, death, uncertainty and wondering what we are all doing here anyway. It is an absurd play fit for these absurd times.

As the title may suggest, Rosencrantz and Guildenstern are the highlight of this production. Lainie Hart and Josh Wiseman both deliver excellent performances as the pair, often appearing so in sync that they could be two sides of the same coin. Occasionally the characters bicker and disagree, Ros often becoming more excitable as Guil becomes more existential, but they always find their way back to their comfortable rhythm. Hart and Wiseman have clearly established a strong bond of trust to play off of each other so well.

The troupe of Players, led by Arran McKenna, deliver a fantastic physical performance as they bumble and fumble their way around the stage. Despite only having a handful of lines among them, the troupe’s funny background actions are often scene-stealing moments. McKenna’s performance as the Player is energetic and nuanced as he swindles, boasts and flails about the stage in a dramatic fashion. His speech about feeling betrayed after Rosencrantz and Guildenstern do not stick around to watch the Players perform gives a new 2022 meaning to Stoppard’s 1967 words: ‘You don’t understand the humiliation of it – to be tricked out of the single assumption which makes our existence viable – that somebody is watching.’

Underneath all the humour, Stoppard has clearly written an extremely witty script packed with wordplay and philosophical musings. The opening scene features Rosencrantz and Guildenstern playing a game of heads or tails where the coin mysteriously lands on heads each time – a scene which on paper may not sound exciting, yet by the end of it you are on the edge of your seat to see if the coin has finally landed on tails as Guil tries to philosophise away his continual defeat.

In Shakespeare’s play, Hamlet asks himself the question of ‘to be or not to be’ whereas Rosencrantz and Guildenstern play several rounds of the seemingly pointless game ‘Questions’ in which they hold an entire conversation asking each other endless questions until one breaks the other’s streak. Ros eventually wins the game as Guil gives into the dread of wondering what the answers to all their questions are and the absurd gives way to the same themes that dominate Hamlet.

Under the direction of Cate Clelland, Canberra REP Theatre’s production does justice to Tom Stoppard’s phenomenal script. The great cast, led by two strong performances of the titular characters, bring a brilliant story to life (or death).