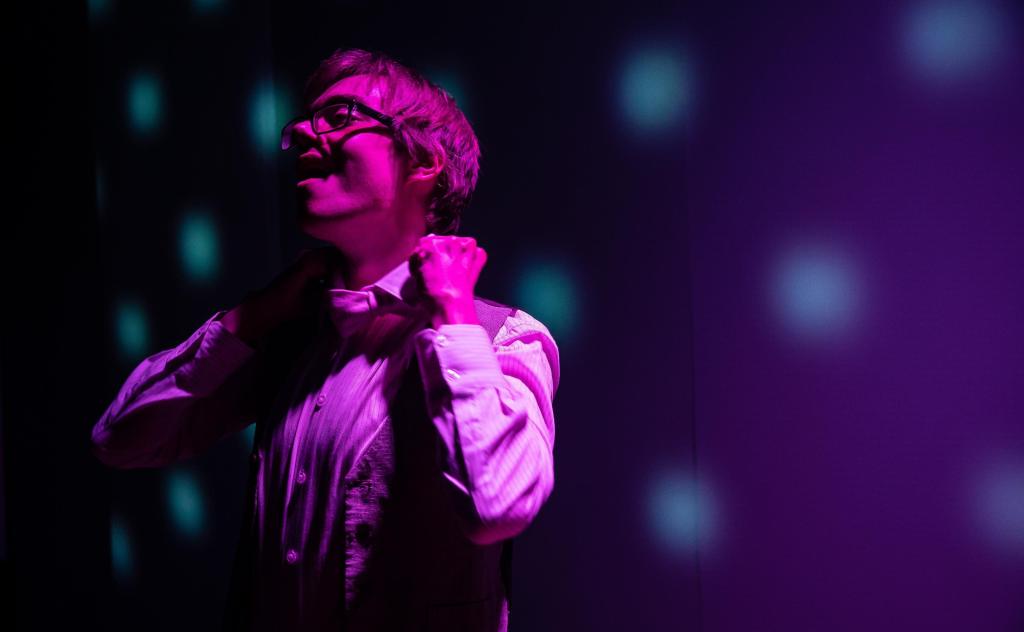 Meeting up after school, 13-year-old Lucy taunts her classmate Arnold for being afraid as she leads him into the bush. While Arnold hopes Luce’s unexpected attention has romantic intentions, she wants his company to watch a dying kangaroo. Missing the moment of death, distracted by his panic attack, she threatens Arnold with a knife and forces him into a terrified first kiss. With her mother away Luce steps back from her tightly scheduled life, despite her stepfather trying to maintain “mum’s rules” and raising her English teacher’s concerns. Miss Richards also listens to Arnold and pushes him to write down his fear and then choose his own stories. Avoiding homework assignments, missing absent mothers, gossiping, confronting the school bully, hanging out with music, texting and kissing, their week unrolls towards the school social on Friday. The night sees everything come to a head, with Luce’s inner demons wreaking havoc and Arnold discovering the strength within his fear.

As Luce’s stepdad, St John Cowcher endears with his daggy efforts to bond and take fatherly responsibility. Cowcher serves up laconic vulnerability as a step-parent struggling to bond with a resentful, suspicious teen. His lines and physical double-takes arrive with excellent comedic timing. Siobhan Dow-Hall (Miss Richards) embodies the worn idealism and hope driving the dedicated high school teacher, relishing the script’s acerbic asides and sarcastic quips. With a delicate touch, Dow-Hall reveals her character’s fear and vulnerabilities concealed behind a brittle bravado.

Playthings disrupts the expectations of heart-warming coming-of-age stories. Composed of many small moments containing big thoughts, this tale of two high school misfits is dense with interlocking, overlapping emotional developments beneath its surface whimsy. Great live performance works use the immediacy and urgency of the shared time and space to tackle the difficult matters in life but tend to reserve the heavy hitters for stories about adult experiences. While Playthings allows the adults their own struggles, Arnold and Luce take the lead on deep and meaningful reflections on grief, loss, fear, bullying, abuse, mental health and death – the impact amplified without the lens of time and life to cushion the blows.

Composer and sound designer Rebecca Riggs-Bennett makes the most of some classic tunes, setting up the soundtrack to Luce and Arnold’s future lives. Riggs-Bennett enhances scenes with sound effects and plays with an emotional palette to complement characters’ responses. Chirichilli’s costumes work with the subtleties of school uniforms and rejoice in Arnold’s “brave choice” of outfit for the school social.

Originally presented at The Blue Room Theatre, Scott McArdle develops his work from black box theatre to main stage production with aplomb, his script carrying its emotional load with fresh eyes for absurdities of the everyday. Collaborating with his team he tells stories that society politely ignores. Playthings represents its own story of hope, bringing together the best of local independent and main stage theatre, and a welcome return to full (albeit masked) audiences.