Survival of the desperate and the cunning in a dystopian world.
Arjun Rajkhowa 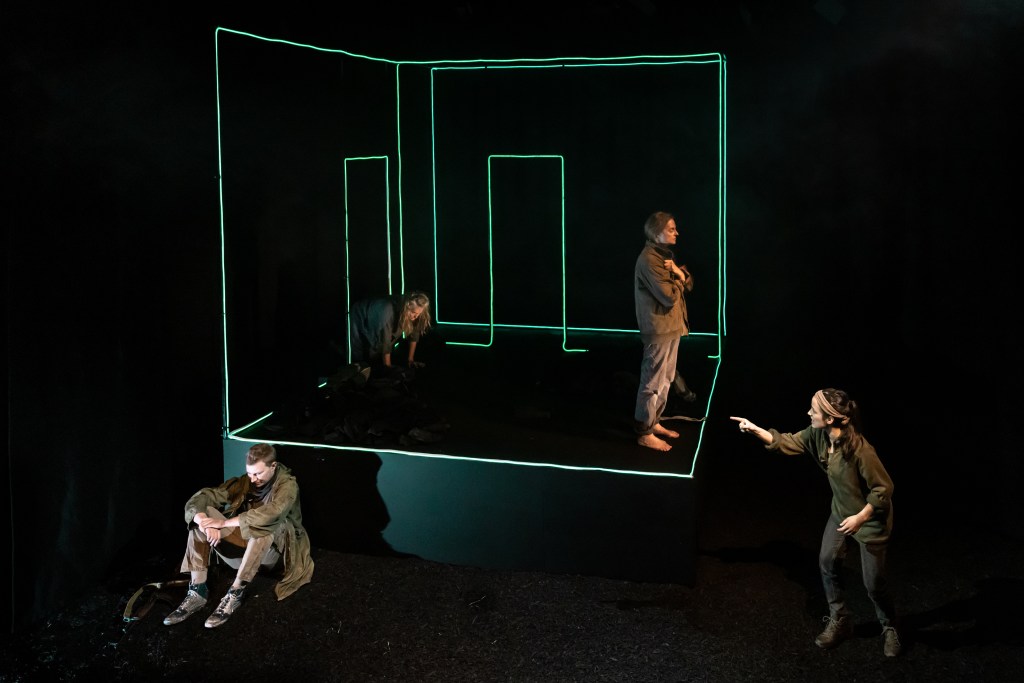 ‘The set design and lighting amplify the apocalyptic atmosphere.’ Photo by Darren Gill.

#NoExemptions is a play about human conflict at the moment of ultimate surrender to apocalyptic forces. Angela Buckingham’s script pits a husband and wife duo, and a woman who was once their friend and neighbour, against agents responsible for the evacuation of people from an apartment building. The former are hiding in a now-desolate apartment in the mostly empty building and the latter conduct patrols to ensure all residents are evacuated and transported in accordance with the dictum of an unseen authoritarian force that has established itself as the government.

This dystopian reality is movingly enacted by the cast – Carolyn Bock, Endrico Botha, Helen Hopkins, Hugh Sexton and Eva Seymour – under the direction of Susie Dee. The tension and conflict in the hideout – between action and inaction, resistance and surrender, and giving in to hunger and continued restraint – make it clear that the characters are on the precipice of disaster. The dialogue plays on the contrast between the current state of apocalyptic desperation and memories of more genial times.

The central conflict in the play – between Maria, who is waiting for her husband Paul to return to the apartment, and Ewa, Maria’s former neighbour and now companion in hiding – is visceral. Maria is determined to preserve their last morsels of food but Ewa is delirious with hunger and cannot wait, with the play depicting a physical desperation that becomes more severe over time.

The set design and lighting amplify the apocalyptic atmosphere of the narrative. The use of neon lighting to mark the contours of the room in which the last residents are confined is visually impactful. Costumes and props bespeak desolate desperation and are handled proficiently by the actors. Overall, the stage craft is exemplary. The intimacy of the theatre enhances the play’s conceptualisation of hidden space.

This is a play that draws on a venerable tradition of desolate end-of-times narratives and it does so thoughtfully. The increasingly heightened tension between those confined in their hideout has been created and delivered perfectly. The focus on the forbidden last morsel as the source of the ultimate struggle is apposite and the actors dramatise this primordial conflict superbly.

#NoExemptions will be performed until 8 May 2022