A livestreamed theatre production from Amsterdam that refreshes the ancient story.
Anita Sanders 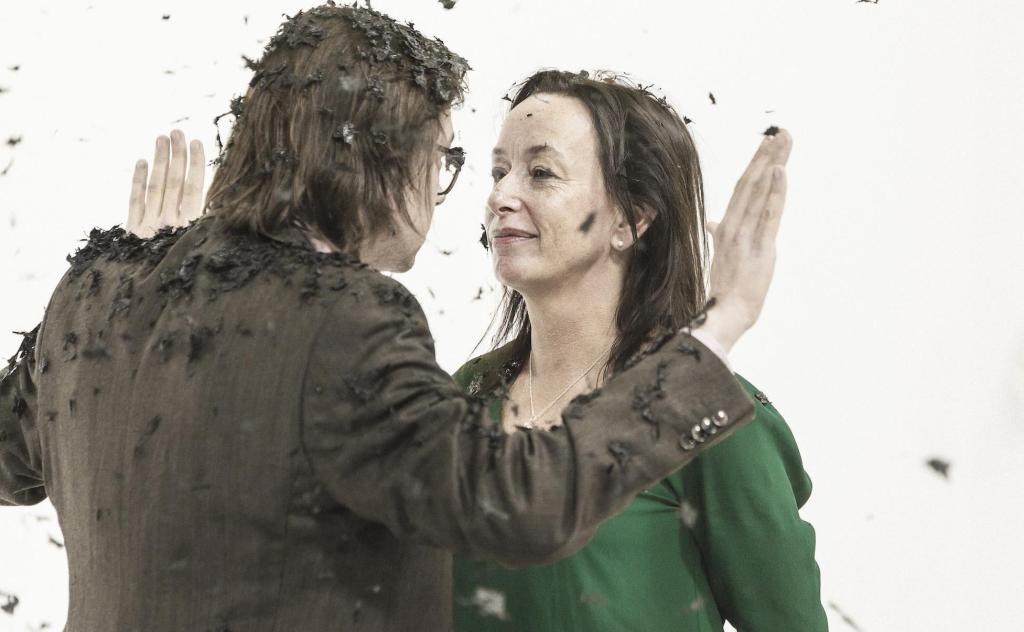 Medea is a livestreamed theatre production from Amsterdam that refreshes the ancient story exploring a distressed woman’s psyche. The production is a contemporary adaptation that draws from the true story of Debora Green (1951). Unfortunately, the way the play is filmed for the livestream, the production shifts it into an ineffective film. The story is not finessed enough to create a sense of tension but the cast’s performances are powerful.

‘The cast’s performances are powerful.’

The play commences with the wife, Anna (Marieke Heebink) returning home after being in a mental institution. She is determined to get her life back on track, making a happy family unit again and returning to her research career. While Anna’s goal is clear, the reason she wants it is unclear, a hole that diminishes the play’s tension. It is also a problem that is echoed in other characters.

Anna’s husband, Lucas (Aus Greidanus jr.) says he is fearful of his wife and also wants to move on with Clara (Eva Heijnen) as his romantic partner. However, Lucas visits Anna frequently and without the pressure of external influences. It becomes difficult to feel that Anna is a problem in his life that should be met with mistrust and fear.  At one point, Lucas makes a decision about their children that Anna disagrees with. This would’ve been a great opportunity for conflict but instead it’s pushed aside instantly as Lucas says he has full custody. The lack of conflict and character reasoning, prevents exploration of Anna’s psyche. For this reason, the play feels like it is always skimming across the surface rather than plunging in, making it dissatisfying.

The set and lighting design is equally disappointing. The set in Amsterdam’s theatre looks like a giant white box. It is a good symbol for the fresh slate that Anna is trying to utilise and does visualise Anna’s degrading psyche as the show progresses through making the dirt and blood marks easy to see. However, it feels under explored as most of the time only the white walls are visible in the live stream. There is a screen that sits above the walls, where different angles of the scene on stage are shown but its used infrequently, adding minimal visual interest.

The lighting in Amsterdam is static, a constant bright white light across the entire stage. Perhaps, it’s to make the situation feel clinical but it doesn’t have that impact. In Adelaide, the stage is just a big screen almost sitting on the edge of the stage, it feels like cinema. It’s disappointing as the screen could’ve been set back on the stage and had the drapes dressed in white to match the action in Amsterdam, creating a greater connection between the spaces. Maybe, if the show was filmed differently, the experience of these elements would be stronger.

Read: Theatre Review: The Sum of Us (Perth Festival)

The livestream is filmed with high quality cameras, making a sharp and detailed image. Most of the time the cameras are set up to take close-ups of the actors’ faces. The filming style shifts it away from being a play because we rarely see the stage. The typical techniques used in theatre to guide an audience’s focus are not visible and so some of the artistry in using the theatre’s space is lost. In Adelaide, the auditorium is quiet, the usual subtle verbal responses are completely gone.

‘Maybe, if the show was filmed differently, the experience of these elements would be stronger.’

The cast are exceptional talents and show a clear understanding of their character’s inner turmoil through their physical responses. Heebink does this particularly well through using her movement’s speed to convey the amount of unrest her character is experiencing. The cast often feel far away from the audience, the changes in their volume not reaching the speakers in Adelaide. An experience that calls for the audio team to be more creative about how they fill the space with the cast’s voices and thus support their energy.

Medea is an experiment in live streaming but also a play in its own right. There are weaknesses in the story’s ability to create tension and the production elements need developing. This production could be stronger if more thought was put into how the two theatres could be connected to create a shared experience.