Theatre review: A View from the Bridge 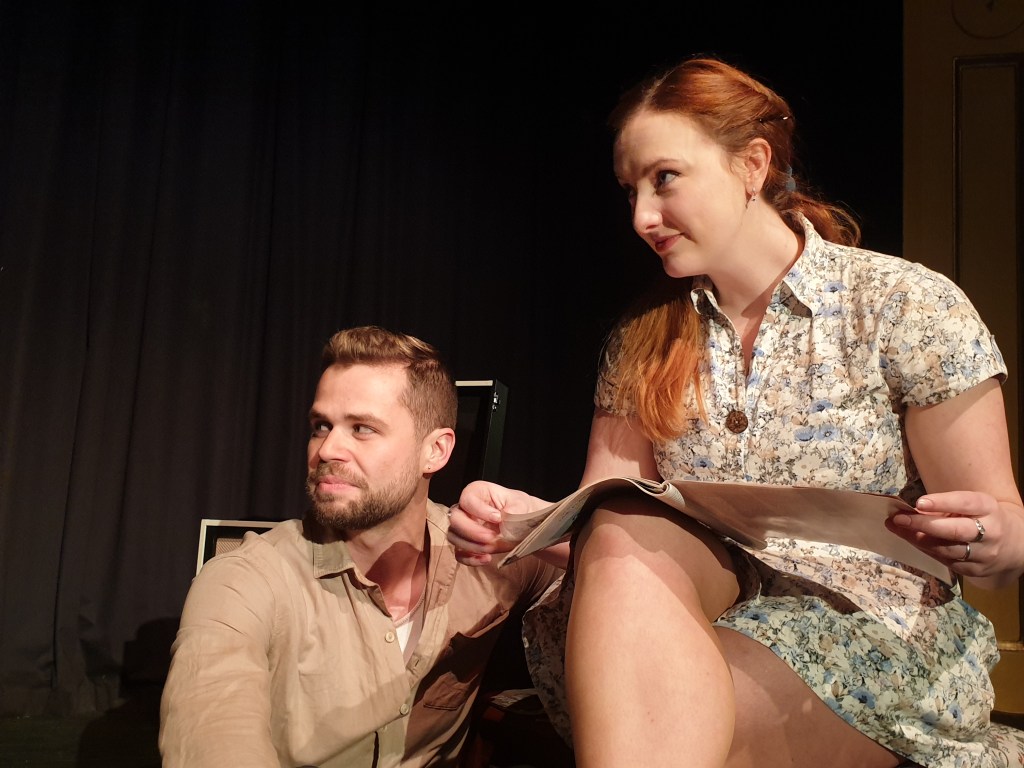 South of Hobart, forty minutes drive down a winding and spookily misty highway, is the town of Huonville, heart of the Huon Valley, which is characterised as a green and pleasant land of rivers, caves and forests, orchards, vineyards and villages.

It is also home to writers, musicians, filmmakers and artists, and hosts popular annual events like the Cygnet Folk Festival and Huon Valley Mid-Winter Festival. It is here that accomplished actor Lisa Gormley has chosen to settle and to establish ‘Acting True’, an actors’ development studio.

Spreading the creative scope of her work, Gormley has now produced and directed Arthur Miller’s 1955 classic, A View from the Bridge. It’s a sensible choice for a first foray into directing.

The play has a good track-record, and offers solid characters, a strong plot, and some juicy set-piece scenes. Working on such a play, the emerging director can gain hands-on understanding of how plays work.

As well as being in Huon country, we are also in familiar ‘Miller territory’. The volatile, tragic hero of this play, Eddie Carbone, does very Miller things and thinks very Miller thoughts. Like Willie Loman (Death of a Salesman), he wants respect. Like John Proctor (The Crucible) he wants his name. He knows his actions will damn him, but he goes ahead anyway. Constructing his own reality, he believes he can be both saint and sinner, and get away with it. Ultimately Eddie – and, by implication, we – must confront the truth: greed has corrupted our inner lives and, Miller says, a day of reckoning is coming.

Here, the villain is self-delusion, greed manifests as lust, and reckoning comes through a blade to the belly. It’s specific, torrid and concentrated.

Gormley directs with a deliberate hand. She takes a straightforward approach, delivering a precise, clean, conservative, and successful production.

There is one thing missing … In the crowded Carbone apartment, exotic, muscular working-men sleep a room away from a sweet, flirtatious young woman who is starting to wear her skirt a little higher. There’s the imminent threat of incest, insinuations of forbidden homosexual desire, and everywhere an undertow of sexual frustration. Sweat pinches the nostrils. It’s a combustible situation. Yet this production, well acted and strongly directed as it is, is doggedly asexual.

Gareth Dawson’s sound design lends moody support to the production. The set – a few pieces of random furniture in front of a black curtain – would have benefited from a bit more love.

The cast, a mix of professional and community actors, have been fashioned by Gormley into a solid ensemble, delivering evenly pitched performances. Jayson Morrison as Eddie projects both the appeal and menace of the mad hero. The performance is rather too aggressive initially, so that Eddie’s self-delusion of innocence does not find purchase, but Morrison’s performance makes more sense as the play progresses and the threats to Eddie’s fantasies take hold.

Jon Lenthall plays the lawyer Alfieri, who acts as Chorus to the tragedy. To him falls the task of foreshadowing the play’s brutal ending, and Lenthall, with Gormley, unnervingly amplifies the play’s gathering darkness and disaster. The two scenes between Lenthall and Morrison are particularly fine.

A View from the Bridge by Arthur Miller