A lively, colourful and at times visually-searing production.
Glen Falkenstein
[This is archived content and may not display in the originally intended format.] 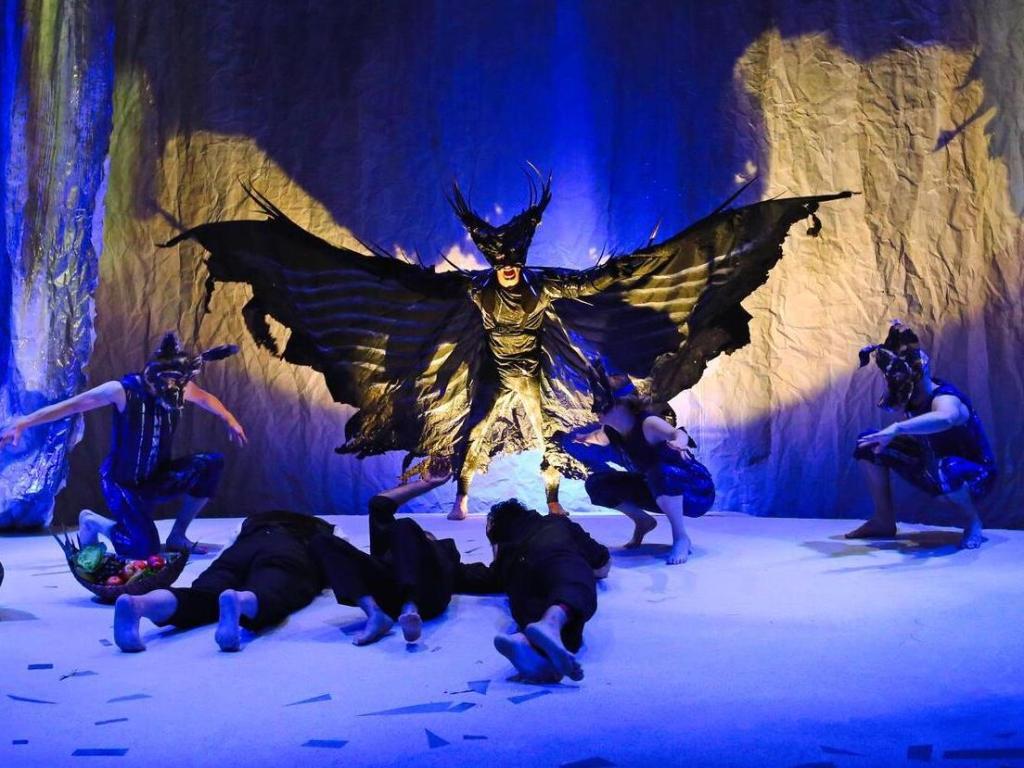 “Your compensation makes amends; for I have given you here a third of mine own life.”

Many of Prospero’s quips rang true on the opening night of Bell Shakespeare’s The Tempest, with famed director John Bell stepping down from the helm after 25 years. The story of a sorcerer stranded on an island who weaves illusion, confounds, exhilarates and frequently delights was a very shrewd final choice for the accomplished company stalwart and icon of Australian theatre.

A reliably enjoyable production, Bell’s latest and final play as director hosted the traditionally sparse set-design, appropriate for a near-deserted island, to let the actors run amok and vividly enliven one of Shakespeare’s most popular plays. A wall of tarpaulin used in the opening moments to re-create the storm is one of the most visually arresting of many such moments, along with the visions induced by Prospero and some of the more light-hearted moments featuring the comic relief prancing around the stage in any number of get-ups.

Prospero (Brian Lipson) and his spirit-bidder Ariel (Matthew Backer) were the most engaging and memorable performers in the production. Proving never-tiring and playing off each other to great effect, from Prospero’s various monologues to Ariel’s mischievously comic yet methodical tampering with the stranded sea-farers, both deployed riveting and at times emotionally compelling performances. Lovers Ferdinand (Felix Gentle) and Miranda (Eloise Winestock) were also deftly cast, a Disney-esque romance between the two enjoyably developing throughout the play.

The King and his train proving a little more rigid and less-lively than the other players, the production is not nearly as enjoyable as when the more affected sailors, the burgeoning lovers, or Prospero himself are on stage, either weaving their magic or, in the case of the stranded, delighting at being both the most pleasurably boisterous and hilariously-dressed.

A lively, colourful and at times visually-searing production, John Bell’s Tempest is a high note to go out on, and as expressed many times in the words of the play’s protagonist, a fine end-note for an emblematic creative director who clearly ​delighted in amusing many audiences over decades.