Exceptionally clever and outrageously fun, The Literati is well worth your time.
Glen Falkenstein
[This is archived content and may not display in the originally intended format.] 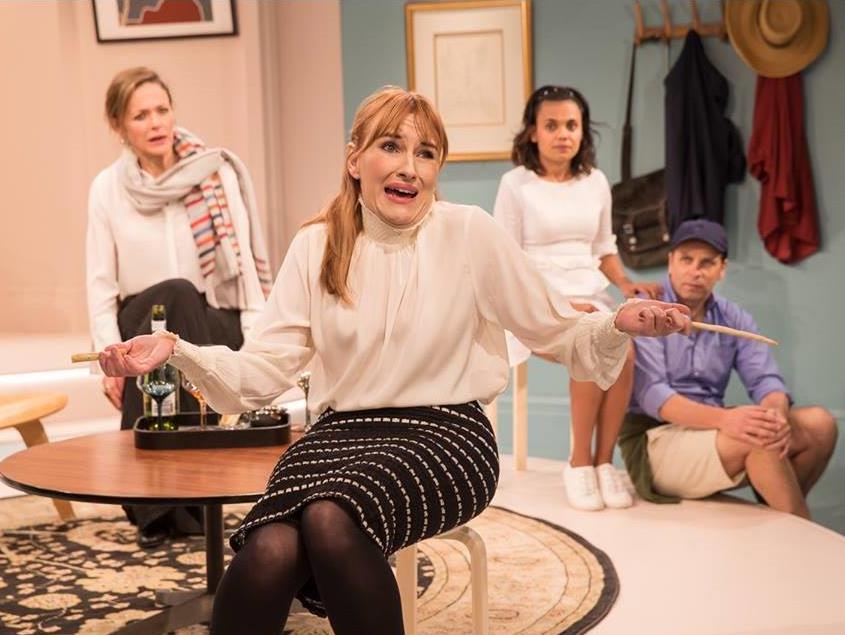 Set today and slightly more relatable than historic, well-trodden Francophile fare, nine characters, eight of whom are portrayed by four actors, debate, exchange and fluster in stirring displays of wit and perspicacity. Gareth Davies portrays the play’s writer, in every sense an insufferable, pretentious twat whose manner Davies executes with succinct, caustic self-awareness.

The other four players are too, well cast; Caroline Blazier (from ABC’s Rake) plays both a mother and a sophist intent on challenging Davies’ questionable theologian, while Kate Mulvany as a risible intellectual elicits some of the best laughs of the play, as well as indulging in some of its most romping physical humour.

Jamie Oxenbould depicts both a father and his daughter’s less-than-learned love, in one sequence switching consummately between the two as they bicker in one of The Literati’s most immaculately staged sequences.  Accomplished with the help of a revolving stage, the gimmick is among the play’s best assets, a worthy addition not often seen in a medium-sized theatre and unfortunately deployed all too sparingly.

Boasting fine performances, it’s Fleming’s deftness in adapting the prose which is the real reward here. Self-aware while partaking in seasoned-ripostes or grand philosophising, the loathsome pretentiousness of so many of the characters is as much on show here as the barbed witticisms or gleeful performances, allowing The Literati to frequently, and thankfully, laugh at itself.

A world premiere – a risky gamble, which formented the play’s style – has more than paid off.