Reed-Gilbert’s memoir is a touching if somewhat disjointed ode to the fearless woman who raised her against all odds.
Georgia Brough 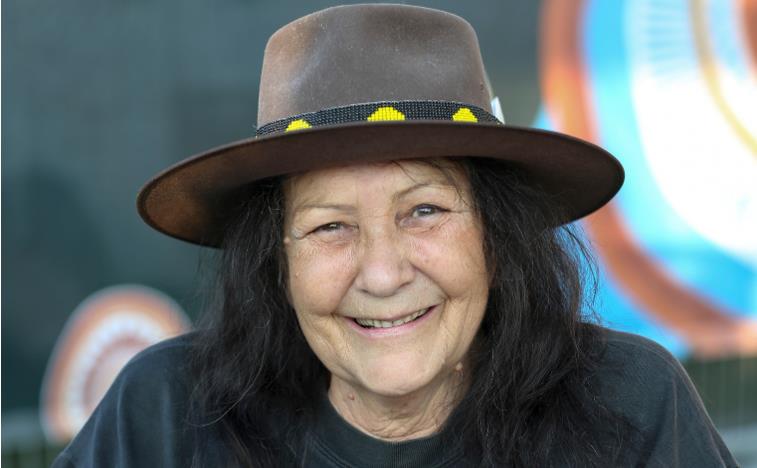 When three-month-old Kerry and older brother Kevin lose their mother to an act of violence, they are brought in and raised by their father’s sister, known as Mummy. With many young charges in her care, Mummy makes ends meet fruit-picking (as well as undertaking many other jobs), determined to raise her children well and keep them from the clutches of the ever-looming Welfare, a bogeyman-like example of White oppression and control.

The Cherry Picker’s Daughter is the late Aunty Kerry Reed-Gilbert’s memoir of a childhood spent growing up in Mummy’s care in 1960s Australia, and a searing account of the many hardships and agonies faced by Indigenous families in this era. Reed-Gilbert’s reflection of this time is a poignant contemplation on life as a State Ward, and a love letter to a woman who defines the very word selflessness.

Reed-Gilbert, an Elder of the Wiradjuri Nation and a tireless advocate for Aboriginal people, tells her story in her childhood voice, frequently using vernacular. There’s not a lot of plot here; the book more reads like a sequence of events (some key, some everyday) in the family’s life, rather than necessarily providing a cohesive storyline to follow. Nonetheless, it’s an insightful and key look into the struggles, racism and classism an Indigenous family experiences regularly, and Reed-Gilbert imbues her reflections with enough subtle nuance, tenderness and adult hindsight to make this slightly disjointed storytelling work. A strong memoir provides insight into a life, experience or a way of life, and Reed-Gilbert’s The Cherry Picker’s Daughter has done certainly that, providing valuable insight into a family living a life on the fringes of society and of a people displaced and ostracised by the oppressive forces that govern them, despite belonging to cultures that have been here for thousands of years.

The tragedy of social politics, rivalry and prejudice causing Kerry’s siblings to exclude and alienate her from Mummy in the latter’s old age is agonising. With Reed-Gilbert tragically passing away in July before the publication of the book, we are unlikely to know if this was ever resolved. Similarly, without revealing key spoilers, the climax of the book centres on the revelation of a traumatic event in Kerry and Kevin’s childhood, and their fight to have the discourse surrounding this event changed to accurately reflect its true circumstances. However, the situation is also left unresolved (this is something that typifies memoir; a reader must be content to allow open endings). There’s likely key information missing here, whether by omission or otherwise, and as this event is both the driving action for the story and key to its climax, it can be frustrating, as a reader, to be presented solely with conjecture, rather than concrete information.

But, arguably, it doesn’t matter. At its heart, this is primarily a story of mothers and daughters both present and absent. This is a story about the fearlessness of Indigenous women; a stirring ode to a woman who worked to the bone to care for her children and to protect them as best she could from a world that threatened, ostracised and abused them. To borrow from Melissa Lucashenko’s foreword, ‘the fighting spirit of senior Wiradjuri women is a mighty thing.’