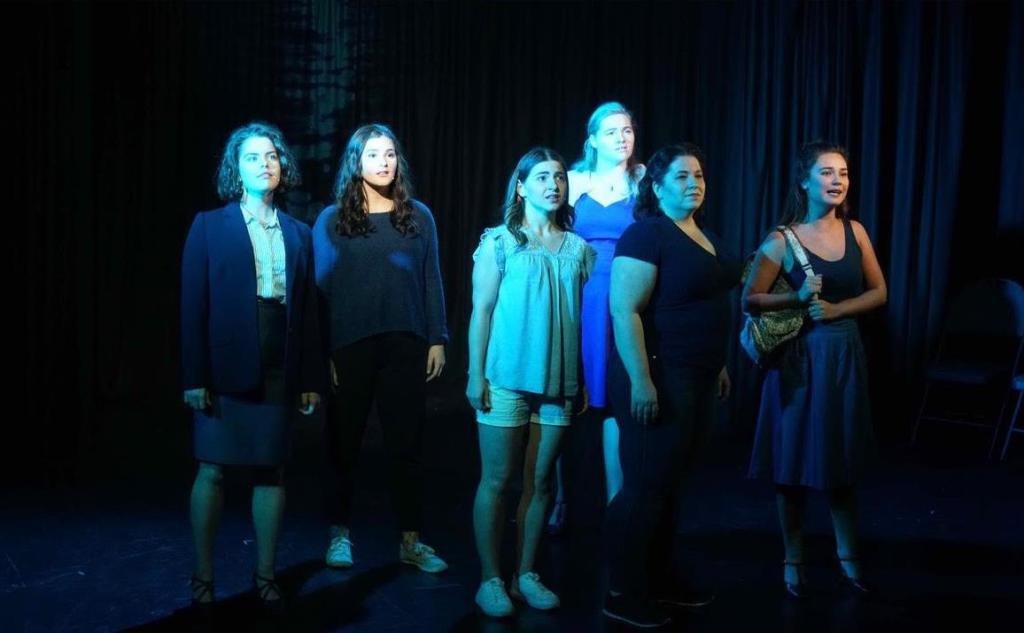 Songs of the Northern River is a new Australian song cycle with an all-female cast. Photo: AJ Ridefelt.

Songs of the Northern River is a song cycle by Melbourne-based songwriter AJ Ridefelt which examines various facets of contemporary Melburnian life through a range of musical theatre stylistic filters. The subject matter and mood ranges from sentimental and significant to comically banal, and the musical theatre styles incorporated are similarly diverse. Certain pairings of substance and style are incongruous in a tongue-in-cheek way that appears to parody the genre, such as the personification of poker machines in the form of a sassy vocal trio decked in sequins.

Each of the six young performers are consistently strong through the 12 songs, and display a versatility and maturity beyond their years. Teagan Nowicki is effervescent and convincing in each of her roles from the disgruntled commuter in Pissed to the lovestruck gamer in Virtual Love. Shannen Alyce Quan is similarly versatile, presenting a range of nuanced sentiments such as a writer’s perfectionism and resilience in response to injury. Anne Gasko embodies each of her respective roles as sultry jazz siren, doting mother, and curmudgeonly camper.

The songwriting is consistently good, turning a range of complex situations and sentiments that don’t readily lend themselves to song into effective showtunes that range from the witty, upbeat playfulness of Virtual Love to the poignant empathy of People are Kind. There’s a refreshing sense of authenticity in Songs of the Northern River not commonly seen in musical theatre, owing to both the creator’s willingness to explore shades of grey as well as certain phrases in the lyrics. (An undercover post-show chat with a few people in the audience revealed that Ridefelt incorporated a fair chunk of his own day-to-day vernacular in the songwriting, which might account for the sense of authenticity.)

Although the range and variety presented in the frame of twelve songs and 60 minutes is a good showcase for songwriter Ridefelt’s versatility as well as the talents of the ensemble, the disparate nature of the pieces results in a lack of cohesion or sense that the twelve songs comprise a greater whole.

Nonetheless, there’s a sense of community and rawness to this showing of Songs of the Northern River, presented in the intimate space of the MC Showroom. As a finished work it could use some fine-tuning, but the talent and potential for this concept as well as the creatives on stage and off is undeniable.