Dense with interpretive connotations, The Spinners is an hour-long homage to the Fates of Greek mythology.
Emma Bedford 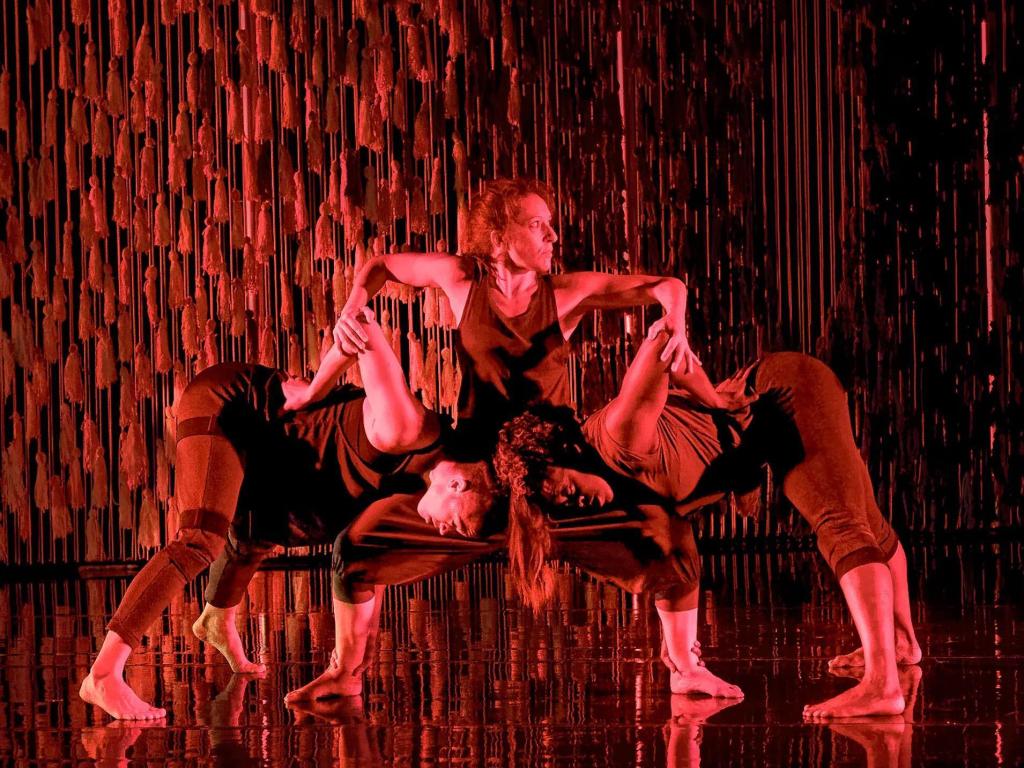 What is dance but creating pictures with bodies? Perhaps there is some truth in the notion that contemporary dance is at once disarming and inaccessible, beatific and mesmeric to some, quietly emotionless to others.

The Spinners is described in the program notes as derived from ‘the bridging of traditional boundaries between technical dance and wordless theatre in a way that is genuinely intellectually, as well as viscerally, stimulating’ and the work has been three years in development.

Three dancers perform the hour-long homage to the Fates of Greek mythology; three goddesses charged with measuring, weaving and cutting the thread of life, helped along by Wendy Todd’s tactile, sensitive set design. Within the work there is much fondling of small, wadded clots of thick thread, half doll – half tassel, as well as the arrival of long pieces of thread from a surprising location; there is loud, repetitive music and undulating hand gestures signifying many things.

Shiny tarkett dance floor mirrors the intricate, wildly tasselled backdrop, conjuring ethereal notions of the turgid sea. Broadly speaking The Spinners is both yonic and Shakespearean, which is no surprise given the subject matter. Clotho, Lachesis and Astropos are brought to vivid life by Lina Limosani, Tara Jade Samaya and Kialea Nadine Williams, three strikingly different female dancers exploring the Fates role in controlling the mother thread of life for every mortal, from birth to death. It’s heavy stuff, couched in mesmeric birthing analogies executed with magnanimous precision and much of the work is bodies, sensitively lit, emulating the machinations of industry and effort.

The costumes are striking in their simplicity; a prominent cauldron-esque set item is well used within the piece’s tight choreography. For an hour, the women paint vignettes, aided by oversize knitting needles, their movements concerned with the repetition of fabrication. Technology intervenes, both figuratively and literally and at the crescendo of the piece, Guy Veale’s pervasive, sometimes oppressively repetitive sound track sees the dancers exhaust themselves within its tussle and hum.

Choreographer and performer Lina Limosani is a standout, expertly throwing her lithe body about the stage supported by Tara Jade Samaya and Kialea Nadine Williams, who give strong, but not masterful performances. The choreography touches on some really interesting subject matter, the concept of being on hold, of waiting and voyeurism in our modern age, but it’s one reoccurring, metaphoric visualisation that jars the viewer; there is much open-mouthed gasping, comic in its intensity.

Dense with interpretive connotations, nearing its finale The Spinners becomes something of bestial wonderland of arms, hair and legs. It’s an ambitious piece and there are attempts at profundity here, though some of the work’s intensity gets lost in long looks and the thrusting of three sets of arms.