Featuring Wang Zheng-Ting, this show was a fitting finale to the inimitable brilliance of The Usefulness of Art concert series by Adam Simmons.
Raphael Solarsh
[This is archived content and may not display in the originally intended format.] 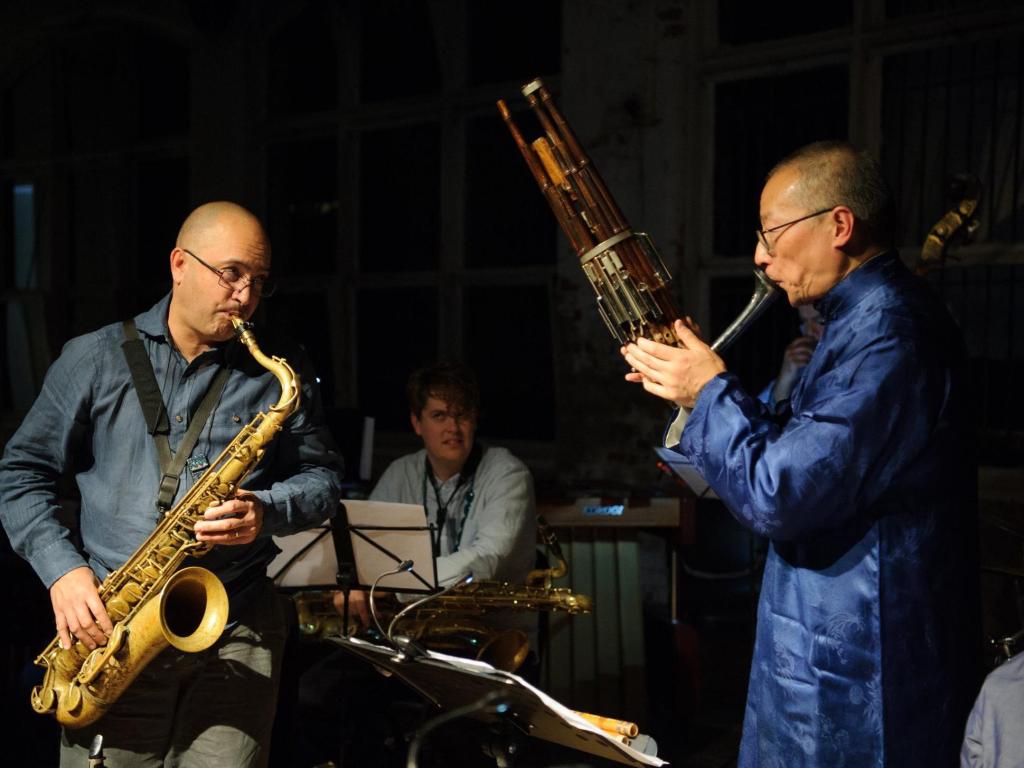 Adam Simmons in The Kites of Tianjin, as part of The Usefulness of Art Series. Photo by Sarah Walker.

Adam Simmons’ The Usefulness of Art has been a ground-breaking and magnificent musical journey. Simmons and his collaborators have plotted a singularly innovative and evocative trail that has taken audience to the far-flung corners of the world with Simmons’ exquisite sonic journals. Each concert has offered not just music inspired by place but deeply personal narratives seamlessly intertwined. The Kites of Tianjin takes us to China to visit a famous kite maker and gain the unique perspective that only the end of great journey can offer.

There is a feeling that you get sitting in the airport, waiting to catch the final flight of trip, the one that will take you home. If the trip has been a significant one, it’s a time to reminisce about the most memorable experiences, lessons learned and so on. If you’re lucky it feels something like the total satisfaction of a large meal. You want for nothing but still have the taste of it in your mouth. You feel no restlessness and a calm that comes from a prolonged period of no regrets. This is where The Kites of Tianjin begins. 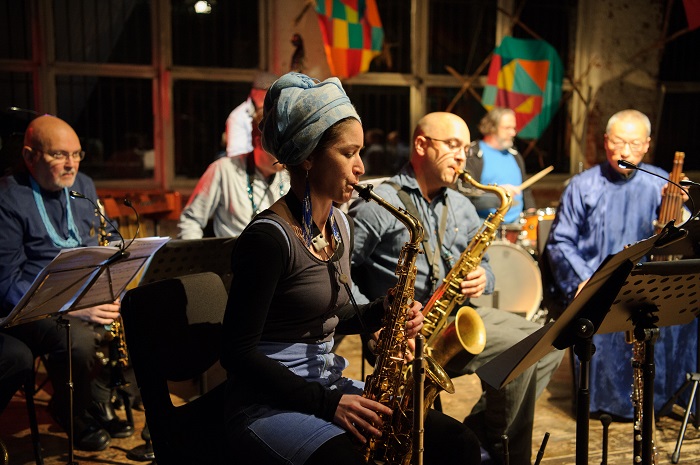 Adam Simmons’ The Kites of Tianjin, as part of The Usefulness of Art Series. Photo by Sarah Walker.

Where Travelling Tales was filled with unbridled wanderlust and the mania of a peaking journey and The Calling grappled with the angst of a conflicted return to an ancestral home, The Kites of Tianjin brings the freedom and joy that comes with being released from all obligations, hedonistic and pathologic. The theme of kites and breath is a fitting one then, as Simmons puts the wind at his back and launches into fuller and more relaxed sound with fewer hard edges and more overlapping frayed ends. Simmons has clearly been waiting to unleash the torrent of new ideas and tricks that didn’t fit into more carefully curated compositions. There is a playfulness and willingness to drift and flow that Simmons hasn’t shown thus far, more conversation between the players, more fun.

There were few moments that captured this so perfectly as the exchange between Simmons and Wei Zheng-Ting; a kind of call and response unlike any you’re likely to have seen. Having previously seen the Sheng (Chinese Mouth Organ) only as part of a classical ensemble, I was blown away to see it put to use in a jazz composition. It adds another dimension. In the hands of Zheng-Ting it seems as if he is drinking the sound out of the ephemera and exhaling it back out as sound. He is yet another remarkable collaborator that Simmons seems to have a gift for drawing in.

The Kites of Tianjin marks the formal end of The Usefulness of Art series but Simmons hinted that more is on the horizon. One certainly hopes so because Adam Simmons is producing some of the most incredible jazz in Australia or anywhere else. It is a shameful failure that his work has not been better supported because this is the kind of music that inspires, wows and brings the world directly too you in all its vivid colour and possibility.