The horrors of the Western Front are evoked in miniature and to haunting effect, in this uneven but technically striking production.
Richard Watts 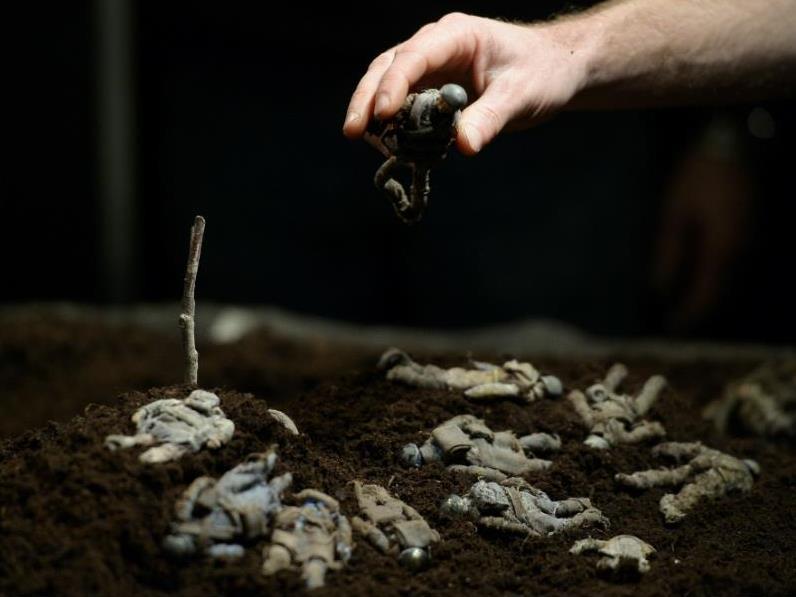 Forests made from parsley and cardboard cities burn on a miniature stage, with a small camera positioned to perfectly capture the destruction for the audience. A young man’s glee at mowing down the enemy turns to horror. A legless man screams from No Man’s Land, begging someone to kill him, for hours.

On a larger screen at the rear of the state we watch these dramas unfold. We see the mud of the trenches, through which a soldier’s booted feet trudge. He stops to relieve himself, a stream of water splashing at his feet. Suddenly a shot rings out and the soldier falls dead.

The magic of this production is that, even though all we ever see of the soldier are his booted legs, we still feel a pang of pity as he dies.

Good puppeteers invest the most unlikely of objects with life. In Dutch company Hotel Modern’s The Great War, life and death are recreated to startling effect thanks to the skilful hands of Pauline Kalker, Arlène Hoornweg and Menno Vroon, who double as camera operators. Kalker and Hoornweg also act (less effectively) as the production’s narrators.More accomplished voice actors in this role could do much to enrich the production.

Paired with inventive videography and accomplished live foley effects by Arthur Sauer, the cumulative effect of The Great War should be stunning. Unfortunately, dramaturgical and narrative flaws cause some moments to fall flat, leaching the production of its power.

A comedic opening sequence depicting the origins of WWI feels somewhat forced by the time it has played out, while a later sequence, depicting a ship crossing the English Channel, jars. The depiction of a submarine’s attack in this sequence seems clumsily staged – one of the only weak puppetry sequences in the production – while the narration jumps abruptly and awkwardly to a post-war perspective, as told by a survivor of the sinking ship in retrospect.

The sequence feels awkwardly inserted, and afterwards, while the skill displayed is compelling, the production never quite recovers its footing. A moving and haunting penultimate sequence does much to restore the mood, but is followed up with a weaker final image; another distraction in this fascinating but uneven production.

The last time Hotel Modern played Adelaide Festival was in 2013, with Kamp, a wordless production set within a miniature Auschwitz. The Great War is an earlier work, with a less refined aesthetic. Stripping away the narrative would do much to strengthen the production – as Kamp illustrated so effectively, sometimes horror cannot be told, only shown.