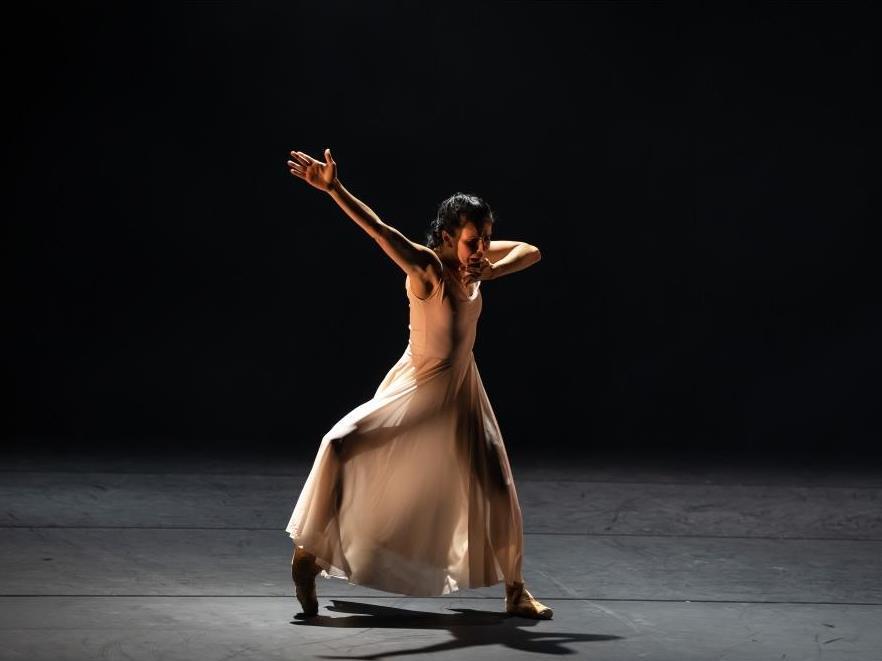 Hotly anticipated, this was a chance to see one of ballet’s mega superstars, Natalia Osipova, and three of her colleagues perform in some challenging modern pieces by a smorgasbord of choreographers.

The opening work is the main pas de deux, Antony Tudor’s The Leaves Are Fading, danced by Osipova and Halberg with fast fleet footwork, fluid arms and some amazing jetes. The partnering is almost dizzying, performed with a sense of rapport between the two and a luxurious display of technique, with some breathless darts, leaps and catches. Despite superb dancing, I was distracted by the design of Halberg’s costume, with its frilly line at the bottom of his tunic and the overlong neckline.

Hallberg’s solo, Kim Brandstrup’s In Absentia, has a rather casual yet focused feel about it. He is presented as a dancer running through a work in the rehearsal studio, using a recording of his previous performance in the role. It is as if he becomes lost in his own contemplative memories. Halberg shows off his pantherine leaps and pure princely line, as well as sometimes just meandering about to the scurrying, sharp and spiky Bach score.

Osipova’s solo, Ave Maria by Yuka Oishi, is intense and dramatic with Osipova in a long white dress, anguished and despairing, pleading for help with imploring arms held high. Some viewers would possibly read this as perhaps Mary at the foot of the Cross. Fingers twitch nervously and there is an overwhelming sense of grief and loss as if Osipova is saying ‘I can’t face it, I can’t deal with it any more’, but still finds the strength to carry on somehow. In this work I noticed how strong and muscular Osipova’s arms were.

Six Years Later by Roy Assaf to music by Deefly, Beethoven, and Marmalade was this reviewer’s least favourite work of the six. Performed by Osipova and Jason Kittelberger, the piece uses shoulder rolls, quivering shakes and trembling, and some fiendishly difficult lifts to draw out an exploration of an intimate relationship with the push and pull of a dynamic power battle. An incredibly flexible and fluid use of the spine is required. At times it is explosively angry, at other times tender and regretful.

Flutter, choreographed by Ivan Perez, has Osipova and Jonathan Goddard fluid and boneless in their unflattering semi-transparent white costumes. The work is at times skittish, demanding fast travelling low jumps, very difficult sculptural partnering and over-the-shoulder lifts, while arms waved like undulating coral, all to create the illusion of flight to Nico Muhly’s soundscape of women’s voices speaking the numbers of addresses where Muhly had lived. Are the two dancers moths trapped and drawn by the light?

The final piece was Valse Triste, choreographed by Alexander Ratmansky to Sibelius’ oeuvre of the same name with an exquisite crystal-like backdrop projection. Performed by Ospiova and Hallberg, it required a long, stretched yet laser-sharp line and lots of swoops and swirls, seemingly light yet full of unexpected twists and turns.

Sydney Opera House has presented an intriguing, extremely varied programme in this event, and the dancing is excellent, though perhaps not entirely satisfying as a production.