A charming work and good cast held back by a worn and ineffective production.
David Barmby 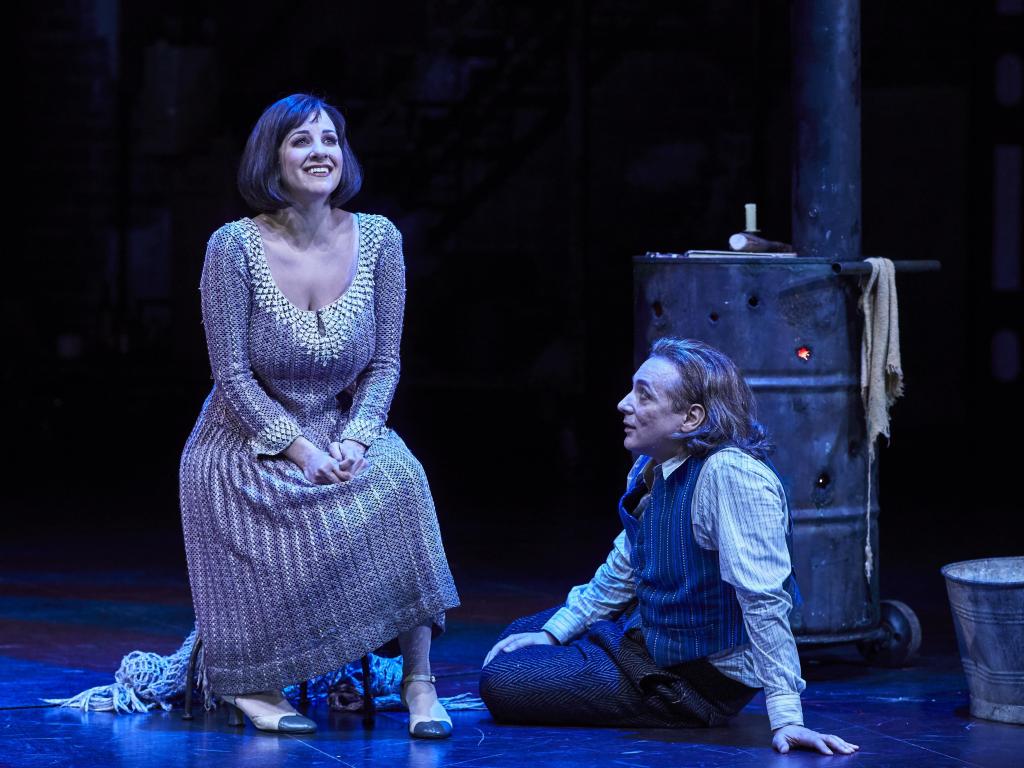 Opera Australia opens its 2019 Season with two enduringly popular operas by Giacomo Puccini, La bohème and later this month, Turandot. On Thursday night we were introduced to Ivan Magrì as Rodolfo and Joyce El-Khoury in the role of Mimi, both in debut with Opera Australia. Each presented as accomplished actors with voices admirably suited to their roles, El-Khoury having an engaging and unusual grain. The duet in Act I, Che Gelida Manina (‘Your Tiny Hand Is Frozen’) was memorable, as was Joyce El-Khoury’s Act IV death scene which left the audience profoundly moved. Ivan Magrì handled the challenging tessitura of Rodolfo with both disciplined technique and élan throughout.

As the four young artists, Ivan Magrì, Samuel Dundas, Taras Berezhansky and Shane Lowrencev were infectiously playing like puppies in their opening ensemble. Samuel Dundas was particularly impressive both for his acting skill and his fine baritone. Graeme Macfarlane’s Benoit was, as always, a delight. Anna Princeva’s carefree and vivacious Musetta stopped the show in Act II, dressed in a magnificent glittering gown and silk cape designed by Julie Lynch. Nara Lee’s nervy and anxious toy-seller Parpignol provided an outstanding vignette.

However, once again I express my concern with the well-respected Gale Edwards’ production which first appeared in Melbourne in 2011 and has frequently been repeated in Sydney and Melbourne ever since. Transporting this simple and charming story of four starving artists living in a Bohemian attic during a snow-bound Christmas in the Latin Quarter of Paris in 1830, no matter how challenging and dire their circumstances, to the seedy, bleak squalor and decadent sophistication of Twenties Berlin is both unconvincing and unnecessary. Further, this production laboriously drains the work of its pathos, imposing a burdensome weight on the original libretto with its historical antecedents as if it was somehow insufficient or inadequate.

This burden reaches an awful climax in Act II with Café Momus now presented as a lurid sex and drug den, with dominatrices dressed in leather and lace limply whipping one another. It was embarrassing to look at. In fact, more than once I had to close my eyes.

German tourists near me left after the first Act. Happily patronising a production of La bohème in the holiday season at the Sydney Opera House, they rolled their eyes in disbelief, and left. Although Opera Australia may think all this relevant and groovy, in fact, it’s very old-fashioned. It was all done 20 years ago in Europe. This production works against the charm of the work, is forced and often just plain, hard and drag-queen-ugly. One hopes that it will be retired and replaced as soon as possible.

Puccini’s quicksilver score is of course brilliant, with vocal music set at the speed of speech and rapid changes of mood described as ‘cinegraphic’. The Opera Australia Orchestra was in fine form though Benjamin Northey’s direction occasionally was laboured, perhaps also driven by the unfortunate interpretation of the setting.