This show not only sizzles with supergiant energy but it’s a timely rebuttal to the whitewashing of Australian identity.
Liam McLoughlin 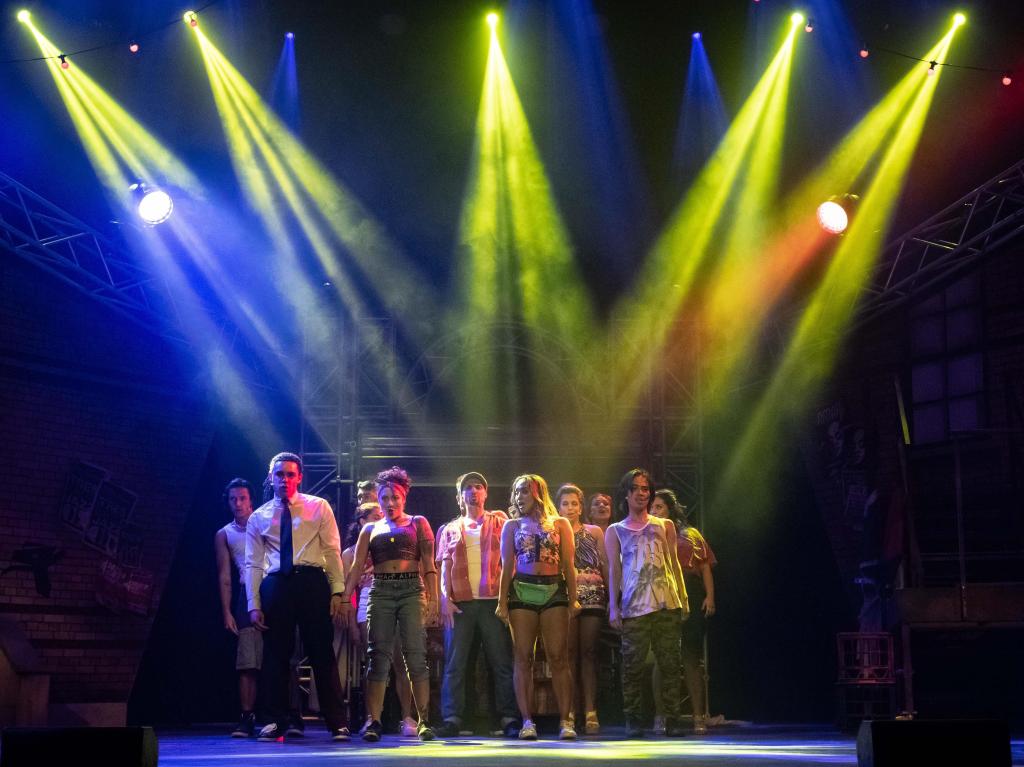 As Sydney sweats through a week-long heatwave, the land of the Gadigal people of the Eora Nation at Bennelong Point has been transformed into the sweltering streets of Washington Heights, Manhattan, home to a bustling Latin-American community.

It’s the summer setting for a web of intimate stories which weave in much bigger themes of minority struggle, inequality, love, compassion, and the vitality of community ties.

It’s the precursor to the most critically acclaimed musical of all time, yet it is far more radical in its representation of class, race, and gender than its more hallowed relative.

It’s an effervescent production bubbling with energy, talent, joy, and dynamism and pulsing with the beats of salsa, soul, merengue, street-dance, and hip-hop.

It’s a masterclass in the benefits of cultural diversity, offset against the tired, cynical racism weaponised by those in power.

Despite its international resonance, In the Heights is a very local tale about Usnavi, a beloved bodega owner who dreams of returning to his homeland in the Dominican Republic, and those who swirl around him. There’s Abuela Claudia, his matriarchal Cuban neighbour who strikes it lucky, Vanessa, the object of his affection who yearns for life beyond the barrio, and Nina, his childhood friend who made it all the way to Stanford but not for long, it seems.

There are more outstanding features in this return season of the original sold-out 2018 Hayes production than Trump’s lies since becoming President, so space constraints deny even an attempt at a comprehensive Washington Post style list (click here and here for just a few of them).

Instead, picking tickets from a raffle barrel in which almost every one is a winner, praise be to Stephen Lopez’s Usnavi when he plays up his dorky charm in an effort to woo Vanessa: ‘That’s what all the ladies say. I remind them of their grandma’. Light-hearted references to class politics are a welcome touch, especially from Usnavi’s cousin Sonny, played by Marty Alix: ‘I’m the Robin Hood of el barrio’ and ‘I’m starting a union: underage cousins of bodega workers unite!’, as well as from Vanessa, played by Olivia Vasquez: ‘I’m not good enough to sit with the bourgeoisie’. Luisa Scrofani’s singing voice as Nina is transporting in a way that Sydney Trains could never be and Ana Maria Belo brings fire to the role of Nina’s mother Camilla. Amy Campbell’s choreography and the ensemble’s delivery are sublime.

In a piece in The Guardian just prior to opening night, creatives and critics alike were sweating translating the successful Hayes show in a 111-seat venue into a powerhouse performance inside the 2700 seat Sydney Opera House Concert Hall. Judging by the fierce energy radiating from the stage all night and returned via a full house standing ovation come show’s end, they need sweat it no more.