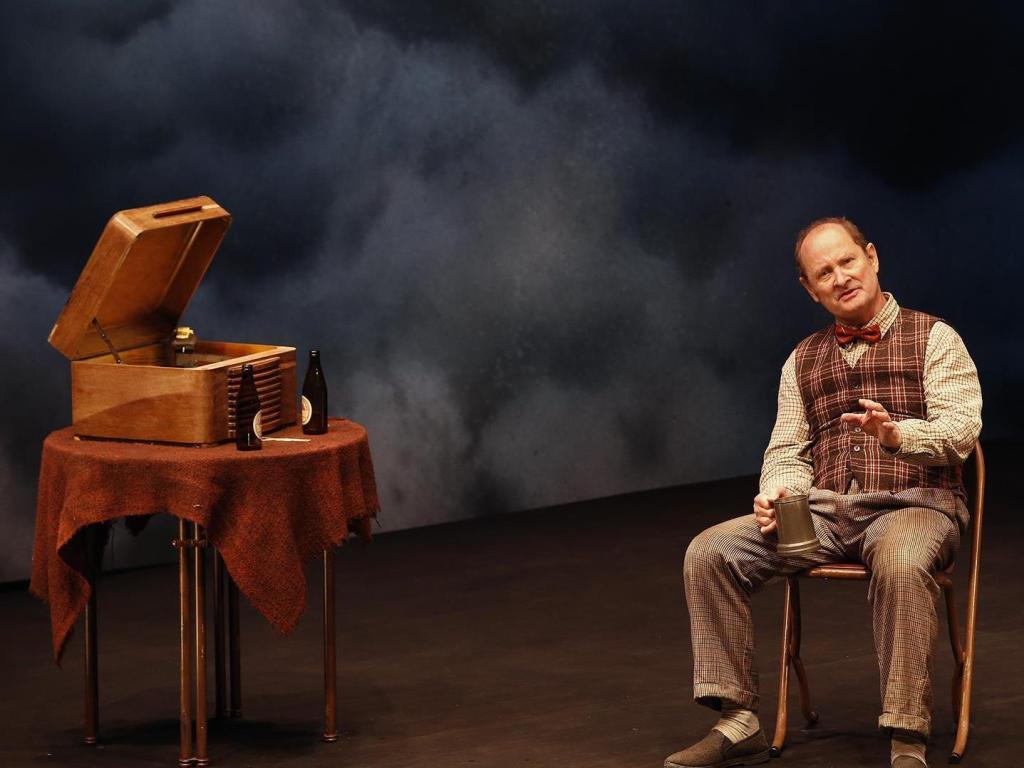 After receiving excellent reviews in Sydney in 2016 and Melbourne in 2017 Faith Healer, directed by Judy Davis and starring her husband Colin Friels and Adelaide stage veteran Paul Blackwell, has been been eagerly awaited by Adelaide theatregoers.

Davis is best known as one of Australia’s most acclaimed film and television actresses with two Oscar nominations to her credit (David Lean’s A Passage to India and Woody Allen’s Husbands and Wives) and she has won eight AFI/AACTA awards, two BAFTAs and three Emmys. Less known is her stage work which includes an Olivier Award nominated performance in Insignificance in the 1980s and infrequent forays into directing include Victory (2004), The School for Scandal (2001) and Barrymore (1999) for the Sydney Theatre Company.

Written in 1979 by Brian Friel, a Catholic who grew up in Northern Ireland, the play touches on issues of Celtic faith and identity that would undoubtedly have had great relevance to an audience experiencing the ‘Troubles’ that were raging across Northern Island at that tumultuous time.

Essentially a memory play, Faith Healer consists of four monologues, each lasting approximately thirty minutes. The play begins with Frank (Colin Friels), a self-proclaimed faith healer who almost believes he can heal people giving his account of their lives trawling the back roads and minor towns of Scotland and Wales with his show. Next, Frank’s long-term companion Grace (Alison Whyte), grimly mired in alcoholism, looks back on her unfortunate life and excoriates the absent Frank for his failings. After interval, Frank’s cockney manager Teddy (Paul Blackwell), provides an outsider’s insight into Frank and Gracie’s troubled relationship and provides some much welcome light relief when, regaling all with his past theatrical successes he details the pitfalls of possessing a brainless but talented whippet. The play ends with another monologue from Frank.

The performances are uniformly excellent because Friels, Whyte and Blackwell are highly skilled practitioners possessed of the rare ability to portray characters so deftly that the audience has little choice but to suspend disbelief. Davis’ directing in this production can not be faulted.

However, the production is let down by flawed material and the venue. The cavernous Space Theatre is incapable of providing the intimacy required for a play made up of monologues. Friel’s play is overlong. Frank’s last monologue does not impart enough new information to justify its length; far too much familiar, banal information is re-iterated and consequently there was little to distract the audience from the discomfort caused by sitting for over two hours on the Space Theatre’s notoriously painful and unforgiving fold-away seats.