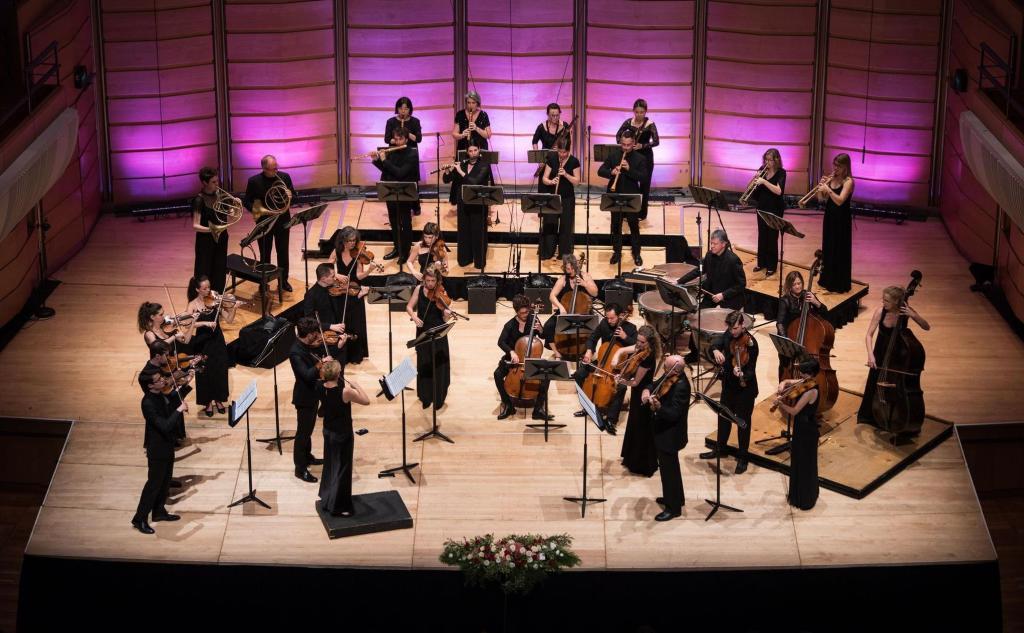 This one-hour recital featured five works showing some of the depth and diversity of the Classical and Romantic repertoire, focussing on the early Classical period. These pieces were chosen to celebrate the importance and influence of the 19th Century Mannheim Court with Beethoven’s beautiful Cavatina as the centrepiece of the performance.

The program opened with the Divertimento in F Major by Mozart. This was composed by a young Mozart after he had lived in Italy for 18 months and there are indeed Italianate flourishes decorating the work. It was performed by six players of ARCO led by Rachael Beesley on violin along with violinist Anna Mcmichael, Simon Oswell and Katie Yap on viola (‘You can’t have too many viola,’ as Beesley said) with Natasha Kraemer on violoncello and Emma Sullivan on double bass.

Next up was the Sinfonia à Quattro in B-flat Major by Franz Xaver Richter, probably the least-known of the composers on the Cavatina program. Richter experimented with new forms of composition making this a point of contrast in the program.

Then came the highlight work, Beethoven’s luscious Cavatina from the String Quartet No.13 in E-flat Major, although played here in an expanded form as a sextet. This gave the work an undoubted richness but perhaps lost a little of its inner sensitivity.

Rossini’s String Sonata No. 1 in G major was a delightful dessert, with its hint of a dance and light and airy reading. And then, all too soon, the program ended with Mendelssohn’s full-bodied Sinfonia No. 10 in B minor.

As always, ARCO offered an intelligent and warm performance, demonstrating the importance of historically informed musicianship and showcasing the impact of period instruments with gut strings on these works.

Inevitably, some of the nuance was lost thanks to the mediation of digital technologies and the quality of the audience’s own receivers. The careful acoustics of the City Recital Hall and other performance venues are there to ensure the audience has the best listening experience.

And there were, inevitably perhaps, some technical fluffs, along with some clearly awkward moments for the players. Taking a bow, for example, when there is no audience to applaud, just seemed embarrassing, for them and us. And there was no set decoration, not even the usual over-sized vase of flowers, making it feel like we had stepped into a rehearsal room rather than a concert hall. But these are minor quibbles and did not detract from the superb playing and the engaging lead of co-artistic director Rachael Beesley.