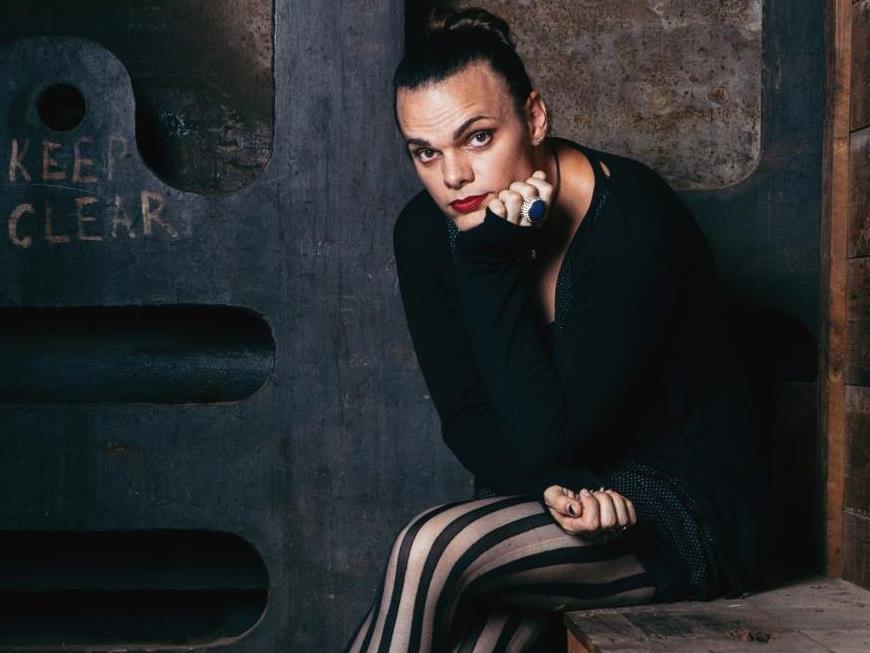 Cassie Workman’s stand-up comedy show Giantess is the tale of a young girl abducted by a carpark troll and raised in a ramshackle house made of oatmeal and toothpaste; an allegorical fairy tale about trans identity that draws upon Workman’s own lived experience. It was written, she tells us, as her coming out show, but she came out as trans before the show was ready. Whoops.

Charmingly whimsical one moment, wry and direct the next, Workman illustrates her comedy with a series of projected cartoons and occasionally enriches the mood with simple but evocative music, played on a keyboard at stage left. The overall effect is atmospheric and involving, like a picture book brought to life.

Workman skilfully undercuts moments of pathos with exaggerated facial expressions, and delights in deconstructing traditional comedic structures before our eyes. Scenic detours steer us around the show’s central narrative, taking in such topics as pet crickets, the importance of pockets, and growing up in an Italian family.

Central to the story is Workman’s own trans identity: the alter-ego she established to try and hide herself away from the world and the importance of facing her fears by embracing – and presenting as – her true self.

Like Hannah Gadsby’s ground-breaking Nanette, which Workman directly references in this performance, Giantess is not consistently funny throughout – there are moments where her material induces tears instead of laughter – but such painful truths are balanced with cutting quips, deftly delivered.

Poetic, reflective, powerful and deeply personal, Giantess is a remarkable show from a uniquely gifted comedian. I can’t wait to see what she does next.

Richard Watts visited MELT as a guest of the Brisbane Powerhouse.