Bangarra Dance Theatre’s exploration of the life of Woollarawarre Bennelong is a potent, powerful and polished work of art.
Richard Watts 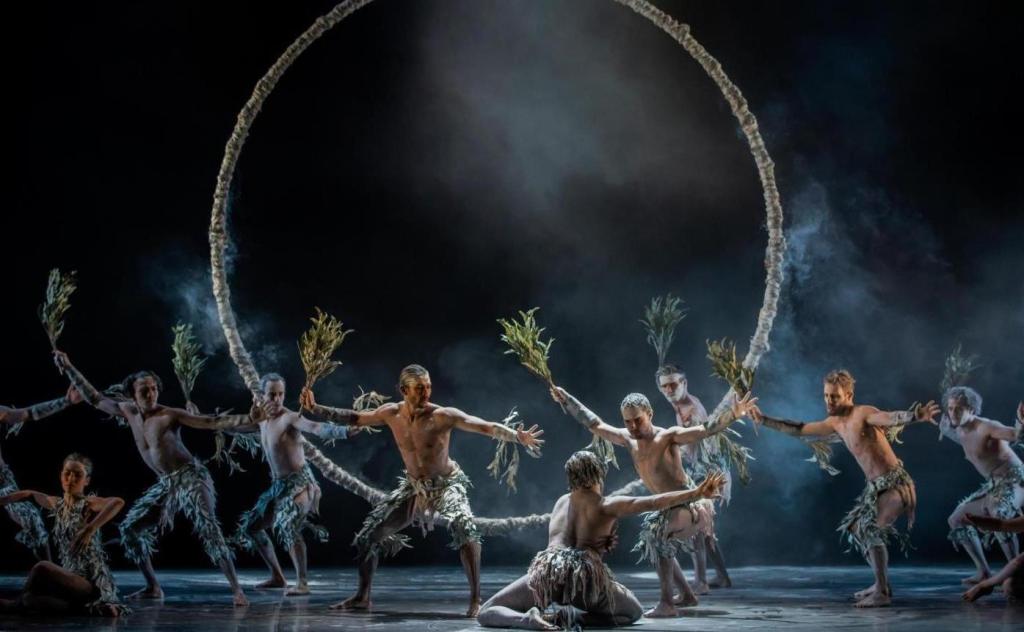 A compelling and unsettling story of first contact, Bennelong is the story of Eora man Woollarawarre Bennelong and his struggle to exist within two worlds.

Kidnapped by British colonists in 1789 and forcibly taken to Sydney Cove as part of a plan to initiate contact with Australia’s First Peoples, within a matter of months, Bennelong was communicating well with his captors. After escaping, he later returned to Sydney Town voluntarily, where he became a valuable intermediary between his people and the colonists, facilitating communication between the two groups.

In December 1792, Bennelong sailed for England with Governor Phillip, where he and another Eora man, Yemmerrawanne, were presented to the King. After Yemmerrawanne’s death Bennelong became homesick and returned to Australia, shocking many colonists when he chose to return to a traditional way of life. He died on 3 January 1813 and was buried on the banks of the Parramatta River.

Choreographed by Stephen Page and the Bangrarra dancers, with Alana Valentine’s dramaturgy facilitating the swift-flowing but lucid narrative, Bennelong breathes life into this terse history. Together with Jacob Nash’s sparse but evocative design and an atmospheric score by Steve Francis, the result is a moving, even shocking story which blends history, mystery and imagination to compelling effect.

The work begins with a sense of ritual, evoking the pre-invasion world of the Eora and their connection to County and community through choreography that emphasises stamping feet, swaying backs and physical contact as arms encircle and support one another. The arrival of the British brings with it a different style of movement – a sense of uniformity rather than community, coupled with martial salutes and a stiffer bearing.

Subsequently the movement vocabulary indicates threat and curiousity and a failure to connect, while the narrative takes a darker turn, beginning with the arrival of smallpox on Australian shores.

In the opening moments of Bennelong, Nash’s design showed us the world – earth and sky summoned in a single striking image. Here, as a European disease ravages the Eora Nation, he evokes a doorway between life and death; from it, bodies emerge through smoke, twitching and staggering, falling to the floor in an agonized rictus as the score throbs and scratches, sharp strings stabbing as the dancers shudder and sweat.

As in other sections of the work, the presence of senior Bangarra dancer Elma Kris in this sequence adds emotional weight to the scene, her maturity and lived experience embodied in every gesture and utterance. Beau Dean Riley Smith is equally impressive in the role of Bennelong; his performance is grounded yet charismatic, forceful yet fluid, showing us flashes of humour amongst the gravitas and intensity of a born leader.

Some of the most powerful scenes in the production occur when Kris – in the role of psychopomp – shows Bennelong his people’s future. Projections evoke the march of history; we see glimpses of protest and demonstrations as well as images of young men constrained within a prison’s walls; men whose anger has turned inwards. There is pain here, but also hope: the spirit of Bennelong’s people endures; their passion cannot be extinguished.

In other scenes humour and tragedy are artfully contrasted, such as a ballroom sequence set in Britain culminating in the death of Yemmerrawanne; at other moments the horror of the British colonial project is unleashed in unsparing detail, aided by Nash’s sound design and the agonized, blood-smeared physicality of a single dancer as Bennelong looks on, horrified.

No blows are pulled as Bennelong reaches its climax. Rejected by his own people, mocked by the British, abject and alcoholic, Woollarawarre Bennelong sobs and screams as the walls of a cottage the British built for him at Bennelong Point close in around him. The interior walls are mirrored, forcing Bennelong to see himself – to see what he has become: a man used and rejected by the people he once considered allies, even friends, and also rejected by his own tribe.

One hopes that the dancers are given adequate time to de-role after each performance, having relived the colonisation of their people night after night on stage.

It’s easy to see why Bennelong was honoured with seven Helpmann Awards following its premiere season in 2017; it’s a masterful, moving and exquisite work – although a handful of moments feel overly literal, spelling out the story perhaps too clearly rather than relying on more abstract and subtle imagery to convey the narrative. Such concerns are minor, however, and in no way detract from the grace and impact of the work overall, which provides an artful and memorable opening to the 2020 Perth Festival.