A most glorious concert – musically and vocally dazzling.
Lynne Lancaster 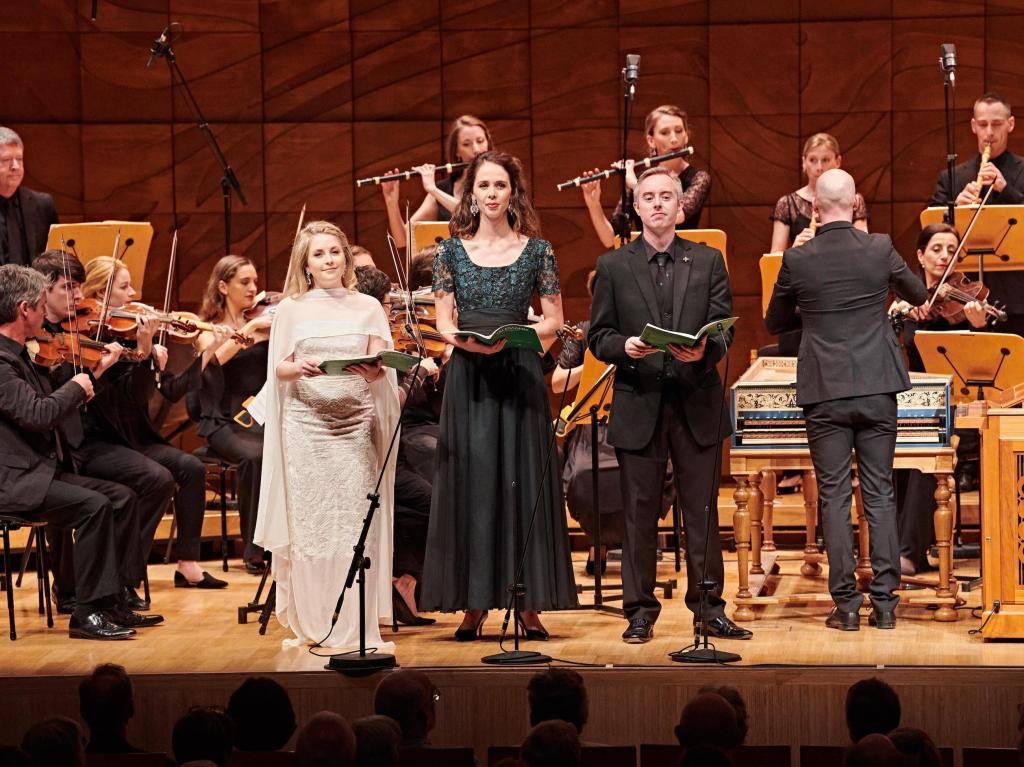 Pinchgut Opera in conjunction with the Orchestra of the Antipodes presented two works at the City Recital Hall: Telemann’s Thunder Ode, his memorial to the massive All Saints’ Day Lisbon Earthquake of 1755, and Bach’s Easter Oratorio.

Energetically led by Erin Helyard, the singing by the five soloists was exceptional. Musically the Orchestra was in glowing, inspired form as Helyard conducted and supported with harpsichord and chamber organ as required.

This was the Australian premiere of Telemann’s Thunder Ode, regarded as one of his greatest works, which calls forth the natural elements and celebrates the power of creation.

The work uses paraphrases of Biblical texts and tries to capture the fury and glory of God in the storm that devastated Lisbon.

This offering included a special solo for the timpani, at the time a historic first, and here played by Brian Nixon. The work is in two parts and bookended by a hymn. The performance began brightly and briskly, and then continued in a relatively straightforward way.

Here, Pinchgut performs the work with a quintet of five voices, one per part, which worked very well.

Soprano Alexandra Oomens, elegant in long a white dress, reminiscent of a Christmas angel was superb; soaring with her pure clear voice, ravishing and delicate yet also revealing steely strength. Anna Dowsley, in a striking blue gown, was most impressive. Her aria was full of yearning awe and sustained notes. Tenor Richard Butler was tremendous in his stormy arias and the basses David Greco and Andrew O’Connor were excellent in their stormy tempestuous duet. The conclusion of part 1 was an exceptional highlight.

The opening Sinfonia was joyous and leaping in great contrast to the slow lamenting Adagio featuring Amy Power on oboe, and the quartets/choruses were nicely balanced.

A sensational concert of very high quality, Pinchgut Opera’s Bach and Telemann had the ecstatic audience cheering at the finish.