After six months of little live music and few events in South Australia, this Adelaide Festival favourite is back new and improved!
Dr Diana Carroll 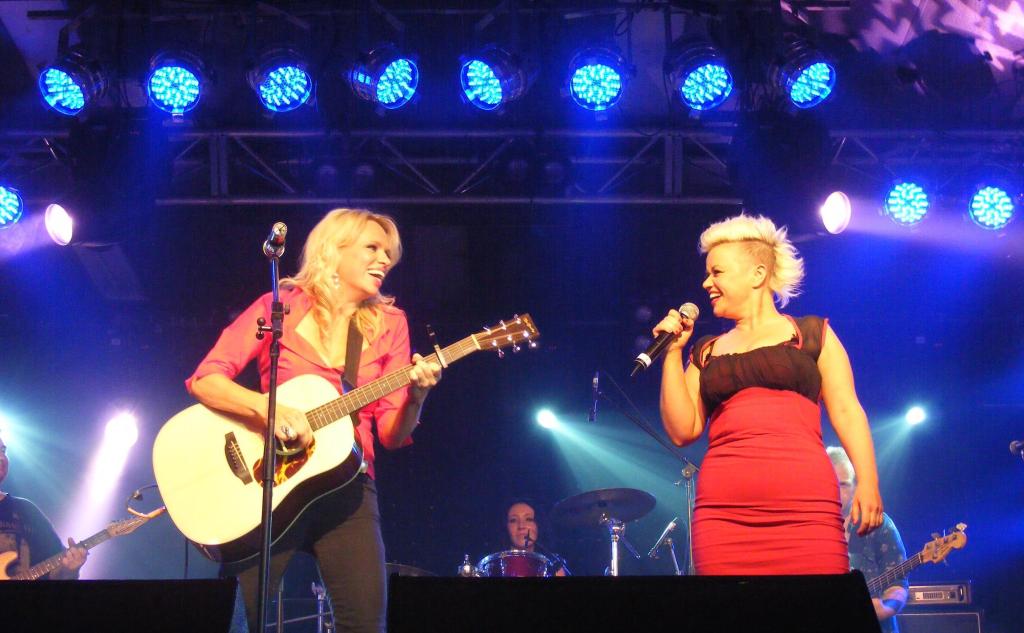 South Australian singer-songwriters Libby O’Donovan and Beccy Cole can each command an enthusiastic audience – together they’re unstoppable. And after six months of little live music and few events, the audience at Her Majesty’s was clearly ready to party. Beccy was right when she said ‘we can smell the mothballs on the good clothes’. The audience seemed to be as excited to be applauding as the duo were to be performing.

The show opened with Libby O’Donovan on stage singing the Doris Day classic Once I had a Secret Love.  And there was more to that than meets the eye as Beccy Cole made a very unexpected entrance (to say anything more would be a spoiler).

Accompanied by a local three-piece band of piano (and piano accordion), drums, and bass, Libby and Beccy stormed their way through 70-minutes of show tunes, jazz standards, and country classics, along with quite a few original numbers.

A couple in love as well as music since 2012, Beccy and Libby were married in Adelaide in March 2018, setting their wedding date as soon as the Marriage Equality Legislation was passed in December 2017. Now proudly ‘wife and wife’, their composition My Wife’s Got Balls had the audience hooting for more.

There was also a touch of nostalgia as they talked about their lives. Libby’s parents are both Anglican ministers in Broken Hill ‘and they got a giant lezzo for a daughter,’ but her sister has apparently  committed the bigger sin by being a Port Power supporter. Genuine and from-the-heart; humour was a key element of The Cowgirl and the Showgirl and really cemented the bond between the performers and the audience.

Beccy spoke with real feeling about the hate speech she had received after touring overseas entertaining the Australian troops stationed in the Middle East. The audience was clearly on her side in this debate. But thankfully that’s as far as the politics went – the rest was just good clean fun from two girls who clearly love their music and can belt out a song or two. Even Vince the stagehand got a robust round of applause for his minor appearance. ‘He hasn’t worked since March,’ said Beccy.

And all too soon, it was over. A tribute to the recently-departed Helen Reddy was a moving end to the show, followed by a fabulous mash-up of songs sung with brilliant timing for the encore.

The Cowgirl & The Showgirl Ride Again was to have featured at the Adelaide Cabaret Festival this year, but life intervened. Instead, it was the first show in the new Music at The Maj concert series. Coming up are The Backstage Sessions Live, Legato, and Jazz with Lyndon Gray and Friends.

The Cowgirl and the Showgirl Ride Again