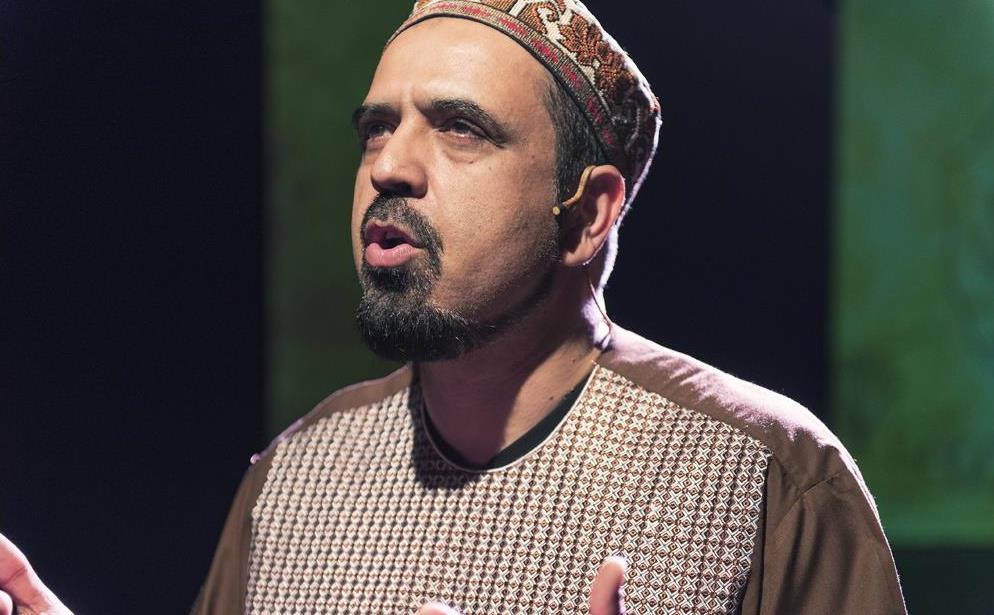 Two years in the making, this excellent piece of theatre by Performing Lines WA retells a tale familiar to most people from Middle Eastern and subcontinental backgrounds. The story of Layla, a poor girl from a Bedouin village, and Qays (Majnun), the son of a village chieftain, predates Romeo and Juliet by about 400 years, yet is little known outside Islamic and Indo-Persian countries. Here, the story of the doomed lovers is brought to life in a stellar performance by Feraidoon Mojadedi, who also wrote and narrated the script in English, Farsi and Arabic. The production incorporates several mythical and obscure elements in the story, creating a stunning piece of theatre.

The area on the first floor of the Subiaco Arts Centre is transformed into a welcoming space filled with lamps, rugs and cushions with an oriental ambience, along with fragrant cups of tea offered to patrons as they wait for doors to open.

Inside, the stage is lit with screens featuring Rumi’s poetry. There’s a single low divan covered with rich red tapestry and a book of poetry on a bookstand in front of it. The narrator appears in an embroidered silk pathani suit, taking his place on the divan before standing and pacing as he spoke, sang, translated and mesmerised audiences for a little over an hour. Feraidoon Mojadedi is a scholar and this is evident in his knowledge and comfortably paced solo performance in which every aspect of an obscure love-story (to a Western audience) was brought poignantly to life. Soft music and occasional vocals drifted into the auditorium as the narrator paused between scenes.

In Eastern mythology, the story of Layla and her lover who was renamed Majnun (meaning The Mad One) has become synonymous with great and chaste passion, sacrifice, devotion, duty and tragedy. The lovers never consummated their union, bowing instead to the pressures of family and filial duty. Layla especially, as was common in the times in which she lived, was ‘married off’ to someone else, while Majnun spent his years wandering the desert as a vagrant, mad with love. In this retelling, Layla dies first and is buried in an unmarked grave to dissuade Majnun from desecrating her in death. The heart of the lover, however, leads him to the site of her grave where he sits until his own death.

‘The story of Layla and Majnun is a story about forms and meanings, and seeing beyond that which is outwardly manifest to find eternal happiness,’ Mojadedi says.

As a story that transcends and transforms cultural, literary and religious barriers, this is ground-breaking and revelatory performance making.