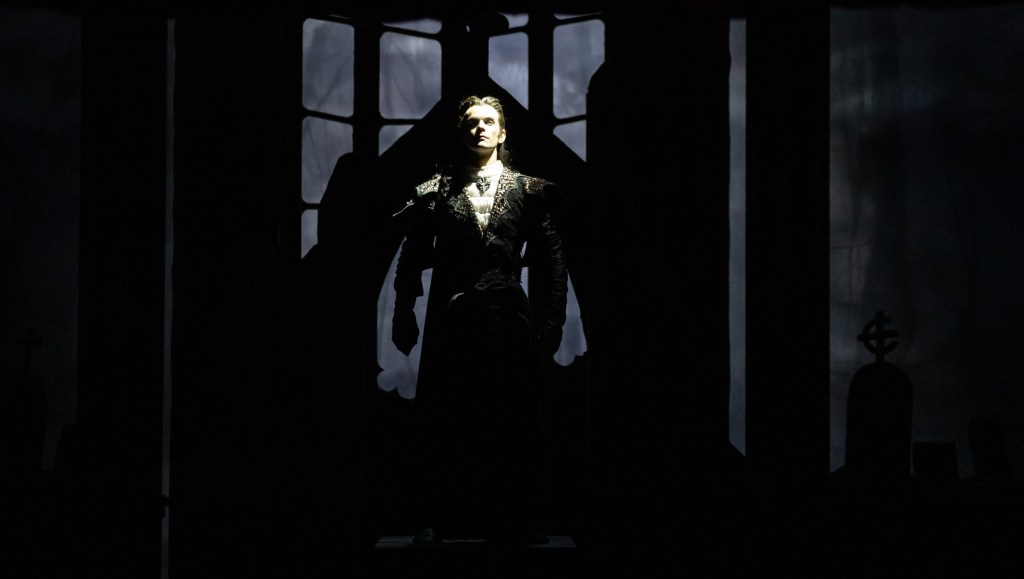 Co-produced with the West Australian Ballet (which originated the production in 2018) the Queensland Ballet presents an astonishing reinterpretation of the timeless story of Dracula, the famous romantic gothic drama by 19th century writer Bram Stoker.

Performances from all were captivating: the solos, duos, and ensemble were executed with majesty and lightness. As Dracula has a multitude of main characters, no one dancer dominated the scene and the audience had a chance to experience the talent of many artists.

The most fascinating aspects of this ballet were the stage design, lighting and costumes that helped to bring to life the story. In particular, I was very impressed by the light projected on Dracula’s profile after the battle at the beginning of the show. It produced the perfect cameo.

The costumes too were luxurious, with velvet capes and black stain laces adorning the dancers. The designers have managed to capture the iconic fashion of the British Victorian age as well as the gothic style.

Dracula‘s stage design is imposing and vast, featuring impressive pieces of architecture such as the ballroom and tower. The set designers found inspiration from romantic painters like Caspar David Friedrich, so much so that the decorations at the edges of the stage make you feel like you are looking into a framed painting with moving images. Wojciech Kilar’s score will be familiar to viewers of Francis Ford Coppola 1992 film, Bram Stoker’s Dracula, from which much of it originates.

While Bram Stoker never envisioned Dracula as a ballet, this story of passion, seduction and suffering perfectly lends itself to this particular form of artistic expression. The push and pull, the reaches and embraces of dance convey the depth of emotions that can’t find expression in words.