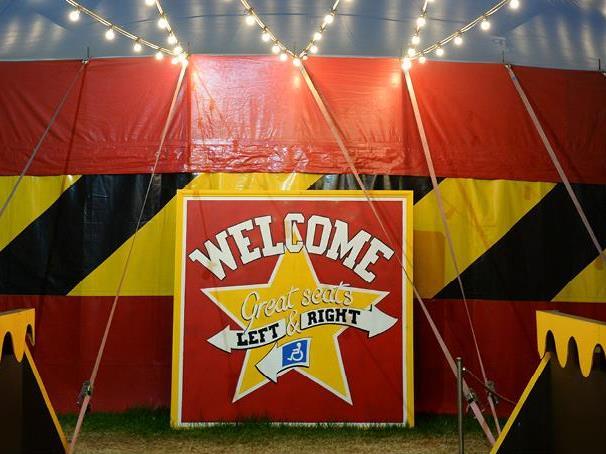 A new, vibrant and highly successful festival hub for contemporary circus has been created with the launching of Circus City at Riverside Theatres, Parramatta. Next to Riverside Theatres, the Spaghetti Circus Big Top is set up in Prince Alfred Square, with a flying trapeze rig alongside it presenting ongoing workshops from the Sydney Trapeze School. Inside the Riverside Theatres building, the central atrium space and the smaller theatre spaces are also being used to present an incredible range of community workshops run by some of the visiting artists, companies and directors, along with the Sydney based circus company, Aerialize. A forum on contemporary circus run by the Australian Circus and Physical Theatre Association (ACAPTA) in conjunction with the Sydney Festival is also taking place within Riverside Theatres and at nearby Studio 404. The forum brings together independent artists, company directors, circus scholars, festival producers and circus administrators from across Australia to discuss topics ranging from the possible futures of contemporary circus, issues around circus and access, to circus elders. All this activity is running alongside the screening of a program of circus films. The whole area is humming with a sense of excitement and potential.

In terms of giving audiences a true taste of some of the most diverse contemporary circus performance both within Australia and internationally, the breadth of the programming is a huge success. With shows ranging from Humans from Circa, the Australian circus company from Brisbane, with its show full of breathtaking, poetic acrobatics; to Kaleidoscope from Company 2, also from Brisbane, exploring the world of autism through circus; to iD  from Cirque Éloize from Montreal, Canada, with its high octane, street-arts-infused circus; to Tipping Point from Ockham’s Razor, from the United Kingdom, with its meditative, profound, zen-like circus; the diversity and the range of work is astonishing.

Meanwhile, in parallel to Parramatta Circus City, at the Magic Mirrors Spiegel Tent in Hyde Park in the central business district of Sydney, The Second Coming, the all-male company Briefs from Brisbane has been performing their high camp, outrageous, gloriously anarchic circus burlesque.

With this diversity of work, with circus that ranges from the socially-engaged, to the entertaining, investigative, raunchy, exhilarating and meditative, the Sydney Festival program captures the essence of circus – that is its almost perverse determination to resist being defined or categorized. This program celebrates the ability of circus to confound all expectations and to continuously reinvent itself. It reveals an art form capable of anything and everything.