Martinkus asserts that the Indonesian government extracts wealth from West Papua with scant regard for the local people.
Erich Mayer 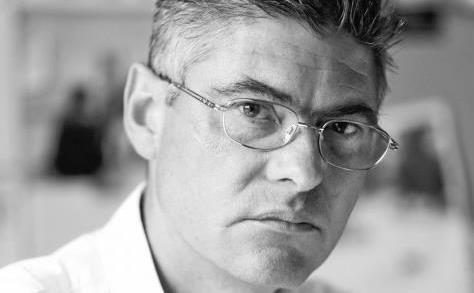 The construction of the Trans-Papua Highway, a road from Sabang finishing at Merauke, was touted by the Indonesian leadership as important infrastructure that would benefit all its peoples. This road, not yet completed, inspired the title of this book by investigative reporter John Martinkus. He reminds us that Merauke is ‘barely a day’s ride in a tinnie with an outboard to Australia across the Torres Strait.’

Although West Papua is close to Australia, the plight of its Indigenous people has been of little interest to the Australia public; Martinkus asserts that the atrocities committed by Indonesians in West Papua have been largely overshadowed by reports of events in other parts of the world.

As a journalist who has visited the region frequently, and one who has been an eyewitness to many barbarous acts, he believes the local tribes deserve better and that publishing the facts will help them. The atrocities documented in detail in The Road make disturbing reading. Where stories of them have been published in the Australian media they have been explicitly denied by Jakarta.

Martinkus leaves us in no doubt that Indonesian government policy is to extract maximum wealth from West Papua with scant regard for the local people. The construction of the Trans-Papua Highway is there to facilitate mining. The locals are repressed to ensure Indonesian sovereignty over West Papua. Foreign journalists are barely tolerated or banned altogether.

To fully understand the situation, it is necessary to be familiar with the broader history of Indonesia in general and of West Papua in particular. Martinkus supplies some of this history but one could wish for more in order to better understand a complex situation.

It is a pity that, except for the front cover, this book looks drab because of the colour of the paper it is printed on. There are quite a few well-chosen black and white photographs which would better serve the subject matter were they in colour.

Understandably, there are budget restraints in producing a book such as this but perhaps a more lavish production at $10 more than the recommended retail price of $24.99 might make a greater impact.

John Martinkus concludes: ‘After seeing the violence and knowing the people the Indonesian security forces have killed, tortured and jailed in East Timor, Aceh and Papua, I cannot, as a human being and a journalist, walk away from this story and let the lies, obfuscations and outright atrocities against the people of these three Indonesian conflicts go unreported.’

With The Road, Martinkus has achieved that aim. Hopefully this book will prove to be influential and more than simply a worthy memorial to those who have perished fighting oppression. It should help those concerned about human rights to understand what is happening in the country that is Australia’s nearest neighbour but whether The Road will have the reach and power to influence Australian decision-makers is another question.