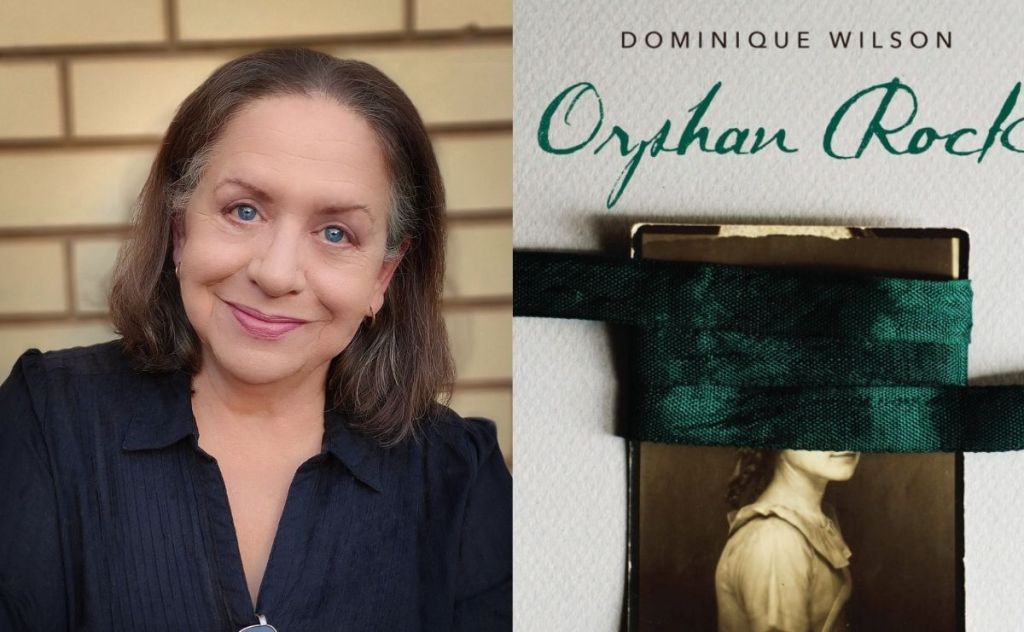 ‘ You get a very good feeling of what it was like to be female and poor at a time when the concept of a social safety net was unheard of.’ Photo supplied.

Orphan Rock is a wide-ranging novel that spans the period from when Australia still had bushrangers like Ben Hall to the early part of the Second World War. While narrated in the third person, the earlier period is seen from the point of view of Bessie, who spends her early days in an orphanage. The story unfolds to focus on Bessie’s daughter Kathleen. While most of the action takes place in Australia, glimpses of what is happening in France are provided through Bessie’s European acquaintances and Kathleen’s visit to Paris.

Bessie was a young woman at a time when marriage was one of the few realistic options available to her. Her marriage experiences give the reader a good feel of the many problems poorer women faced in those days. Her husband had dreams of a better life:

‘ “Look,” he said, taking the painting from the wall. “It’s called Orphan Rock. It’s near The Crushers in the Blue Mountains. Far from anywhere, but that’s where I want to buy some land. You’ll love it there…” ‘

Like many dreams, though, they are never realised and the reader follows Bessie through a life of many disasters and a sprinkling of good fortune. You get a very good feeling of what it was like to be female and poor at a time when the concept of a social safety net was unheard of. Whatever the challenges of those days, they were greater for women than for men.

Dominique Wilson weaves the major events of the times, like the smallpox outbreak of 1913, into the life stories of her characters. At times, to explain those events, Wilson resorts to a more omniscient commentary:

‘Julian’s earlier prediction that things would get much worse proved to be correct – in every colony, as the economy crashed and more workers had their hours cut, then cut again, or simply lost their job, a domino effect was created where the demand for food, clothing and all other goods and services also dropped. Over the next three years, as panic-stricken investors scrambled. . .’

At other times, the plot is tweaked with a few too many coincidences so that the main characters can experience a range of events. The effect of this is to highlight the depth of research that has gone into this work, but makes that research unnecessarily obtrusive, so that at times the reader may feel they are being given a history lesson. This is a pity, and could perhaps have been avoided, as Hilary Mantel did to brilliant effect in Wolf Hall.

That said, there is much to commend this novel. It gives an insight into the effect of the white Australia policy, in particular as it affected Australian Chinese people. There is passing reference to the Stolen Generation and a stark reminder of the tragedy of war. And, of course, there is the suffragette movement that began to influence the thinking and activities of many women who were not directly involved.

Overall, this is not a cheerful novel partly because it realistically portrays many of the difficulties people experienced. It covers a period when Australia was developing into nationhood not without numerous problems. Lovers of historical novels may enjoy this one and sympathise with many of Bessie and Kathleen’s experiences.