Book Review: I Give my Marriage a Year by Holly Wainwright 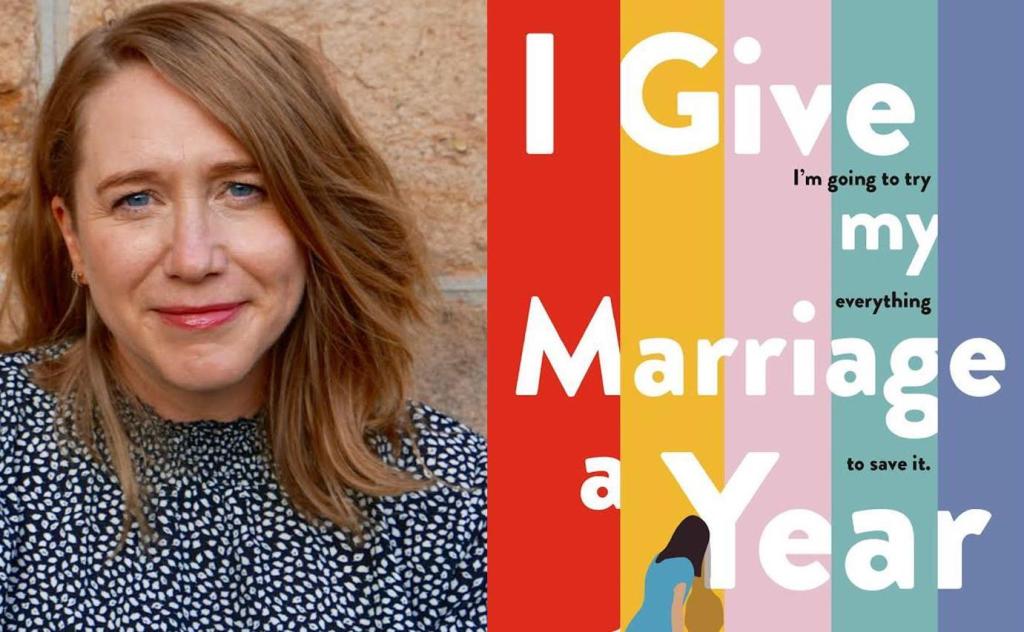 Holly Wainwright’s I Give my Marriage a Year. Author and book cover image via Pan Macmillan Australia.

This book is a tale of a marriage in crisis – and its title does not lie. Within the first few pages, a protagonist of I Give My Marriage A Year types these six eponymous words into her phone, setting the book’s premise in stone and its story in motion.

Lou and Josh have been together for 14 years and live in the Sydney suburbs with their two daughters, Stella and Rita. Lou is a teacher and Josh is a carpenter. In many ways, they are quintessential embodiments of white middle-class Australia. Indeed, it is clear Wainwright is writing not to explore the extraordinary, but rather to shine a light on how ordinary people fall in and out of love, with one another and their own lives.

The story follows Lou and Josh as they navigate a year of self-imposed tests, conflict, counselling, and uncomfortable revelations. In this sense, the book is reminiscent of dramas such as the 2019 film Marriage Story, which purports to explore a marriage without particular bias towards either half of the couple. To Wainwright’s credit, I Give My Marriage A Year does an excellent job of humanising both Lou and Josh; furthermore, the ending is not entirely predictable. Putting one’s marriage on trial is also a compelling hook: the reader immediately wonders whether the marriage will prevail, as well as what happened for the protagonists to reach this point in the first place. Consequently, this book is suspenseful and fast-paced despite its length.

Granted, I Give My Marriage A Year does not tread much new ground. The characters are designed to be normal and recognisable, and the problems within the marriage – infidelity, resentment, insecurity, frustrated ambition – have been explored many times before. Moreover, there is nothing especially eloquent about Wainwright’s novel: the writing is solid but not spectacular, and the same can be said for the plot and characters (although the queer side-characters were a nice surprise). Nevertheless, considering the book is committed to exploring the cracks in an ordinary relationship lived by white middle-class Australians grappling with domestic strife and the housing market, it does effectively achieve what it sets out to do. The book offers a view into a microcosm of family life in the modern Australian suburbs, capturing a place and people who are likely familiar to many Australians today.

One of the more finely drawn elements of the book is the exploration of how ambition changes as people age.

Josh has dreams of becoming a musician, and Wainwright explores the encroachment of his large, messy, and wonderful life onto these dreams with intelligence and empathy. Illustrating the relationship between ageing and ambition is perhaps one of the most poignant, unsettling, and bittersweet components of the novel.

Ultimately, this book does not break much new ground, but it achieves what it sets out to do. Moreover, through investigating the personalities and relationships of her characters with a fine-tooth comb, Wainwright prompts the reader to consider their own life and relationships; how these might be fraying at the seams; and whether they might do better.