A coming-of-age tale about queer identity and dancing to your own beat.
Julia Faragher 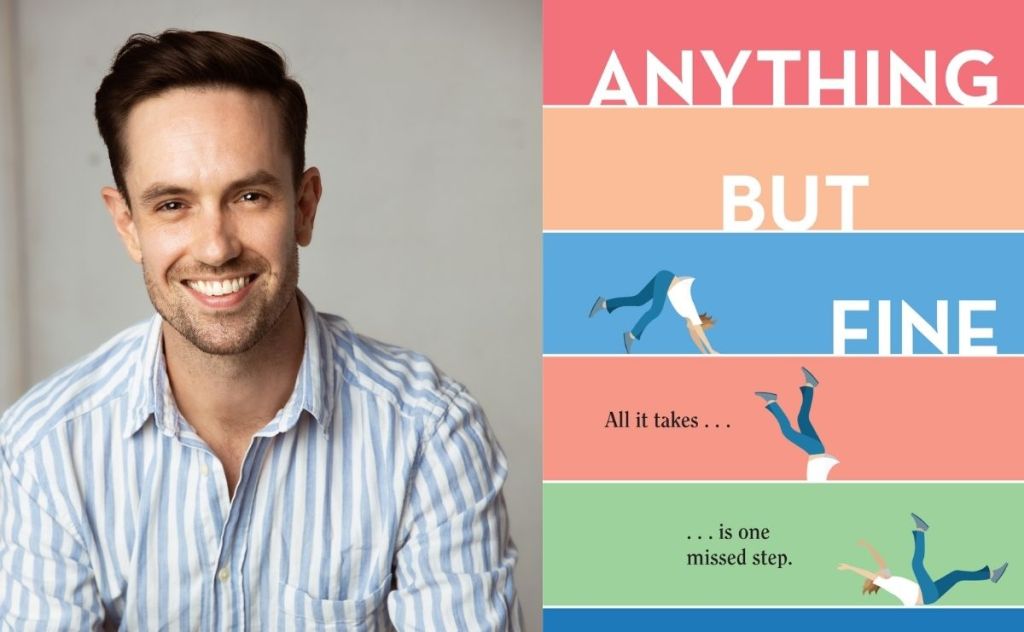 Tobias Madden’s novel ‘truly has such a strong emotional resonance that never loses its charm throughout the course of the whole story.’ Photo: Kate Williams.

Anything But Fine is the story of a teenage ballet dancer who is only one missed step away from having to discover who he is all over again. Luca is a confident teenager and talented dancer until a fall down the stairs results in a broken foot and a finished career in ballet. On track for the Australian Ballet School, Luca suddenly has to reconceive his life without dancing. Add in a new school, new friends and a new crush and it’s no wonder that his life starts to become a total mess. Anything But Fine is a brilliant debut from Tobias Madden and it will fit right in with the #LoveOzYA classics.

Anything But Fine is a traditional coming-of-age story and it begins with Luca at rock bottom trying to figure out who he really is. We follow along as he makes plenty of mistakes and a few new discoveries as he tries to deal with the loss of his one and only dream. He is accompanied on his journey of self-discovery by a wonderful cast of supporting characters: his sometimes clueless but loving father, his intelligent and enthusiastic friend Amina and, most importantly, his new gorgeous crush Jordan Tanaka-Jones. Luca is a marvellous protagonist but Madden allows characters like Amina and Jordan to have their shining moments as well.

Madden has painted Luca’s world with familiar brush strokes so it feels just like a quintessential high school story. Readers will laugh, cry and cringe as Luca goes up and down on the daily rollercoaster of being a queer teenage boy in the rural town of Ballarat. This book truly has such a strong emotional resonance that never loses its charm throughout the course of the whole story.

The fact that Luca has already accepted his sexuality and come out publicly before the novel begins is a breath of fresh air given the dominance of coming out narratives in queer fiction. While coming out narratives are still important, Anything But Fine is an excellent and needed example of the challenges that arise for queer teenagers after coming out – while Luca has accepted himself, he still has to deal with homophobic bullies and his intense crush on the supposedly-straight Jordan.

Anything But Fine is a moving and emotional story that might break your heart a little but not too much that you lose sight of the possibility of a happy ending for lost Luca.