Read this the book if you really want to understand Donald Trump.
Erich Mayer 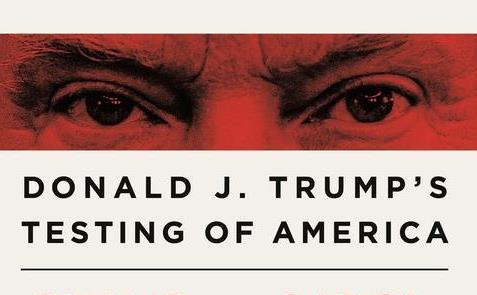 A Very Stable Genius is important to all of us because so much of what the American president does has an impact on the whole world. The book covers the period from Trump becoming President-elect of the USA in November 2016 to Trump’s infamous call to the Ukrainian President three years later. It is a horror story and unfortunately a true one.

A Very Stable Genius is ‘based on hundreds of hours of interviews with more than two hundred sources, including Trump administration officials, friends, and outside advisers to the president, as well as other witnesses to the events described’. The authors, Philip Rucker  and Carol Leonnig, are journalists who have provided the closest version to the truth that they could determine. Their reputations speak for themselves.

Clearly, Trump wants people in his administration who are loyal to him personally above all else. Some of these people have genuine faith in Trump and believe in him as one does in a religion. There are those who are loyal to Trump because they enjoy, to varying degrees, the power, money, influence and lifestyle that working directly or indirectly for the president of brings. And then there are those whose motivations include wanting to help Trump govern for the benefit of the USA in particular and the world in general. They want to curb Trump’s inappropriate behaviour and persuade him to act in a way that they consider presidential. In the three years covered by the book, the number of people in this last category greatly diminishes.

A Very Stable Genius does not reveal new events but rather goes into much greater detail about them, at times lifting the curtain to reveal what went on behind the scenes. What emerges from this reporting is a president who has the inclination to destroy rather than enhance. The authors show us a man who takes more notice of partisan television hosts such as Fox’s Tucker Carlson than of his professional advisors. And, as was so clearly pointed out by Bob Woodward in his book Fear, Trump is a man with absolutely no regard for the truth, a man willing to lie deliberately if he believes that lie will benefit him. This will hardly come as a surprise to the reader but apparently it would come as a great surprise to some forty million Americans voters, few of whom are likely to read this book.

While the FBI enquiry into Russian interference in the 2016 presidential election was in progress, Trump cosied up to Russsian president, Vladimir Putin. After a private discussion with the Russian dictator at dinner, Trump said, ‘I’ve had a two-hour meeting with Putin . . . That’s all I need to know . . . I’ve sized it all up. I’ve got it.’ To secretary of state Rex Tillerson, Trump added, ‘I know more about this than you do’. Tillerson had got to know Putin well over a period of many years and had warned Trump about him. In the same vein, Trump asserted with regard to North Korea ‘that he would be able to determine whether a denuclearisation deal was attainable ‘within the first minute’ of meeting Kim. How? ‘my touch, my feel – that’s what I do,’ he boasted to reporters.’

Rucker and Leonnig quote what Trump says about himself:

‘Actually, throughout my life, my two greatest assets have been mental stability and being, like, really smart . . . I went from VERY successful businessman, to top T.V. Star to President of the United States (on my first try). I think that would qualify as not smart, but genius . . . and a very stable genius at that!’

This self-assessment comes from a person whose businesses enjoyed a number of bankruptcies. It comes from a man who falsely claimed he was the primary author of the best-selling book The Art of the Deal, a book written by Tony Schwartz, who has referred to Trump as ‘the monster I helped to create’. This is the self-assessment of a man whose image as a successful billionaire was skilfully manufactured for a reality TV show. It comes from a man whose questionable activities have been sketched in this review. Readers of A Very Stable Genius have the opportunity to form their own opinion of Trump based on the facts revealed in this book. It is unlikely they will agree with his self-assessment.