A coven of witches conspire to upset the socio-political status quo in sleepy Adelaide.
Annabel Harz 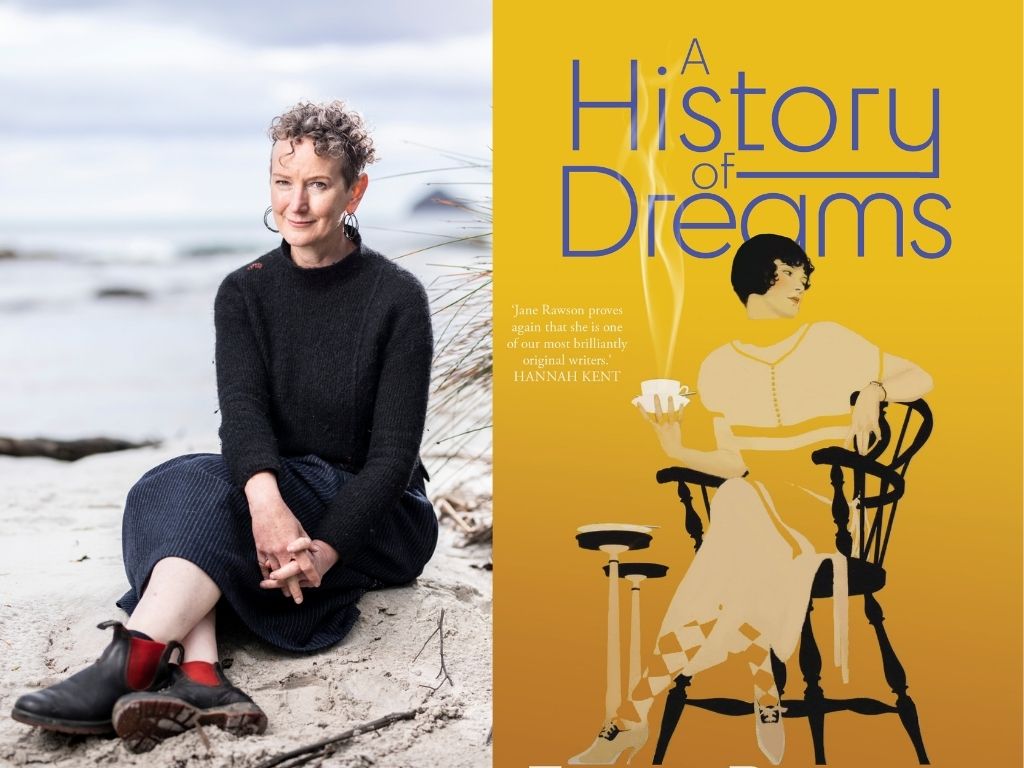 ‘The multifaceted literary and philosophical factors of A History of Dreams will delight readers from the first sentence to the last.’ Photo supplied.

A History of Dreams integrates two main stories within a complex plot: a friendship story of women’s bonding and the sisterhood intertwines with a story of societal change due to political oppression.

The title is layered. The dreams refer not only to the protagonists’ aspirations for education and professional lives – torn asunder by the political machinations of an increasingly authoritarian government; but also to the night-dreams experienced by those who have drunk their bewitched potions. The reference to history incorporates the lineage of witchcraft; as well as the fictional importation of factual European history through the rise of the Nazi party in ‘sleepy Adelaide’, where ‘nothing happens’.

The novel commences like a 1930s girls’ own adventure story, introducing Margaret Beasley who questions, ‘What are we fighting for? Not against, but for?’; Esther Beasley, whose ‘behaviour was frequently inexplicable’; the ‘glamorous … but … also very strange’ Audrey Macquarie; and ‘revolution embodied’ Phyl(lis) O’Donnell. Around their ‘leaving year’ of school, all the excitement of their future lives as independent adults lies ahead of them. Audrey introduces her pals to the ‘risky business’ of magic. Initially their spells are humble, their reach small: little things for entertainment and comfort.

Like in Taika Waititi’s Jojo Rabbit, the protagonists’ situation becomes progressively ominous. Intriguing storytelling weaves disparate elements into wider discussions about gender equality, human rights and what constitutes a fulfilled life – questions applicable to every generation. Readers will no doubt analyse their own opportunities for, and expectations of, education and work through a 21st century lens. Witchcraft becomes the Adelaide sisterhood’s vehicle towards surviving and thriving: what is your vehicle that enables you to be proactive?

John Marsden’s Tomorrow, When The War Began introduces foreign invasion into rural Australia, posing what ifs around an improbable situation. In a similar vein, Jane Rawson’s novel puts the credible into an incredible situation, theorising ‘What would happen if Australia’s government was autocratic, with women’s rights legally restricted to marrying and producing children? What would you have experienced in that situation? What legacy would have been left for future generations, and how different would our society look now?’

Treatment of the political situation is deft: it is easy to imagine that this alternative history could have happened. Anyone with even a thin grasp of early 20th-century history can hear the warning bells the author is ringing, which the characters hear – and heed – at different volumes.

As the political situation becomes increasingly grim, the tone becomes more sombre, matching the mood of the women, whose response to their escalating repression is to deepen their underground resistance. Their task of redirecting the thoughts of the men in power while empowering the subjugated becomes ‘so immense no one person could see its edges’: a battle between the Australian dream of personal advancement in the Lucky Country, and Australians’ dreams as manufactured by the coven.

Rawson’s well-defined characters each have their own motivations for their actions and levels of commitment to the resistance: none of them fit within the dutiful role of wife and mother, as legislated by the authoritarian government. All are forced to reckon with themselves and the ramifications of their decisions.

Inspired font design for headings (both square and round) alludes to life being off-kilter. The prose gambols across the page, frolicking through the narrative and dancing in delight with the joy of diverse sentence structures. Even the darkest sections convey characteristic underlying wit which alleviates the gloom: some spells are hilarious.

The multifaceted literary and philosophical factors of A History of Dreams will delight readers from the first sentence to the last. This book is a gem.

A History of Dreams by Jane Rawson