Meow Meow’s silly season show is an odd Christmas panto, steered by a fallen but charismatic diva.
Thuy On 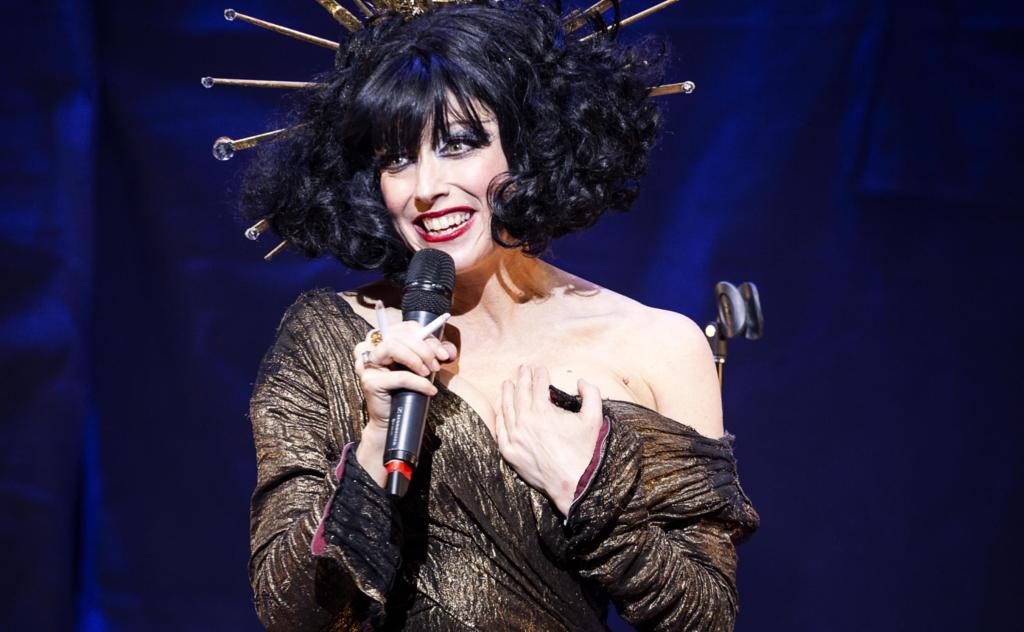 We are well and truly within the silly season as the countdown to the end of the year begins. What better programming then, to have cabaret singer Meow Meow with us to shatter a few Christmas baubles? If you’re the type of person who loves all the tinselly palaver of presents-tree-turkey cheer, this show is probably not for you: as its title suggests, there’s a world-weary edge to Apocalypse Meow.

The performer stumbles onto the stage rocking a gold lamé cocktail dress, a plumped-up basketball belly, like some heavily pregnant, dissolute Virgin Mary complete with fag, fishnet stockings and a frou-frou poodle wig. Audience members are randomly solicited to help her blow up some inflatable sheep to be assembled near a heater to produce a wholesome picture of livestock in a manger. The blow-up donkey seems to be planted so she can say ‘Can you grab my ass?’.

The whole show is predicated on a binary basis, in a way: there’s Meow Meow, a slightly louche diva stumbling about on stage, but when she sings – whether in English, Spanish, or French – she is pure angel.

Later, however, two of the sweet orphan choristers are dragged onto stage and their innocence, pitted against the cynicism of this pill-popping chanteuse, provides an interesting counterbalance. There is an overgrown child in Meow Meow herself. Her joy at still being able to do the splits and later, in being a ballerina as she dons a tutu, is rather poignant. And when she meets her doppelganger (Michaela Burger) mischief ensues.

Apocalypse Meow is an odd Christmas panto, steered by a fallen but charismatic diva. Its messiness is held together by Meow Meow’s voice. I would have preferred more song and less faffing about, however, regardless of how artfully constructed it was.