The Melbourne Symphony Orchestra shows us music’s true uniting nature, in a joyful and uplifting tribute.
Andrea Gillum
[This is archived content and may not display in the originally intended format.] 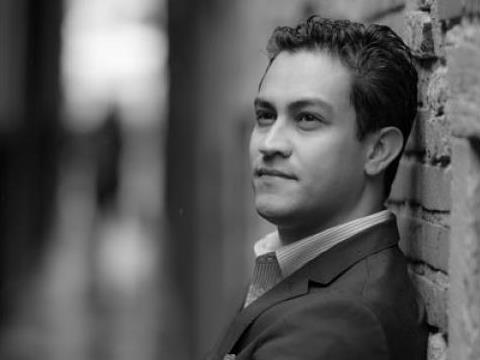 From The Last Post ringing through a silent throng of people to a hundred-strong choir ringing out joy to an emotional audience, Melbourne Symphony Orchestra’s ANZAC Tribute was poignant and fitting. Their focus on unity was refreshing. The MSO Chorus was the highlight, with Schiller’s Ode to Joy in the final movement of Beethoven’s Symphony No 9 a triumphant finish and showing us that music is, after all, the universal language.

The opening notes of The Last Post rang out, as sombre and eerie as I’ve ever heard them, in the lush acoustic surrounds. The almost full Hamer Hall was respectfully silent. No one shuffled, no one coughed. Even the small child in the seat in front of me stopped wriggling.

If you’d turned on the television in the past few months you couldn’t fail to know ANZAC Day was approaching. And if you had somehow missed it, walking past the sea of crocheted red poppies that flowed down the steps of Federation Square on your way to the concert would have reminded you.

The MSO’s ANZAC Tribute differed from the celebratory commercial air that ANZAC Day has had of late. It also wasn’t sad and gloomy, though it could have been. Instead, two of Beethoven’s powerful masterpieces had been chosen with careful thought as the embodiment of the concepts of unity and reconciliation, joy and freedom.

The first piece was Incidental Music to Goethe’s Egmont, with the sublime mezzo-soprano Fiona Campbell as Clara. I had been to the Ears Wide Open session where Richard Gill exalted Beethoven’s skills in this piece. However, I found it a little hard to hear again without his enigmatic prompting. But William McInnes as the narrator, interjecting the story of Egmont’s tragic fight for justice eloquently into pauses in the music, worked brilliantly. Especially when McInnes moved up the back and spoke with impeccable timing over the orchestra itself.

The second piece, Symphony No 9, is famously difficult to perform. Beethoven’s personal circumstances make this composition so much more meaningful. Profoundly deaf when he wrote it, the program tells us, he couldn’t hear the applause when it was first performed in 1824. He did not even know that it had ended and had to be turned around to face the audience.

It is an extraordinary piece of music and the MSO performed wonderfully, from the explosive opening to the softer melodic sections of the first three movements. But it was the fourth movement that made the night for me: the introduction of the human voice.

The MSO Chorus was present, and in keeping with the concept of the evening the four soloists represented key nations involved with the Gallipoli conflict: Britain, Australia, New Zealand and Turkey.

As the 100-odd choir stood during the opening bars it was reminiscent of the joint movement of an army marching. And when the choir sang, it was in such contrast to the instruments and such a truly powerful burst of sound that my eyes pricked with tears.

It was a magnificent farewell concert for the outgoing Chorus Master, Jonathan Grieves-Smith, and, as a reminder of a terrible time in our past, an invigorating event. We persist, we humans. Whatever torment happens we can also come together. Music is the form that shows us this most of all. It reaches across borders of race, sex and class. It is a language all of its own, that enters not only through our ears but also up through the soles of our feet and into our hearts. Beethoven made his way into mine on Friday night.