There are many bright sparks on offer here but the script feels unresolved.
Ainsley Kerr 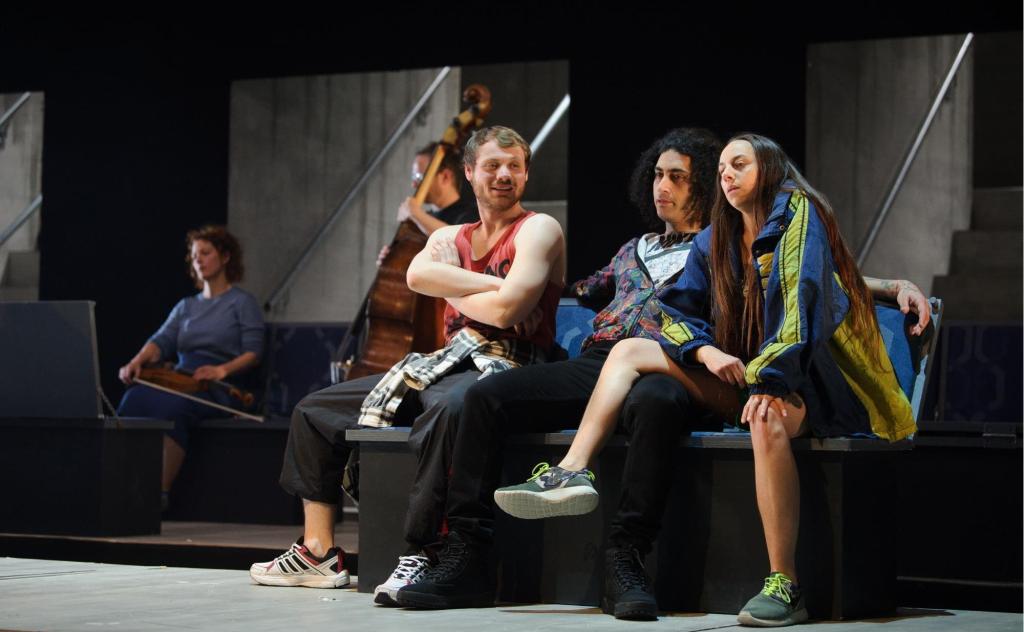 Twenty one years ago, Who’s Afraid of the Working Class premiered at Trades Hall, presented by the now defunct Melbourne Workers Theatre. It has since become something of a national standard, like ‘Waltzing Matilda’ or ‘I Still Call Australia Home’. For Melbourne theatre lefties – so, all of us – it’s iconic. The four playwrights behind this work – Andrew Bovell, Patricia Cornelius, Melissa Reeves and Christos Tsiolkas – return with Anthem, a new collaboration for this year’s Melbourne International Arts Festival, and once again attempting to give voice to the issues facing contemporary Australia. It is a significant cultural moment, and a difficult act to follow, and it suffers in a lot of ways from the dreaded second album syndrome.

While Who’s Afraid of the Working Class took as its primary focus the injustices of economic rationalism, Anthem’s focus is much more diffuse. Perhaps the enemies of the working class are not so easily identified in 2019, where identity fetishism and bourgeois liberalism have undercut notions of class solidarity. Rather than critiquing and offering new insights into problems of contemporary Australians, Anthem simply muddies the waters further.

The play itself is comprised of four interwoven stories set largely on Melbourne’s overcrowded public transport system. If there is one message that unites all commuters irrespective of age, gender or class, it is surely the often repeated ‘they really should put more trains on’. There are important contemporary issues being raised here: wage theft is a frequent recurrent theme, as is inequality. In one of the most effective of the stories, an ex-7/11 night worker (Sahil Saluja) and his ex-lover, a Chemist Warehouse shelf stacker (Eryn Jean Norvill), embark on a crime spree to wreak vengeance on the system that has given them such ‘crappy jobs’ only to find that it’s not that easy to work out who should be first against the wall.

There are many other bright sparks on offer here: the ensemble cast give incredible performances, bringing great clarity and diversity to each character, making the transitions between the several concurrent storylines easy to follow. The direction is impeccable. Susie Dee is at the absolute height of her powers. The staging is flawless and the set and lighting look great. Ruci Kaisila’s singing is captivating and her rendition of ‘Waltzing Matilda’ is so beautifully moving, you could almost miss the obvious irony. But none of this is enough to elevate the script, which feels repetitive and unresolved. The score, composed by Irine Vela, who is also a returning creative from Who’s Afraid of the Working Class, is effective for the first act but begins to grate as the show drag into its third hour.

These are important and prescient issues but it’s difficult not to see this as a missed opportunity.