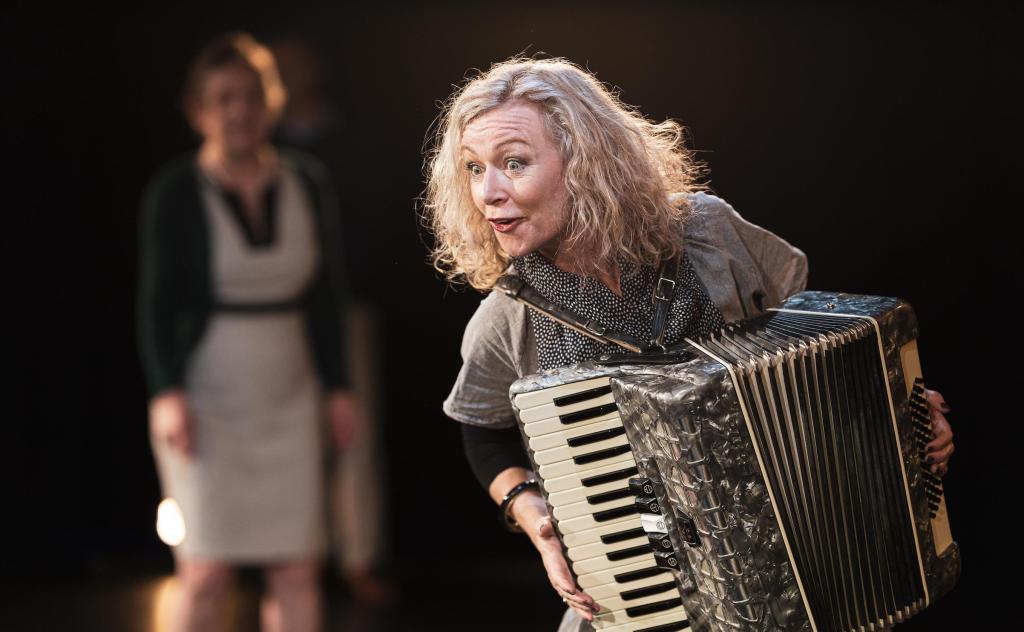 An old saying goes ‘fish and visitors go off after three days’. The spectre of an unwanted guest has haunted many a household, and in A Delicate Balance it becomes the stuff of high drama. Written by Edward Albee, the play won a Pulitzer Prize in 1967, yet hasn’t been performed in Sydney since 1998. The current production, by Sydney Classic Theatre Company at Chippen Street Theatre, is well worth seeing.

A Delicate Balance begins with an upper-middle-class American couple, Agnes and Tobias, talking over drinks in their living room. Agnes, who relentlessly controls her family’s behaviour and image, muses on the prospect of her own insanity. It’s almost as if she sees madness as a way of escaping from her self-imposed role, or from her marriage to Tobias. Tobias, meanwhile, is quietly non-descript and steadily pours drinks from a well-stocked trolley. When his middle-aged wife dispassionately notes that ‘there are no mountains in my life, nor chasms’, he calmly replies ‘you should take drugs, my dear’.

As the couple talk, it quickly becomes apparent that they have an unwanted guest: Claire, Agnes’s alcoholic sister. The sisters have established a destructive binary relationship, where Claire rebels against Agnes’s strictures, flouting social conventions and taking perverse delight in everything her older sister hates. Tobias and Claire may have had an affair, a suspicion that simmers beneath Agnes’s venom towards her sister. Domestic tension rackets up when Tobias’s oldest friend, Harry, and Harry’s wife Edna, arrive unannounced and expect to be able to stay indefinitely. Shortly afterwards, Julia – Agnes and Tobias’s adult daughter – arrives home after leaving her fourth husband. ‘Back from the wars’, observes Claire, draining another glass.

Julia’s arrival is the catalyst that exposes various long-running family tensions. Spoiled and neglected, she explodes with rage upon finding that Harry and Edna are staying in her old bedroom. At a time when she crucially needs parental support, she demands to know why her parents’ friends take precedence over her own needs. Agnes’s controlling nature and emotional repression seem to have robbed Julia of autonomy. A perma-child, Julia cycles through intimate relationships, unable to take responsibility for her actions, always returning home when things go bad. ‘Once every three years’, observes Claire, revelling in her role as fool, truth-teller, and rebel.

A Delicate Balance is a deep dive into the intricacies and power struggles of families and friendships. It dissects Tobias and Agnes’s marriage, asking at what point habit replaces intimacy and mutual affection. And it asks poignant questions about the motivations driving and sustaining friendships. At the end of the play, Tobias – a man who rarely expresses emotion – turns to his old friend, and clasps him by the shoulders. ‘Don’t we love each other?’, he asks, recalling WH Auden’s famous line: ‘We must love one another or die.’ Some of the most moving aspects of the play highlight the blank spots in long-term relationships: the things left unsaid for years, or painful episodes not shared with a partner or a friend.

There is much to admire in this production, which is largely put together by a talented up-and-coming production team working with veteran actors. The play is intelligently directed by Victor Kalka (and assistant director Amelie James-Power), with a clear sense of the psychological complexity of each character. It’s well cast, with the actors inhabiting their characters to the degree that it would be impossible to imagine anyone else playing them. The actors playing Harry and Claire (James Bean and Suzann James) are particularly strong in their roles, although Claire does have the advantage of some wonderfully acerbic lines: she says to Agnes ‘I apologise if my nature brings out the full force of your brutality’. Agnes and Tobias (Alice Livingstone and Martin Bell) are believable as a long-married couple held together by time, social status and habit, while Julia (Zoe Crawford) is poignant in her role as a young woman forever searching for affection and warmth.

The relative ‘talkiness’ of the script – this is a play full of tightly wrought, highly crafted conversations – is counterbalanced by the physicality of the performances. With the exception of a couple of scenes, this is a play that could have been produced for radio. Kalka moves his actors around the stage with the instincts of a dancer. This includes having two of the younger characters – Claire and Julia – periodically sit or lie on the floor. The stripped-back set sometimes works well, accentuating the physical interplay between the actors, but sometimes the lack of furniture looks as if the repo men have visited.

Like all good writing, A Delicate Balance feels modern. Although over 50 years old, the play speaks of issues that still resonate strongly today: the trade-off between social status and genuine intimacy in marriage, the ongoing hurt of dysfunctional family-of-origin dynamics, the terrible price of power and control. It’s also extremely funny and sharply observant, with a somewhat mordant wit.