Dramatic examination of a failing relationship, through the lens of a video game
Nerida Dickinson
[This is archived content and may not display in the originally intended format.] 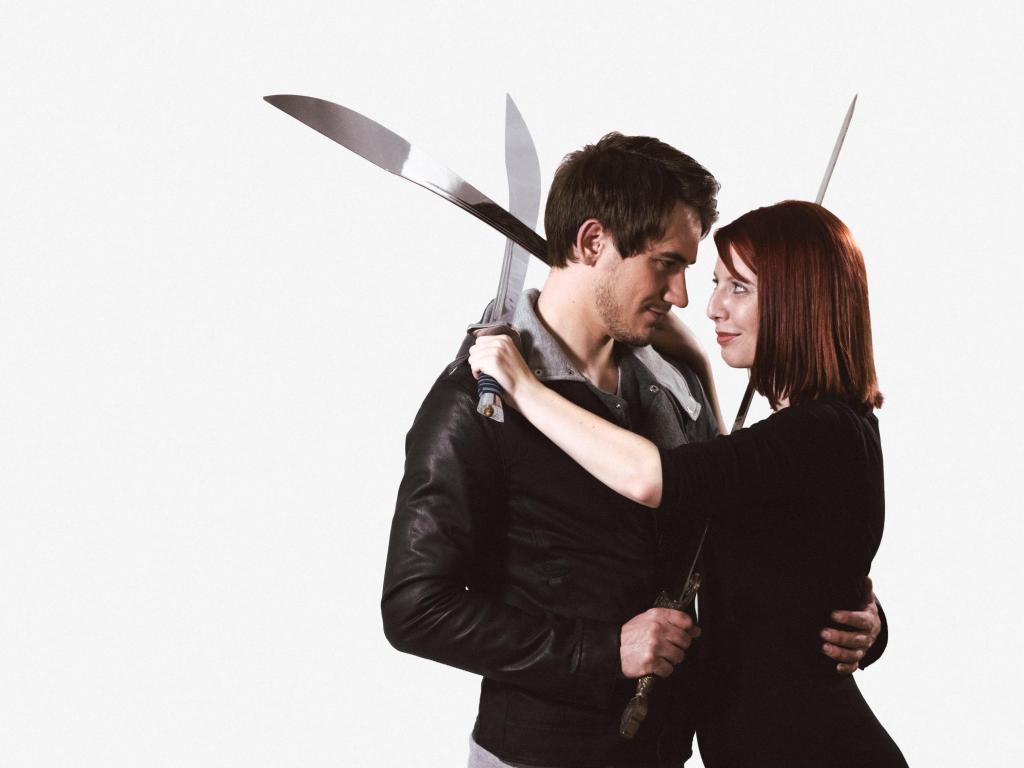 AJ and Edie’s marriage is breaking down, and each is suffering separately. AJ copes by losing himself in his work, video gaming and adoration of their young daughter, Lily. Edie’s resentment at being the only adult in the family has reached crisis proportions. AJ suggests a weekend away in a hotel to rekindle their spark. He unpacks a Playstation and a cooperative game, 10,000, to try to create happy memories together. A fraught tutorial experiment is followed by a sudden transposition as a freak storm has the couple literally entering the game. The first level is marked by bickering and Edie slays AJ, forcing a restart. However, when it loads up AJ is replaced by his game character, and the following game features AJ paired with Edie’s game character. Each death and restart moves the difficulty level inexorably higher, with various pairings of players and characters, until the two players escape from the game and return to the hotel room, shaken, but together.

Nick Maclaine’s AJ is cleverly depicted with an unwitting self-absorption and nostalgia for previous fun times together. Flashes of awareness and perception reveal glimpses of potential marital connection, but AJ is clearly not willing to provide constant emotional support and affirmation. Beyond AJ’s frustration and compassion, Maclaine brings smouldering bravado to his turns as Ahjay, stalwart Lord Commander of Ten Thousand Immortals. Jessica Messenger allows Edie’s desperate exasperation to show through, small everyday miseries of an unhappy marriage crushing her horizons. As Edanna, Empress of the Persian Empire, Messenger is haughtily dignified and self-contained. Both actors demonstrate outstanding physical awareness, adjusting their basic stances for each scene. Casual movements in the everyday world swap to classic default video game poses and moves, complete with stylised foot movements and pulsing shoulder motions, and then with regal and martial poses as their in-game characters. Swordplay is intelligently magnificent, displaying characters’ varying proficiencies with weapons.

The Men From Another Place design a soundscape that works intimately with the action and establishes the rapidly changing contexts. Similarly Joe Lui’s lighting design impresses throughout, lighting up the combative couple’s faces with a game screen and then repeated fades out and in again as they continue to level up within the game universe. Hilarious costumes from Tessa Darcey demonstrate what happens when gamer fantasy meets the real world, and work with the script to make the performance vividly enjoyable on several levels.

The final moments leave the audience nonplussed, tribute to a stinging departure from fairytale happy endings and Hollywood conventions. There may be potential to make this more theatrically emphatic or neat, but as it stands it is a tribute to the difference between packaged fantasies and the messiness of real life.

10,000 will have a further, post-Festival run, and it would be great to see it interpreted by other creatives again in future productions. For now, Summer Nights again proves that quality dramatic theatre has its place at FringeWorld.

Part of Summer Nights at FringeWorld 2015