Why is there so little space for women in jazz music?

Across the Australian jazz industry, women are disturbingly under-represented. Why, and what can be done to amend this imbalance?
Cat Hope 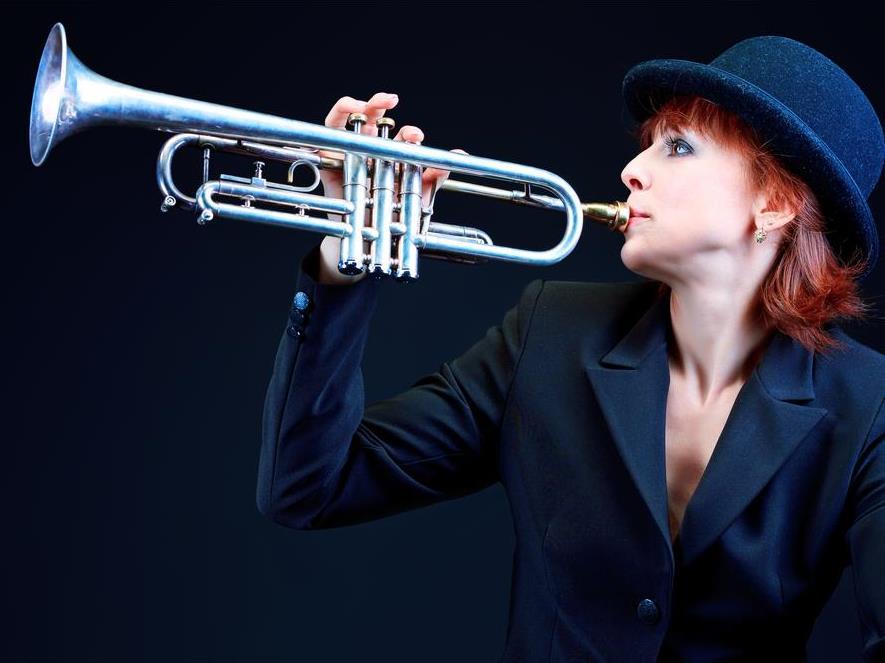 Female singers from Nina Simone to Kate Ceberano are some of the most recognisable and celebrated jazz performers. Yet across the Australian jazz industry, women are disturbingly under-represented.

There are relatively few female jazz composers and instrumentalists. Indeed, many female instrumentalists feel that they need to be better than their male counterparts to get gigs. Some musicians even believe certain instruments are more suited to men than women. Drums, trombone and trumpet are seen as “masculine” and the flute, clarinet and violin as “feminine”.

Research also shows that jazz largely conforms to masculine stereotypes when it comes to women performing live. Female singers have spoken of fending off comments about their dress and body shape. Australian trombonist, singer and composer Shannon Barnett recently recounted how she was late to an on-stage rehearsal for a TV show because it took the makeup department three times longer to do her hair and makeup than for the men in the band.

Studies in the USA have demonstrated that men take more solos than women in jazz performances – yet the musical quality of the solos changed very little regardless of gender. When playing, women are less likely to be found in jazz leadership roles. Ariel Alexander, a saxophonist and jazz educator in America, notes:

Many common jazz practices, such as cutting contests and trading fours, are based around not only competition, but actually dominating the bandstand in such a way as to make others back off.

Improvisation in a group setting includes leading, following, making space and fitting in as the music evolves. But women in leadership roles – both on and off the stage – are judged more harshly than their male peers.

American musician Ellen McSweeney notes that some women instrumentalists can be subject to a “likeability tax” when they are assertive or successful – for instance, when leading a group. Many women who lead strongly are called “bossy”. Those who succeed are often criticised for being “overly ambitious”.

The lack of women composers represented in Australian music programming has been much discussed. One problem is a lack of female role models for aspiring jazz students – in the working world and the “canon”. Most musicians working in Australia across any genre are men.

A survey commissioned by the Australia Council in 2009 estimated women represent just 32% of musicians. And while 50% of Australian music students are female, only around 20% of artists registered to receive APRA royalties are women. This tells us that while many girls study music, not many go on to professional careers.

While there is no research specific to jazz students in Australia to date, it is unlikely these statistics would improve for them. Female representation on tertiary music faculties is likely to be another contributing factor to this lack of role models. A quick summary of tertiary institution web pages shows, on average, less than 10% of jazz music academics are women. In some Australian universities, none of the continuing jazz staff are women.

What can be done?

How to improve this visibility of women in jazz gigs and education faculties? A recent panel discussion at the Melbourne International Jazz Festival – in which I participated – grappled with this question.

Recognising the scale of the problem may be the first step. A survey undertaken by a recently formed national jazz student body, All In, found that not only do upcoming female jazz instrumentalists and composers have few role models, many influential people in the industry “don’t see a problem”. Acknowledging the issue would be an important step for the music community as a whole.

One suggestion has been introducing quotas for the numbers of women featured in festival programming (for all genres of music). But every artist wants to be selected on their merit . Unsurprisingly, many dislike the idea of being selected to fill a quota, “to keep the numbers balanced”, seeing it as tokenistic.

There has also been talk of blind auditions. Research has shown that women orchestral musicians are 50% more likely to be selected in such an environment. And interestingly, at last year’s Tropfest film festival, when a gender-blind selection process was introduced, the number of films shown that were made by women increased from 5% to 50%.

Another approach has been all-women ensembles, such as the Sydney Improvised Music Association’s Young Women’s Jazz Orchestra, which is designed to aid the development of young instrumentalists.

But many jazz groups are unlikely to “audition” for new players as an orchestra might. They rely more on informal networks – and the networking habits of male jazz musicians do not always suit women. Deals and arrangements are often made at the post-gig bar “hang”, not always seen to be the best place for women to do this work. Indeed, sexual harassment in the Australian live music industry has recently been acknowledged as a serious problem.

Research has shown that, overall, men are generally more likely to mentor men than women. And yet many women can list senior male figures who have been important supporters and mentors of their jazz career. Barnett, for example, lists over 30 male supporters at the end of a recent article she wrote about gender equity in jazz. And, conversely, we can’t assume that women support each other by default, or even know about each other’s work.

But we can all support women by going to their concerts, buying their albums, and acknowledging the issues they face. Tertiary institutions could update the canon they teach to ensure more women are represented. Educators in primary and secondary school could be mindful of the perceptions that may exist around jazz as “men’s music”.

Women can be featured playing instruments in promotional materials for jazz events. All musicians can encourage women to participate, rather than wait for them to ask. And, when programming events, a little extra time looking for women musicians may result in exciting finds.

Some new research into this issue, such as that done on the gender mix in the Australian screen industry, could help shape future funding policy. Challenging unconscious bias is the first step for everyone involved in jazz. Australian music culture will be the richer for it.

Cat Hope is an active composer, musician, songwriter and noise artist whose practice is i an interdisciplinary one crossing into film, video, performance and installation. Her work has taken her on numerous tours around Australia, the USA, Japan and Europe, and her recordings are released internationally. She is the director and founder of the Decibel new music ensemble and curator of the 'Drawn From Sound' exhibition. Cat is a classically trained flautist, vocalist and experimental bassist as well as a sound artist. Her work has been shown in ISEA (Japan 2002, Finland 2004, Sydney 2013), the New Directions New Media Festival in Singapore (2004) as well as festivals and galleries Australia wide. Cat is an active researcher with current interests in graphic music notation, new music archiving, low frequency sound, improvisation, Australian music and women in music.