The cash splash of the COVID-19 recovery budget should be used to place arts and creativity at the centre of education and community building, argues Wesley Enoch ahead of Budget 2021.
Wesley Enoch 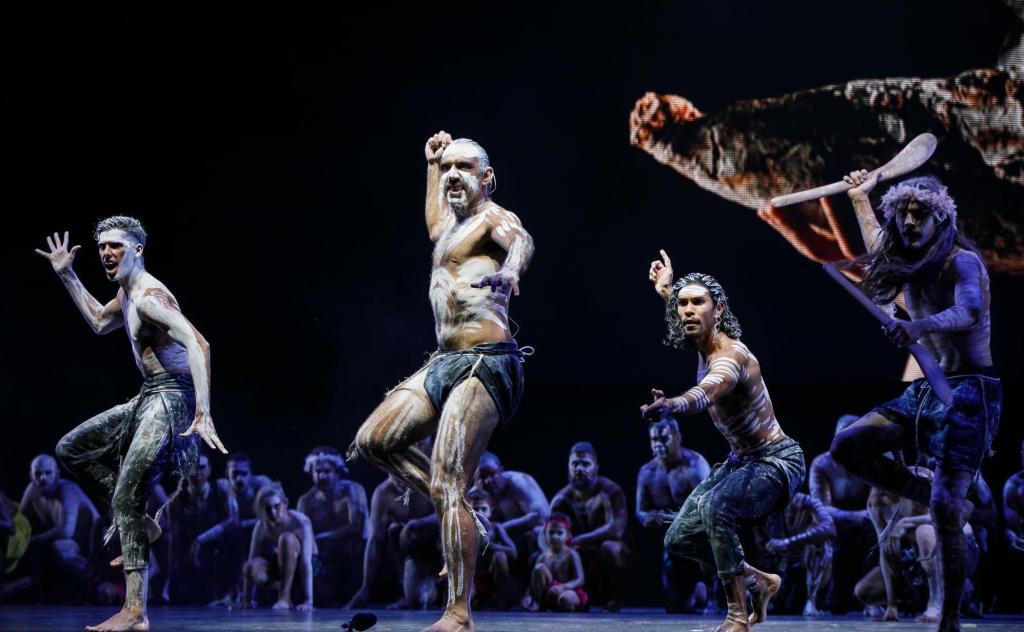 Big thinking has been unfashionable for too long. Over the past decade, successive leaders have overseen cuts to universities, the arts and public broadcasting. There has also been a rejection of First Nations attempts to wrestle back dignity and create lasting change for the whole country.

When former arts minister George Brandis cut the Australia Council budget by $100 million in 2015 no one could predict the whopping 65 arts companies and 70% of grants to individual artists that would be lost.

In one fell swoop, the funded arts sector –
and the creative imagination of the nation –
shrunk.

Read: Will the arts be talked up or down in the budget?

This money was redirected away from peer assessment into funds for distribution at the discretion of the minister. After a long and consistent outcry, much was returned to the Australia Council’s peer assessment process –
but grants and funding to artists from the Australia Council decreased by 19% in real terms between 2013-14 and 2019-20, and increased by $1 million in last year’s budget.

Just as the arts were recovering, COVID hit. The industry was dealt another blow with pandemic restrictions and shutdowns and lack of access to JobKeeper for our mostly freelance workforce.

Career paths have been snuffed out. Although government funding belatedly arrived for some, the lack of predictability has hindered long term planning, audience development and risk taking.

Larger arts companies and their boards have become scared of upsetting policy makers, shrinking into compliance out of an instinct just to survive.

I have spent decades in the arts working as a playwright and theatre director. I have been artistic director at Kooemba Jdarra Indigenous Performing Arts, Ilbijerri, the Queensland Theatre Company and the Sydney Festival.

I think the arts are smaller, less effective and more timid because of the 2015 cuts. Australia’s arts funding suddenly felt more fragile, in the face of one individual wielding extraordinary power.

Australia as a culture is the biggest loser from all this.

The arts aren’t the only sector of ideas struggling. The ongoing funding cuts and freezes for public broadcasting have severely hindered the ABC, especially during the dual tragedies of bushfires and COVID-19.

Our country needs the ABC. Information free from hyperbole and ideological selectivity has been a godsend.

Read: Finding the vocabulary for the future: Wesley Enoch on cultural leadership in crisis

Universities have a crucial role in honing the public role of big thinking and innovation. But they have come through the past year battered and bruised. Universities need to be supported as a place for investing in industries, ideas and cultural changes we are yet to imagine.

The successful 2020 renegotiation of the Closing The Gap strategies to give more emphasis on community controlled delivery was a milestone in self-determination and a return to logic. But we still have no recognised Voice to Parliament. And 30 years on from the Royal Commission into Aboriginal Deaths in Custody we continue to see systemic issues unresolved or neglected.

The issues facing the arts, public broadcasting, universities and First Nations Australians are not just a matter for funding. But in considering how they could be funded, we can have a greater discussion about who we are as a country.

It is time to reinvest in the social capital of ideas.

There are jobs in new big ideas. There are economic benefits to leadership and risk taking. There is moral authority in doing the right thing.

I hope we use the cash splash of the COVID-19 recovery budget to place arts and creativity at the centre of education and community building, creating robust centres of debate, imagination, innovation and expression.

If we increased funding to the Australia Council, and to artists, storytelling could give greater voice to neglected corners of our national identity, and more citizens would see themselves reflected in the national narrative.

We should fully fund the Closing the Gap initiatives and plan for a new Constitutional Convention. We should fund domestic students in education –
properly subsidising course fees and improving financial support –
to build new full-time jobs, rather than piecemeal gig work and underemployment.

If we increased funding to the Australia Council, and to artists, storytelling could give greater voice to neglected corners of our national identity, and more citizens would see themselves reflected in the national narrative.

We should restore funding to the ABC, to ensure it can better fulfil its charter, fund greater local content and expand its digital offerings.

Deloitte Access Economics forecasts a deficit of about $87 billion for 2021-22. Culture and ideas should be as much a part of any deficit and recovery as health and infrastructure.

What kind of country could we become if we encouraged –
and supported –
reasonable and considered thought?

Too often we think the thing that makes us uncomfortable is ‘wrong’.

I fear discomfort is no longer a spur to our curiosity to discover and explore new ideas. Instead, discomfort becomes a justification for the rejection of the new, the different and the other.

The arts, universities, public broadcasting and the relationship with First Nations peoples are at the frontier of the new and the important big ideas we need to embrace –
and fund –
to build an Australia we can be proud of.

Too often, these issues –
alongside questions of equality and sustainability –
seem to be on the chopping block.

I want our funding priorities to change. Australians need to play our role, too, by being informed, thoughtful and prepared to listen to evidence. We need a smarter, better informed public debate about important issues –
and leaders who talk to us and answer our questions.

We will all see the benefit in a more vibrant cultural conversation.

Wesley Enoch is a theatre director and writer who for over 25 years has specialised in Aboriginal Theatre and cultural stories. He hails from Stradbroke Island (Minjeribah) and is a proud Noonuccal Nuugi man. Wesley is the current Director of the Sydney Festival and was the Artistic Director of companies including Queensland Theatre Company 2010-15, Ilbijerri 2003-06 and Kooemba Jdarra 1994-97. Wesley has worked with many large theatre companies, arts centres and festivals in Australia and won multiple awards including, the Patrick White Playwrighting Award, Helpmann Awards for best production and best new Australia work and Matilda Awards. He was a Director of the 2006 Commonwealth Games Opening Ceremony and is a former Trustee of the Sydney Opera House.