Which publishing models can thrive in these uneasy times? The answer might surprise.
Angela Meyer 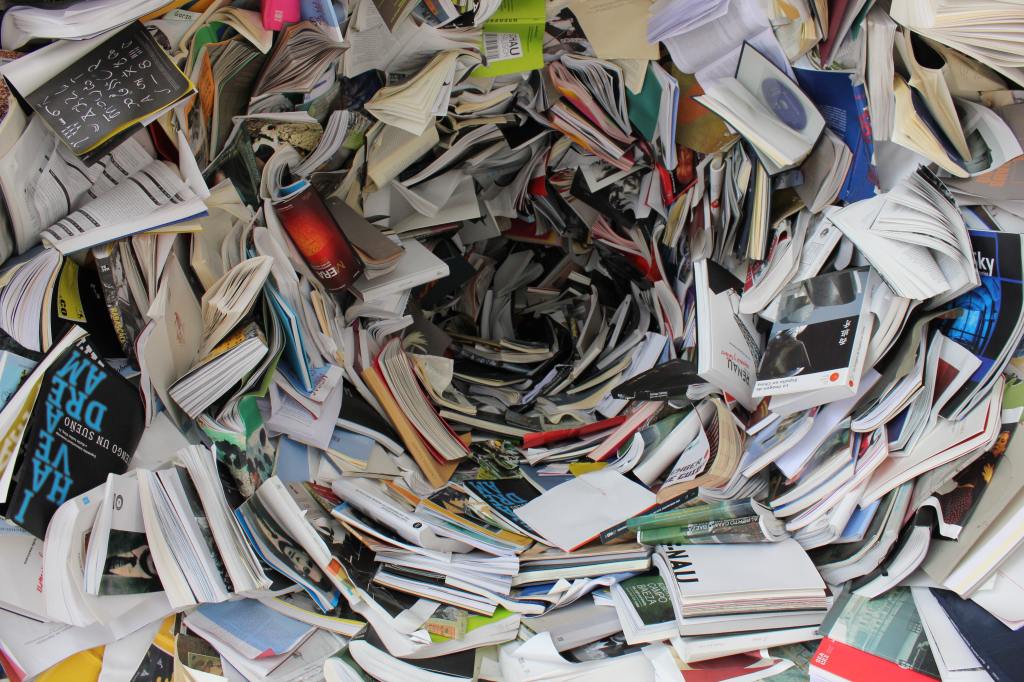 Angela Meyer explores some ‘new, emerging and existing publishing models that in some way break the mould of what a publisher generally looks like.’ Picture by pexels-pixaby.

Compared to arts industries such as live music and theatre, the book industry has fared well (so far) during the pandemic. But that doesn’t mean that the distribution of profits is as it was before, nor that the industry looks the same. And in Australia – where the buzz for an Australian book (particularly a literary title) is often generated through indie bookshops, festivals, events and awards – we’re definitely seeing an impact.

In the US, by the end of third quarter of 2020, online retail had increased 36.7% from the third quarter of 2019. More than half of book retail is online in the US (with Amazon accounting for at least half of that). And, despite positive news around net sales for US publishers in 2020, bookstore sales declined 28.8% in October 2020 vs the previous year.

The traditional model of publishing, distributing and selling books is not going away any time soon. Many of the changes in the industry over the past couple of years have in fact been happening for longer – it just took the pandemic, and subsequent lockdowns, to push matters further.

Publishers, writers, and booksellers have been adapting to the Amazon monopoly, and readers have been buying online (and generally finding books through online avenues, from online library catalogues to Goodreads to YouTube to Instagram) for many years.

Australia’s own online bookseller, Booktopia, recorded a 35% increase in revenue, and a whopping 125% increase in profit in the 2021 financial year.

What I’ve been thinking about are models for publishing that can thrive in this period – existing alongside traditional publishers (and self-publishers). These are new, emerging and existing publishing models that in some way break the mould of what a publisher generally looks like.

There are many ways of breaking the traditional publishing mould. There are various points on the above list that can be altered. For example:

There are also publishers that set up for one particular project or series, and then crowdfund in order to generate both the pre-publication funds and an in-built audience.

While I am not covering self-publishing in this post, it should be noted that authors can build themselves as publishers, using the same ideas and tools.

Does a non-traditional publishing model have longevity?

What makes me excited about this kind of publishing is how it can change up the rotating ‘hot new thing’ model, where you have hyped new releases that become tomorrow’s pile of returns. Could other models be a way to publish authors rather than books? Such as establishing evergreens – proud backlists of titles that sit alongside each carefully chosen, cared-for, curated front-listed work – that you continue to promote when each new opportunity arises.

Other work-arounds might be books a publisher commits to and re-features when relevant, or books that don’t have to be timely. There are many examples of Australian small presses and outfits that already break the mould, and are flourishing. Here are a few to get you reading:

I love Subbed In’s ethos. In brief, the organisation and press focuses on publishing new books, finding new audiences, and running a reading series that fundraises for causes in the community. Subbed In, ‘seeks to provide a platform to amplify underrepresented voices, facilitating grassroots support for marginalised voices and writers whose work is too often alienated by the literary establishment.’

The organisation ‘offers a substitute to the copy-and-paste homogeneity of major publishers’ output’. I most recently bought a copy of Patrick Lenton’s Sexy Tales of Palaeontology from them via Brunswick Bound Books, who launched the book over Zoom. So they have those relationships with select stockists, as mentioned above. The book is beautifully produced and I’m looking forward to reading it.

Upswell Publishing has recently been launched by Terri-Ann White, the respected former publisher of UWAP, who has also been a bookseller, literary even organiser, and who writes herself. The press’s ethos ties into the point about breaking from the three-month publicity cycle.

‘We publish writers who need to be read; who turn the world upside-down with their insight. Knowing the surge of joy that comes out of a book, we create beautiful objects that will still be in the cultural imagination 100 years on,’ they state. Besides distributing in the traditional way through booksellers, Upswell offers a subscription, which I think is a genius idea for a small press.

Somekind Press is a crowdfunded and community-focused small press that was founded in 2020 during the pandemic by Vaughan Mossop and Simon Davis as a way to keep Australian hospitality venues alive and creatives busy.

Proceeds at Somekind are split between all creative contributors, which is a fascinating model. Somekind strongly believes in the importance of community, ‘in its ability to enrich and transform our lives, to lift us up and make us into something so much more than we would be if we stood alone’.

They’re also leaving off fancy finishes on their books so that the books are 100% recyclable. My favourite book from them so far is Echoes by Shu-Ling Chua.

Spineless Wonders specialises in short story publishing, and has carved its own niche with lots of very hard work from its founder, Bronwyn Mehan. The press publishes print and digital anthologies, collections, and expands out creatively to live readings with actors, and audio and video content. Each year the press hosts literary awards with cash prizes and publication.

They are interested in all kinds of stories: contemporary realist, black comedy, steam punk, historical, literary, romance, psychological, mystery, crime, futurist, speculative and genres yet to be labelled. Many moons ago, I proudly edited an anthology of Twilight Zone-inspired Australian short stories for Spineless Wonders called The Great Unknown.

Genre presses are often early adopters of new methods of production, distribution and the marketing of books. They’re also tapped into strong communities of passionate readers, and also genre events and organisations (such as Sisters in Crime, GenreCon, Supernova, and more). They may have traditional release schedules but this is often balanced out by long-term cross-promotion of backlist titles, authors they partner with over many years, and continual connection with niche communities (i.e. those that enjoy one particular subgenre).

IFWG Publishing is another small publishing house specialising in speculative fiction. Another interesting aspect of genre small presses, too, is how international they often are. Meercat Press is one that’s not based in Australia but publishes Australian authors and has Australian distribution (through New South books). Genre communities thrive online, not just in physical spaces, and that means they’ve been quite resilient during the pandemic.

Zines are a decades-old anti-traditional form of publishing, a community and culture. They can be made by individuals, groups, collectives, and zine publishers. They are sometimes bought, sometimes swapped, sometimes given away. I have several special zines from friends tucked around the house. I’ve only ever made one myself, but I wonder if now is the perfect time to get back to it! Here’s a great article on zines finding new audiences and ways of sharing through social media.

Does anyone lose out with these models?

Traditional publishing models are not going anywhere. A steady stream of commercial books will continue to find their way into the world. Of the publishers and models mentioned above, many do rely on selling directly to their readers, through online channels, subscriptions, etc., but you will definitely still see them in bookstores. These bookstores are often indie, local, or aligned with the publisher’s interests.

Think of clothing brands – they have ‘stockists’; they’re not available in all clothing shops. Maybe the future of bookshops will increasingly be like this, more and more specialised, or of a certain character – curatorial. Maybe we’ll go back to more bookshops having their own publishing arm, too.

On the other hand, niche presses can also be more flexibly international. With print-on-demand, they can make their books available anywhere. But it will depend on the press, as sometimes this does mean relying on monopolising companies like Amazon or Book Depository.

Importantly, how do writers fit into all this?

It’s tough to break into the traditional publishing pool, and it’s also increasingly less common that a publisher will be committed to your entire career. It’s a book-by-book market. The best publishing experience for you might be something else. It might be a meaningful process with a passionate editor, a small release to just the right group of engaged subscribers, and a long-term commitment to doing what you enjoy, doing your best, and sharing that with others.

Angela Meyer is an award-winning author and freelance editor with over fifteen years of book industry experience.