Poetry with Bruce and Bunjil

Writer Paul Mitchell's understanding of spirituality changed when he was brought into a poetry workshop with Bruce Pascoe.
Paul Mitchell 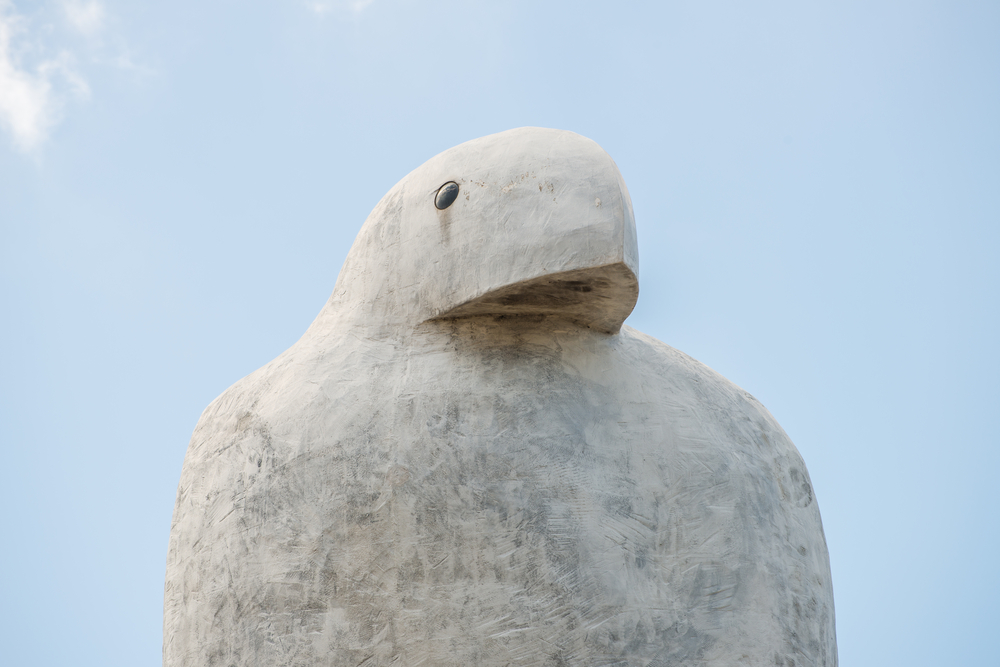 From the pine balcony of the Lake Tyers Indigenous Training Centre, you look down a grassed slope to the water. Grey clouds mill around, but the lake above the shoreline gums sparkles and glows. It’s ‘Bung Yarnda’ land, home to the Lake Tyers Aboriginal Trust where two-hundred Aboriginal people live.

Bung Yarnda was a mission for more than a century until it was handed back in 1970 to its original owners, the Gunai/Kurnai people, and the descendants of other Aboriginal people who’d been forcibly moved there.

I’m with Bruce Pascoe, Aboriginal author of Dark Emu, and together we’re running poetry workshops. Bruce is stern-faced as he grips the timber railing with his weathered hands. It’s been a tough morning as we’ve worked to win the participants’ trust. And tried to help people, one of whom is a painter, to see how poetry could be a vehicle for stories they want to tell.

‘Ah, there’s Bunjil,’ Bruce says, pointing at an eagle soaring above the gums. ‘Good of him to be here.’

I watch a bird careen then disappear behind the gums, hoping the Aboriginal creator deity’s visit will put wings on some of the participants’ creativity.

Later, I’m on the balcony again, this time with the painter. She’s struggling to figure out how this poetry thing works. Several pelicans flap over the gums and on across the lake. ‘Hey, that’s lucky,’ she says, giving the birds their name from her language. ‘You don’t see that many together often.’

She heads back inside to grapple again with my poetry exercise and I wrestle with her lesson. Her pelicans – and Bruce’s eagle – have shown me again what divides Aboriginal Australians from many of us: they are, by a Western definition, nature-mystics.

I’ve worked with members of an Aboriginal community before and people who’ve wanted to write poetry, but never both together. The Lake Tyers group took on this poetry project because they were interested, not because they were fans of TS Eliot or even Oodgeroo.

You want us to write this poetry stuff, you show us why we should.

I come out with a speech about poetry’s similarity with painting, some other ramble about stories in snapshot and the sharp view of a moment poetry can offer. I might even have said something about how poetry can have colour and movement. I don’t remember, but I felt inspired.

The painter has an ah-ha moment. Bruce had already given her and the other participants powerful speeches about the need for Aboriginal stories, how there are parts of their peoples’ histories, Australia’s history, that only they can tell. The painter’s ah-ha moment becomes a poem. Her debut in verse.

She’s a single mum with two adolescent sons, the youngest of whom is watching his mum make her discovery. He looks up from the graffiti style art he’s sketching. He goes back to it, with what looks to me like more purpose.

‘That made sense, what you said,’ his mum smiles, and she shows me her poem about the difficulty of making changes in your life when you’re Aboriginal. It’s fresh, the words heartfelt. Later, this painter who didn’t think she could write a poem records herself reading it with her eldest son backing her on guitar.

Over three days, participants tell difficult, tragic, bright and hopeful stories in poetry. I hear about purpose-built shelters that saved kids from getting a beating from rampaging drunk whites. Poems about how participants’ animal totems revealed themselves to them in the wild, and others about yearning for lost culture.

Some lines imagine looking at earth from the moon, swimming with sharks, days when trees should be allowed to be pink. But always there’s the revelation of how Aboriginal culture can’t die, and how the Dreamtime, like the Christian view of the reign of God, is both now and forever.

The workshops finish and I’m driving the highway back to Melbourne. Some Aboriginal people have learnt, to their amazement, that they could write poetry. They had giant stories to tell that fitted neatly into just a few lines on a page. But, as usual, they’ve taught me more.

I’m seeing rivers as living creatures, clouds and birds as messengers, and hearing the heartbeat in sunsets. The participants – and Bruce – have woken in me again a poetry that has nothing to do with pages, words, rhymes or Western understandings of meaning.

This is an edited extract from Paul Mitchell’s Matters of Life and Faith, a collection of essays on parenting and spirituality.

Paul Mitchell has published six books including a novel, We. Are. Family., and three collections of poetry. His latest book is Matters of Life and Faith, a collection of personal essays.