Lost for words after Beirut – How trauma stifles expression

Former journalist Shaya Laughlin found herself unable to write when she was caught in the recent Beirut explosion (her home for the last two years) and in this trauma struggled to express herself when it mattered most.
Shaya Laughlin 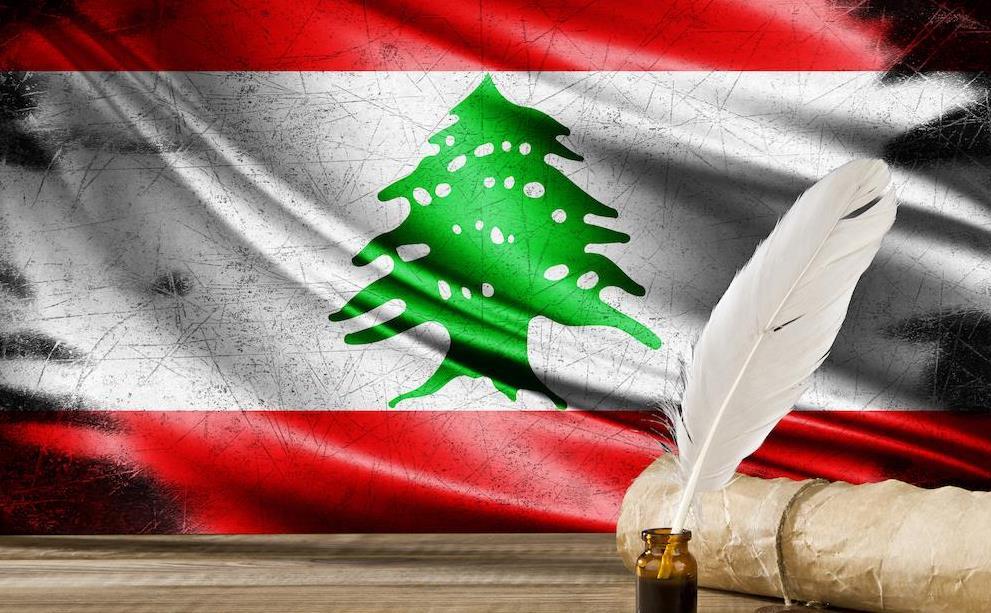 For former Journalist Shaya Laughlin, writing about trauma was a challenge, even though it was her occupation for many years. Image Shutterstock

Murder scenes, fatal car crashes, drownings and interviewing grieving families were all part of my usual daily work as a young journalist in Australia.

For years, I always found the words for the next day’s newspaper. Sure, sometimes I cried on the way back to the newsroom but somehow I managed to stay detached. From time to time, a particularly distressing story haunted me at night. Writing poems repeatedly soothed me back to sleep. Prose not only helped me to process upsetting events that I was sent to cover but also helped me through life’s common hardships. Sentences and paragraphs flowed for me, one way or another.

My ability to find these words was violently taken away in the Beirut explosion on August 4, at 6.07pm.

I was sitting at my desk by the window, studying Arabic, which I have been learning in Lebanon for two years. Little did I know that a fire had started at the Beirut Port only 2km away. Explosive materials were allegedly incorrectly stored and exploded within minutes, blowing up the city. At least 200 people were killed, 7,000 suffered injuries and 300,000 were left homeless.

The sound of glass shattering is what I remember most distinctly. After being thrown across my room, I saw that a piece of my window had carved a nasty cut in my foot. Blood was dripping.

My survival instinct kicked in quickly. I wrapped my wound with the closest piece of fabric, checked that my housemates were fine,  grabbed my passport and some money, then hobbled down the five sets of stairs of in building, in case of another explosion.

The rest is mostly a blur.

Unable to walk properly, I sat on a chair downstairs, waiting to be picked up. Beirut was in chaos and it took my friend about two hours to drive from his office, just a few kilometres away.

In the meantime, I watched the aftermath of the explosion unfold around me. People were heading to the hospital down the road from my apartment to seek urgent treatment for their wounds. Overwhelmed doctors and nurses, already at capacity from the COVID-19 pandemic, were only admitting the critically-injured. A few were being resuscitated in the parking lot in what looked like a war zone. In the background, the sound of ambulance sirens and the wailing of those who had lost loved ones was deafening. Some of my memories are more vivid than others. Shocked children being rushed to the emergency ward; elderly couples limping and looking for their relatives in clothes which were now blood-soaked.

Waiting, I couldn’t stop myself thinking: ‘I should be reporting this. Or taking photos. Anything. People need to know’.

Years of journalism had ingrained this in me. Yet, helplessly nursing my wounded leg, I could not bring myself to take a single photo or write one word. Should I have? I don’t have the answer but the question ate me up inside for days.

My friend finally arrived and we evacuated to the Bekaa Valley – an hour’s drive away – to stay with his family. Along the road, we stopped at a rural hospital so I could get stitches in my foot.

My phone began to be inundated with messages. At first, family and friends sought reassurance that I was safe. Later, as Australia was waking up, several journalists with whom I had previously worked were asking for information. The messages they sent me scarily resembled the thousands of generic ones I had sent to disaster victims in the past when asked to cover a story. I agreed to answer a couple of their queries but quickly found it too difficult to process my thoughts, let alone articulate them. The words were gone.

According to psychologists, this is a common response to trauma. To me, it also felt like a betrayal. Numbed by too many emotions and pain-killers, I was impatient for the words to come back. I desperately wanted to throw all my grief and anger onto paper but simply starting was overwhelming.

How could any of my words – especially as a young foreigner – possibly make a difference while my Lebanese friends were still in the capital, standing up to their own politicians and army in mass protests?

After years of being told that journalism was the brave Fourth Estate, ink suddenly felt so insignificant; especially against the decades of widespread corruption and political mismanagement in Lebanon being blamed for the explosion. How could any of my words – especially as a young foreigner – possibly make a difference while my Lebanese friends were still in the capital, standing up to their own politicians and army in mass protests?

I shared my confusion with my former newspaper editor, who over time became a close friend. I was ashamed to tell her that, despite her lengthy mentoring and even a hostile environment training camp, I was unable to write what had happened. Her answer stated the obvious but was like a revelation to me: ‘That’s because you are human and you feel – and it didn’t feel right for you… and all this is ok.’

With this in mind and purely for myself, I started jotting down my feelings on paper each day:

When I returned to my flat ten days later, I sat at my desk where I had been during the explosion. Looking out onto the street from my now glass-less window, I witnessed the solidarity among the Lebanese people who were busy helping each other recover from yet another crisis. In the past year alone, they had dealt with a popular uprising, political instability, a financial meltdown, a pandemic and now an explosion. Their resilience, despite everything, gave me hope.

Then the words came back.

Perhaps they needed time and kindness to flow again.

Shaya Laughlin is a freelancer writer based in Lebanon. She is finishing her Masters of International Relations at the University of Saint Joseph, specialising in Middle East and post-conflict studies. Prior to that, she worked as a humanitarian aid worker in refugee camps at the Syrian border in Lebanon and in Serbia. Her career started in Australia where she worked for five years as a newspaper journalist for News Corp.